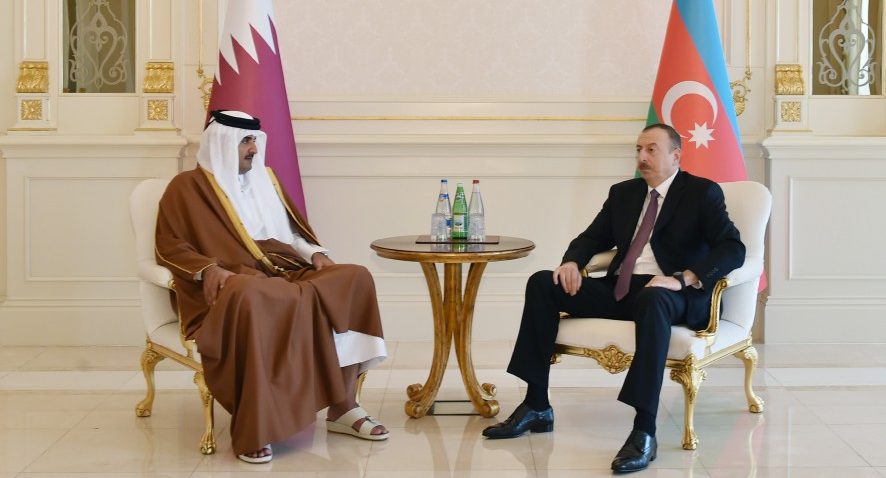 Official reciprocal visits by the leaders of the two countries opened broad prospects to enhance cooperation. The 2016 visit of H H the Amir to Azerbaijan is believed to have launched a new era of bilateral relations across all sectors of growth and development. President Aliyev visited Doha in February 2017.

During that visit, both governments signed several bilateral agreements and memoranda of understanding, including forming the joint economic, trade, and technical committee for building the basis for economic and trade relations to a level corresponding to the distinguished diplomatic ties between them.

Today there are political and economic dialogue mechanisms between Azerbaijan and Qatar, and they successfully cooperate within the international and regional organizations.

The two sides discussed issues of expanding cooperation between the two countries in the fields of economy, trade, mutual investment, including alternative energy, transport links, tourism, and the use of existing potential.

After the meeting between both foreign ministers, Bayramov announced that an agreement on the mutual exemption from entry visa requirements for holders of ordinary passports between the people of both countries had been reached. He stressed that this would contribute to the promotion of tourism between the two countries.

In an interview with The Peninsula in 2020, Deputy Foreign Minister of Azerbaijan, H E Mahmud Mammad-Guliyev stated that the potential for increasing trade in both directions remains high because both countries can offer more to each other now.

Currently, over 10 Azerbaijan-Qatari companies work intending to increase commercial alliances between the private sectors of both countries. So far, bilateral trade between Qatar and Azerbaijan is reported to have reached QR47m in 2020 compared with QR5m in 2019.

Qatar’s diplomacy is a blue print for Arab diplomatic renaissance as it continues to engage with countries worldwide with the same interests in global peace, security and economic sustainability.