Officials of Qatar Chamber and Azerbaijan’s Board of SME Business Development Agency held a meeting yesterday to discuss ways to enhance commercial ties between Qatar and the southwestern Asian country. 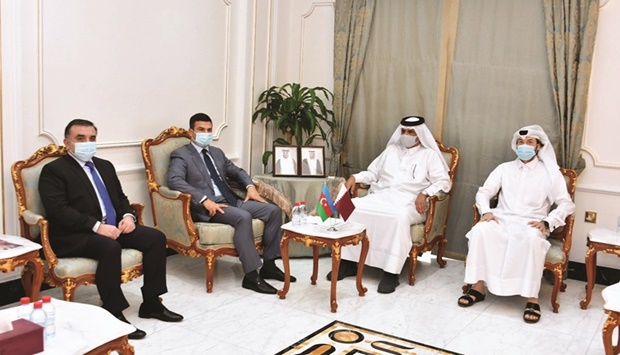 Despite “strong relations” between Qatar and Azerbaijan, “their trade exchange is still below aspirations,” said al-Kuwari during the meeting with a delegation led by the agency’s president, Orkhan Mammadov. Ambassador of Azerbaijan to the State of Qatar, Rashad Ismayilov, also attended the meeting.

He also underscored the importance of establishing a joint business council between businessmen of both countries, noting that it will play a key role in examining investment opportunities available on both sides and stimulating businessmen to further co-operate.

“The Qatar economy is open and highly welcomes Azeri products, which are competitive and of high quality,” he added.

Mammadov underscored Azerbaijan’s “strong will” to enhance economic and commercial partnerships with Qatar, saying there is significant interest from the Azeri side to further develop co-operation with the private sector to increase trade.

He also expressed the readiness of Azerbaijan to export by sea or air a wide variety of products to the Qatari market. Mammadov stressed the desire of Azerbaijan to set up a Qatari-Azeri Business Council to bolster ties of both countries’ businessmen.