Many commentators on the Caucasus have suggested that the real sticking point in the delimitation of the Armenian-Azerbaijan border is the area around the Lachin corridor which links Armenia with what was once the Armenian statelet of Nagorno-Karabakh. 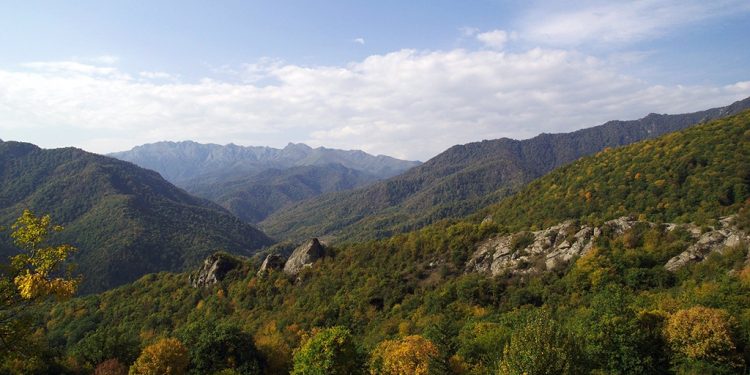 They suggest that the two sides could in fact make progress in the delimitation of the border north and south of that region and thus move to fulfill what Vladimir Putin has urged the presidents of the two countries to do in the coming weeks. But that ignores the issue of other Armenian and Azerbaijani exclaves, something that could be an equally serious obstacle.

There are two kinds of exclaves along the Armenian-Azerbaijani border: districts set up by the Soviets as part of one republic but populated by the ethnicity of the other and entirely surrounded by its territory and villages with Armenian populations in the past near but not in Qarabagh and whose former residents want that to be reflected in any settlement.

Baku journalist Geydar Isayev says these enclaves are of two kinds, districts the Soviets set up as part of one republic and populated by the ethnicity of the other and entirely surrounded by its territory, and villages with Armenian populations in the past near but not in Qarabagh and whose former residents want that to be reflected in any settlement (windowoneurasia2.blogspot.com/2021/08/ethnic-exclaves-other-than-qarabagh-add.html).

Azerbaijan’s advance in the 2020 fighting recoverd for Baku what had been known as “the seven villages” — Baganis Ayrum, Nizhnaya Askipara, Kheirimli and Gizilhajili on the Azerbaijani side of the Soviet border but which had been controlled by Armenia and populated by Armenians since the early 1990s, Isayev says.

Four other villages north of Qarabagh, Verkhnaya Askipara, Sofulu, and Barkhudarly, were recognized by the Soviets as Azerbaijani enclaves within Armenia, populated by ethnic Azerbaijanis until the early 1990s and governed from the Azerbaijani side of the borders.

In addition, to the south of Qarabagh is another Azerbaijani exclave, the historically Azerbaijani village of Karki, that the Nakhichevan Autonomous Republic of Azerbaijan until Armenia drove out the population and governing institutions.

Last summer, Armenian Prime Minister Nikol Pashinyan said that he would “prefer to exchange the exclaves and not take under control land within the borders of another country.”  But Baku officials want to restore Azerbaijani control of these villages because that would give Baku a strategic military advantage.

Moreover, officials at the Azerbaijani Committee on Refugee Affairs say that Baku wants to see all those forced to leave “the seven villages” settled on territories that Azerbaijan has restored its control of rather than insisting on their return to the places of their former residence (youtube.com/watch?v=c3KW81myM4U&t=1s).

The crux of the problem is this: Baku argues that the state border between Armenia and Azerbaijan must follow the administrative one between the Armenian SSR and the Azerbaijan SSR of Soviet times but has not addressed in any detail how it wants to resolve the exclave issue by exchange or simple transfer.

A simple exchange of territory would work to Armenia’s advantage as the Armenian exclaves which remain are more than twice as large as the Azerbaijani ones, 124 square kilometers to just under 50, with the exception of one near Nakhichevan which while smaller would were it returned cut off the planned reopening of a transit corridor (zerkalo.az/anklavy-i-delimitatsiya-pojdet-li-azerbajdzhan-na-predlagaemyj-pashinyanom-obmen/).

In a new commentary, the Azerbaijani Wind from Apsheron blog suggests that progress is possible via exchanges in most of the cases is possible, even though the current or former populations of the exclaves would oppose it, but that movement on Kyarki near Nakichevan is likely impossible via an exchange of territory (kavkaz-uzel.eu/blogs/83772/posts/51222).

That being so, a piece of territory few outside the region have ever heard of may kill the Putin-initiated push for territorial delimitation between the two countries and that in turn makes future military moves to resolve these problems more rather than less likely and more explosive because they would involve troops from one country crossing into the territory of the other.