In a telephone conversation with Azerbaijani President Ilham Aliyev on Monday, Bulgarian President Rumen Radev said that the development of the energy partnership with Azerbaijan strengthens the real diversification in natural gas supplies not only for Bulgaria but also for the European Union, quoted the presidential press office. 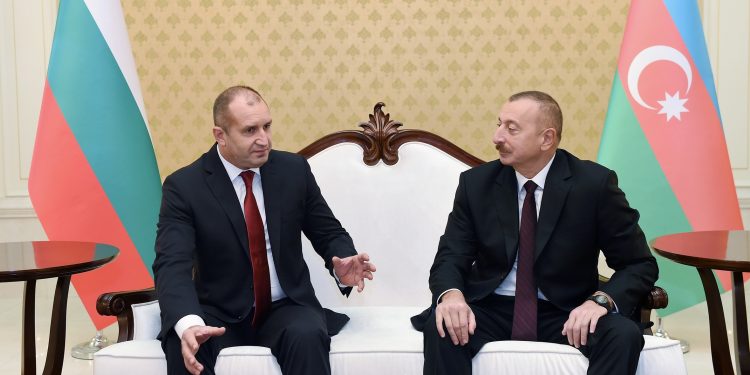 The two heads of state discussed current issues of energy co-operation, as well as the deepening of political dialogue at the highest level.

The two shared the common position that the delayed construction of the gas interconnector between Bulgaria and Greece in recent years is the main obstacle for Bulgaria to import the entire volume of one billion cubic metres of natural gas per year from Azerbaijan, for which a bilateral agreement has been signed. Radev said that measures have been taken to catch up and that the commissioning of the gas interconnection with Greece is expected to take place next year. He called for flexibility in the implementation of the bilateral agreement for natural gas supplies from Azerbaijan to Bulgaria, so as not to take into account the country’s losses until the actual construction of the natural gas transmission network is done.

President Aliyev expressed readiness for dialogue on the matter and noted that in addition to exporting natural gas to Bulgaria, Azerbaijan already supplies electricity to the country through Turkey.

Radev renewed his invitation to President Aliyev to visit Bulgaria at a time convenient to him, saying the visit would contribute to deepening bilateral dialogue at the highest level, as well as to developing co-operation between the two countries.