Russian businessman Ruben Vardanyan, who has reached considerable "heights" in international money laundering and financial fraud, will add perhaps the most nonsensical and inglorious entry to his resume this week. 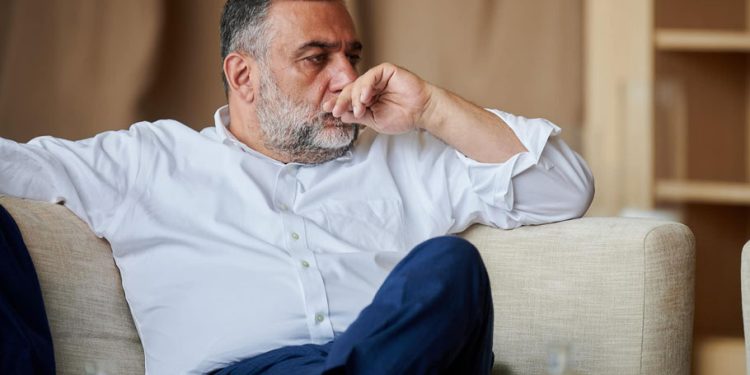 After “abandoning”, according to his cover story, his entire billion-dollar fortune and allegedly “signing over” all his “hard-earned business” to his family and partners, Vardanyan solemnly announced that he would renounce his Russian citizenship and dedicate the rest of his life to the fictional nation of a non-existent “state” that has lost all hope of being recognized. A selfless act born out of the call of the heart, roots, ancestors, land, sky and something else… And from now on all his thoughts, energy and activities would be given to… this little community remaining on a small piece of land, counting down its last years of wandering the world in search of some mysterious and never found “miatsum”.

What a Diocletian. Or another Ivan the Terrible, who left the throne and went to Aleksandrovskaya Sloboda. Or even Hymon Roth from The Godfather II, who, as we know, “never thought about himself,” but made money “for his friends”.

So, there has been a new arrival on the planet of “parallel realities” today. The newly-minted hermit was appointed “state minister”—that is the new line in his resume—replacing Artak Beglaryan, the mere sight of whom used to make one cry.

You know, from the outside it may all seem so unrealistic that Vardanyan can be called both a complete fool and a genius strategist at the same time.

He certainly has a talent for swindling: in this department he really surpassed many of his colleagues, who broke bad and embarked on a path of fraud, underpaying taxes to the treasury of the state that once had given him home, thereby robbing poor government employees, retirees, students, and the disabled. But, if we leave aside his entrepreneurial activity and look into his first steps in the pseudo-political field… What is this: an absolute political incompetence, the inability to think ahead, to assess the reality “on the ground” and face the inevitable or, on the contrary, some elaborate game plan, using the so-called “Artaskh” and the Armenian population of this Azerbaijan region as a sacrificial pawn?

The former is unlikely. Even a child can see that “miatsum” no longer has a future. Of course, it never did, even when the Armenians enjoyed their best days. Much less now. The marks left by the heavy “Iron Fist” will remain on the body of Armenian separatism for a long time to come. And even the most naïve of Karabakh Armenians can foresee their immediate future, looking just two or three years ahead. Therefore, it is doubtful that Ruben Vardanyan seriously harbors any other illusions.

What is it, then?

Everyone and their brother have mentioned that Ruben Vardanyan is a project of… to put it diplomatically, “one particular tower” of a very famous architectural ensemble. We will not, of course, reveal everything we know, and we know quite a lot. At least, as much as we need. We know, for example, that the so-called “Artsakh”, to the questionable future of which Vardanyan publicly vowed to dedicate the rest of his life, is just a springboard for his leap into the capital of the nearby state. Needless to say in what capacity (or, more precisely, in whose place), and most importantly, as a conductor of the interests of which state that carved and sent this Pinocchio to the South Caucasus. And why say it anyway? People get citizenship, people give up citizenship. Is it really important when the world history knows many examples of proxies and other puppets? The enthronement of their man in the outpost that state has no intention of losing will, according to the plan of the backstage Tigrans and Petrosyans, return all the investments they have made in this complex game of chess. And Vardanyan knows a lot about investments, especially those promising considerable laundered returns. This explains the associated costs, such as the purchase of real estate for the commander of the Russian peacekeeping contingent, General Volkov, and the employment of his relatives in the Russian government. All this is being done in anticipation of the coveted jump from the successor of the clown Artak Beglaryan to a much more substantial and, most importantly, more legitimate office.

But do the naïve residents of Khankendi and the surrounding villages know that this time they are being used as sacrificial pawns on a chessboard?