They have negative impact on the situation in the region and cannot contribute to improving dialogue between Azerbaijan and Armenia as they lead to unjustified civilian casualties in both countries, Foreign Ministry Spokeswoman Maria Zakharova noted. 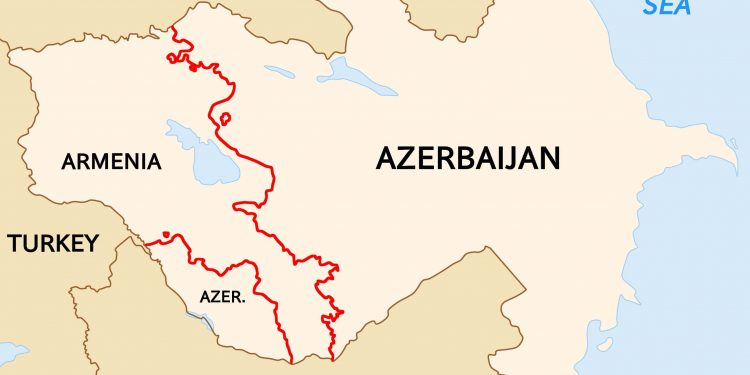 Moscow is concerned about any kind of tensions on the border between Azerbaijan and Armenia, Russian Foreign Ministry Spokeswoman Maria Zakharova said at a briefing on Thursday.

“We are certainly concerned about any kind of tensions along certain parts of the Azerbaijani-Armenian border. It certainly has a very negative impact on the situation in the region and cannot contribute to improving dialogue between Azerbaijan and Armenia as it leads to unjustified civilian casualties in both countries,” she pointed out.

According to the Russian Foreign Ministry spokeswoman, the early launch of efforts to determinate the border between Azerbaijan and Armenia can help to ease tensions, so Moscow is ready to provide mapping information to support these activities. “Russia has drawn up a number of documents that can take discussions to a meaningful level,” Zakharova noted. “The foreign and defense ministers, as well as the border services of the three countries continue consultations on the matter,” she added.

Zakharova emphasized that a trilateral working group led by the Russian, Azerbaijani and Armenian deputy prime ministers, established in accordance with agreements made by the three countries, had held several rounds of substantive talks. “We expect that the group will resume its sessions soon. In our view, it would make it possible to move on to the gradual implementation of joint infrastructure projects, which is fully in the interests of Armenia, Azerbaijan and the entire South Caucasus,” the diplomat noted.

Tensions exploded in the Nagorno-Karabakh region on September 27, 2020, when renewed clashes erupted between Azerbaijan and Armenia. On November 9, 2020, Russian President Vladimir Putin, Azerbaijani President Ilham Aliyev and Armenian Prime Minister Nikol Pashinyan signed a joint statement paving the way for a complete ceasefire in Nagorno-Karabakh. According to the document, Azerbaijan and Armenia maintained the positions that they had held, several districts were handed over to Baku, and Russian peacekeepers were deployed to the line of contact and along the Lachin Corridor.