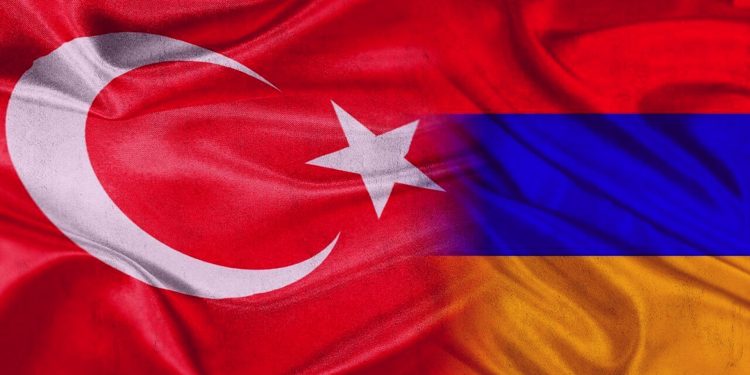 Despite all the aspirations of Armenians, Macron did not dare to openly lobby for Yerevan`s interests, but, on the contrary, he proved to be a champion of peace talks between Azerbaijan and Armenia.

There is no doubt that the same result awaits Armenia in the negotiations with the US. Washington’s sudden activity towards Yerevan appears to be pursuing entirely different, far from pro-Armenian goals. So, does Armenia even have a chance to gain real support from the West, and will Moscow let it go into the Western embrace?

Pashinyan’s rush to the West as an attempt to form a front against “Azerbaijani aggression” has clearly not justified itself. Certainly, no one is going to beat his chest and demand sanctions against our country for “Armenian happiness”. It is possible to sympathize with the “Armenian grief” a little, but to get involved in the PR of Armenian politics is too much. Everyone knows perfectly well that Azerbaijan is literally dragging Armenia to the delimitation of the border, but Armenia is holding back hysterically. Even if you do not go into the history of both the region and the conflict, it’s clear who is muddling here. Yes, the well-known gang of pro-Armenian American senators has come up with a bunch of unfounded statements against our country, working off a bounty received in advance, but in this case, the trained agents of the lobby have not surprised us at all.

It must be said that the Armenians had great hopes for France, saying that Paris would settle everything. As if the experience of the 44-day war has not taught them anything, when Macron who received harsh diplomatic rebuffs from Baku and Ankara, did not dare to develop debates on this issue, realising that “it was not his war”.

Pashinyan’s working visit to Paris, which, according to Yerevan, was supposed to end with the intensification of pressure on Azerbaijan and Macron’s menacing warning to Baku, has clearly failed. Already in Paris, it became clear that the French president can only act as an objective arbiter in the dialogue between the parties and does not intend to threaten anyone.

As the Armenian media sadly testified “Macron seems to shy away from the scenario proposed by Yerevan on the level of the UNSC, marking his position with words of a general nature. He called, as usual, for “de-escalation and resumption of negotiations without delay”, and said he ‘intends to talk to his Azerbaijani counterpart Ilham Aliyev’.”

However, he kept his word and called Ilham Aliyev. True, contrary to Yerevan’s dreams, he did so with quite a different message and piety. However, there were inventors in the Armenian opposition media who literally twisted the tone of the conversation, adding explicitly that “the head of state once again urged Ilham Aliyev to return to the ceasefire regime and withdraw his troops to their initial positions”. But the official chronicle says quite the opposite – that the presidents “spoke about the soon commencement of peace talks between Azerbaijan and Armenia”. This is clearly not what Yerevan had hoped for. It is precisely Yerevan that does not need peace talks, it has other ambitions.

However, former Azerbaijani Foreign Minister Tofig Zulfugarov told Caliber.Az that the situation should be considered deeper and broader, linking it primarily to the fading of Russia’s influence, and military and political dominance in the region.

“One way or another, this process is inevitable, and it was accelerated by the war in Ukraine and the current crisis state of Russia itself. Based on the situation, Armenia is looking for an opportunity to strengthen its relations with the West, and to get guarantees of military and political security from it. And the West, seeing this, is also playing its own game with Armenia. We see a number of pro-Armenian statements from the US and Europe to make this process attractive for the Armenian public,” the diplomat points out.

He has no doubt that all these statements have little relation to the Armenian-Azerbaijani peace process and are far from being proposals of a “mediator”.

All these political messages are aimed at getting Armenian votes ahead of the midterm elections to Congress, that’s all because the Democrats are not in a very good position and they fear losing their majority in the House of Representatives, Zulfugarov pointed out.

“Therefore, all these apparent attempts at mediation, arranging meetings between Baku and Yerevan, in my opinion, have nothing to do with the real Armenian-Azerbaijani negotiations but are only aimed at the internal and external Armenian audience,” the diplomat stressed.

According to him, the same is true for the actions of President Macron, which did not meet Armenians’ expectations. “Because any mediator understands that if his mediation is one-sided and responds to the position of one side, it will definitely fail,” he stated.

Therefore, Macron’s calls and President Biden’s strange letter, which mentions some mythical “Karabakh people”, are all links in the same chain, the experienced diplomat explains. Links in Armenia’s transition from a Russian outpost to a new state, where Armenia becomes part of the Western alliance’s game in the region.
In reality, according to Zulfugarov, this political movement of the West towards Armenia is quite artificial, since the West’s true entry into the region, especially after such a shameful exit from Afghanistan, is possible only from Türkiye, which is the embodiment of its presence in the region. Simply because the entire NATO political and military infrastructure in the region is concentrated there.

“Therefore, the real West can come to Armenia only from Türkiye, and all the desires of Armenians to create some kind of anti-Azerbaijani and anti-Turkish coalition are doomed to failure,” the diplomat stressed.

Zulfugarov believes, however, that if Russia withdraws from the region, from Armenia, there is no reason to assume that Moscow will want Armenia to be lost as a whole.

“I think fragmentation of Armenia is inevitable, especially in the context of Russia’s desire to maintain control over communications in the region without allowing Western influence in this sphere. We are talking primarily about the Zangazur corridor,” the diplomat said.

The history and practice of relations between Russia and Türkiye, in his opinion, shows that if Russia will concede Armenia to anyone, it will prefer Türkiye as the most predictable partner that meets the interests of the Kremlin.

“Therefore, inevitable and uneasy turbulence awaits Armenia. Objective analysis shows that such a transition of Armenia from Russia to the West will be extremely difficult,” Zulfugarov concluded.