The military-political situation in the South Caucasus region became one of the main subjects of discussion during the visit of the acting Prime Minister of Armenia Nikol Pashinyan to Russia. By the way, this is the Armenian leader’s first foreign trip after the recent snap parliamentary elections. 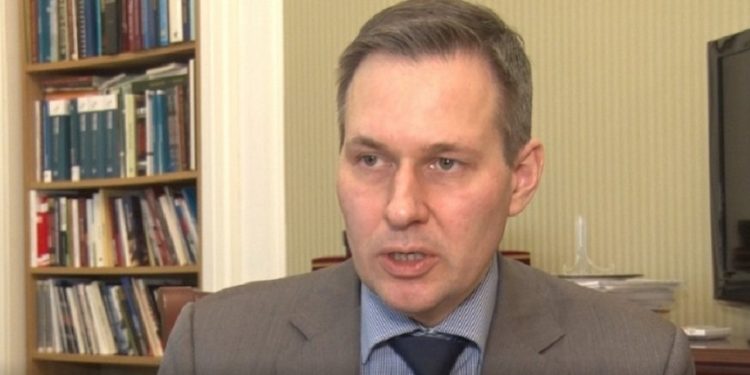 Alexander Artamonov, a military analyst at the Pravda.ru media holding.

Before the meeting between Russian President Vladimir Putin and acting Armenian Prime Minister Nikol Pashinyan Yerevan media reported that the agenda would include the issue of deploying Russian peacekeepers on the border of Armenia and Azerbaijan. Then the Press Secretary of the Russian President Dmitry Peskov denied that a document related to the deployment of Russian peacekeepers on the Armenian-Azerbaijani border would be signed at the meeting.

On the eve of Nikol Pashinyan’s trip to Moscow, the talk of the need to find new allies to resolve security issues resumed in Armenia with new vigor, since they “cannot count on Russia and the CSTO anymore” (quote from the Lragir newspaper). That was the reaction to the CSTO Secretary General Stanislav Zas saying that the aggravation of tensions in the south of Armenia related to the new border demarcation was a “border incident” and thus did not fall under the provisions of the CSTO Charter on collective defense. Secretary of the Security Council of Armenia Armen Grigoryan even had a telephone conversation with Stanislav Zas, urging him to show restraint in his wording, so as not to jeopardize constructive efforts to resolve the situation.

Ruben Rubinyan, an Armenian MP from the ruling party, also spoke out, referring to the CSTO Secretary General’s statement about the situation on the Armenian-Azerbaijani border as “strange”.

In his interview with Caliber.Az, Alexander Artamonov, a military analyst at the Pravda.ru media holding, first of all, put an emphasis on the words of the Secretary of the Security Council of Armenia Armen Grigoryan, who “had the nerve to admonish the CSTO Secretary General Stanislav Zas, saying that it was inappropriate to respond in this way to the events on the Armenian-Azerbaijani border”: “In my opinion, such a response is at the very least unbalanced and contradicts the very logic of the development of relations in the Russia-Armenia/Russia-Azerbaijan/Azerbaijan-Armenia triangle.”

What do you mean?

First of all, it needs to be said that Stanislav Zas is not the first person to tell the Armenians that the CSTO is not a pro-Armenian organization, the purpose of which is to support Armenia as an outpost of Russia in the Caucasus. Let me remind you that the former CSTO Secretary General Nikolai Bordyuzha during one of his visits to Yerevan pointed out to Armenia that Russia has its own interests, which do not necessarily align with Armenian ideas. That caused a public outcry (in Armenia—Ed.) then, and now we see that Stanislav Zas confirms the same approach in his own words and assessments.

Let’s see how much of an exclusive, unconditional and strategic partner in the South Caucasus Armenia is to Russia. In my opinion, the Russian Federation has never bet only on Armenia. Moscow prefers the role of a mediator—being above, rather than inside the conflict. Why is Russia allied with Azerbaijan? Had Moscow taken Armenians’ side and pursued a pro-Armenian policy in the world arena, then it probably would not have so many defense contracts with Azerbaijan. This cooperation has been developing for many years and involves arms deliveries, including those of strike weapons.

Could you name those weapons?

Those are Mi-35M helicopters, Solntsepyok thermobaric systems, Smerch multiple rocket launchers, Msta-S self-propelled howitzers, Pion self-propelled artillery systems, T-90 tanks—about 100 units, and there is also an option being implemented (more than 180 units in total), and many more, including Kornet anti-tank guided missile systems (ATGM) and others. So, Russia does not feel constrained, supplying weapons to Azerbaijan, which should, it seems, provoke protests on Yerevan’s part.

There are many agreements (over 270) signed between Russia and Armenia. But there are also agreements between Russia and Azerbaijan for multibillion-dollar supplies, and there is a special, I would say, privileged relationship between Moscow, Baku and Ankara taking shape. Of course, the Armenian side does not like this.

Coming back to the CSTO, this organization will never stand up for purely Armenian interests for several reasons. First, Russia is building a deep, trusting and business relationship with Azerbaijan. Russia will never give up on it. Second, the CSTO is not just Russia. It is also Kyrgyzstan, Kazakhstan, who are naturally inclined towards an alliance with Azerbaijan and will never oppose Baku. It means that the line on which Nikol Pashinyan is building his policy, just like his predecessors, including the former militant Robert Kocharyan, is wrong.

And yet, for some reason, Armenians believe that Russia must fight the Turkic peoples, and the CSTO is the instrument to make Russia do that. But this is not the case. And the anti-Russian sentiments in Armenia in 2006-2007 did not come from nowhere. As Turkish analyst Sedat Laçiner pointed out in his article in Turkish Weekly in 2007, Armenians are trying to build something on Russia, on the CSTO, not realizing that this goes against the interests of the Russian people.

Let’s take a look at the border incident that made Stanislav Zas speak out. It has to do with the completely normal process of border demarcation in the Zangezur-Syunik region. I cannot help recalling that when Armenians declared their independence in the early 1990s, they made an attempt to seize Nakhchivan. This caused a conflict with Turkey, who gave a hard, fast and correct response to another attempt on the territorial integrity of Azerbaijan.

The current demarcation cannot but cause protests among Armenians. They spread across this land, they built houses and settled in. And now a very painful process begins—the territory has to be demarcated. But why didn’t Armenians care about this when 750,000 Azerbaijanis left their homes in Karabakh and surrounding districts? They really should not bring up several dozen families whose feelings are hurt because the Azerbaijani military are carrying out the normal demarcation process where the state border should have always been.

Nikol Pashinyan visited Moscow yesterday, July 7, and the purpose of his visit is clear…

Yes, it is about the CSTO and the stabilizing role of Russia. What does Pashinyan want? For Russian peacekeepers to stand along some parts of the Armenian-Azerbaijani border. But we will do well to remember that Russia will never go for a conflict with Azerbaijan. A conflict with Azerbaijan does not benefit Moscow. It runs counter to all of its allied, commercial interests and agreements with both Azerbaijan and Turkey—everything that has been decades in the making.

Russian peacekeepers stand only in the places agreed with both the Azerbaijani and Armenian sides. Moscow will not let Yerevan walk all over it. Armenia will not be “the tail that wags the dog.” Unfortunately, the whole Armenians’ line of behavior is based on what the Turkish-Armenian journalist Hrant Dink once said. He said that the Armenians have poison in their blood—their entire identity is built on their enmity against Turks, which conflicts with the Armenian interests.

Armenia is surrounded by Turkic states and Turkic population. The first president of Armenia Levon Ter-Petrosyan also once said that Armenia always sets impossible goas for itself and therefore always loses. An attempt to conquer Nakhchivan, an attempt to conquer Karabakh, an attempt to raise some kind of border claims against the Turks… It always ends in a loss. Armenia, as Levon Ter-Petrosyan noted, constantly builds its relations on the conflict with the Turkic peoples.

Armenia’s position is destructive for Armenia itself. It shares borders with Azerbaijan on one side, with Turkey on the other, and in the south it has Iran with 30 million Iranian Azerbaijanis. Armenia is a small state that has no borders with Russia and is surrounded by an ocean of Turkic peoples.

The line that the Armenian leadership continues to push in fact leads to the destruction of the country. The Armenian economy shows it clearly. What did Azerbaijan do when it had it hard after losing 20% ​​of its territory? The country began to develop its economy. What about Armenia? A small, poor state without funds or opportunities that keeps losing its population. Where does that population go? Oddly enough, to Turkey, among other places. The population of Armenia now is about one and a half million—not even two million where there used to be more than three. Compare this with the situation in Azerbaijan.