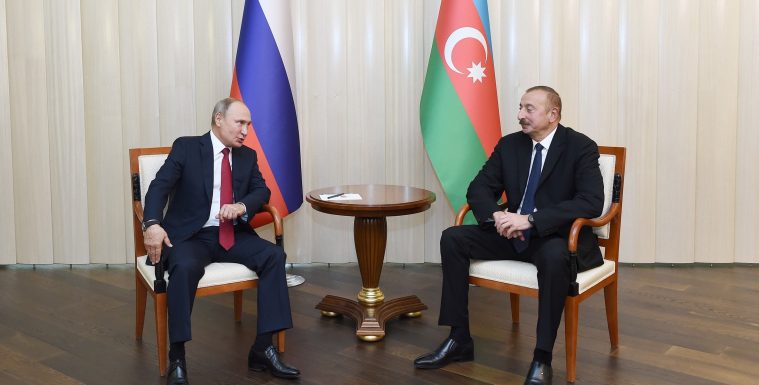 Russian President Vladimir Putin and his Azerbaijani counterpart Ilham Aliyev have held a telephone conversation to discuss the situation in the Nagorno-Karabakh region, the Kremlin press service said in a statement on Thursday.

“The parties discussed the situation around Nagorno-Karabakh and were pleased to note that the situation is generally stable and there are no violations of the ceasefire,” the statement reads.

According to the Kremlin press service, Putin and Aliyev took into account Russian Deputy Prime Minister Alexei Overchuk’s Baku talks when considering efforts to boost economic and transport ties in the South Caucasus based on the statement that the leaders of Russia, Azerbaijan and Armenia had made on November 9, 2020.

“In this regard, the parties welcomed the activities of the Working Group co-chaired by the three countries’ deputy prime ministers,” the statement said.