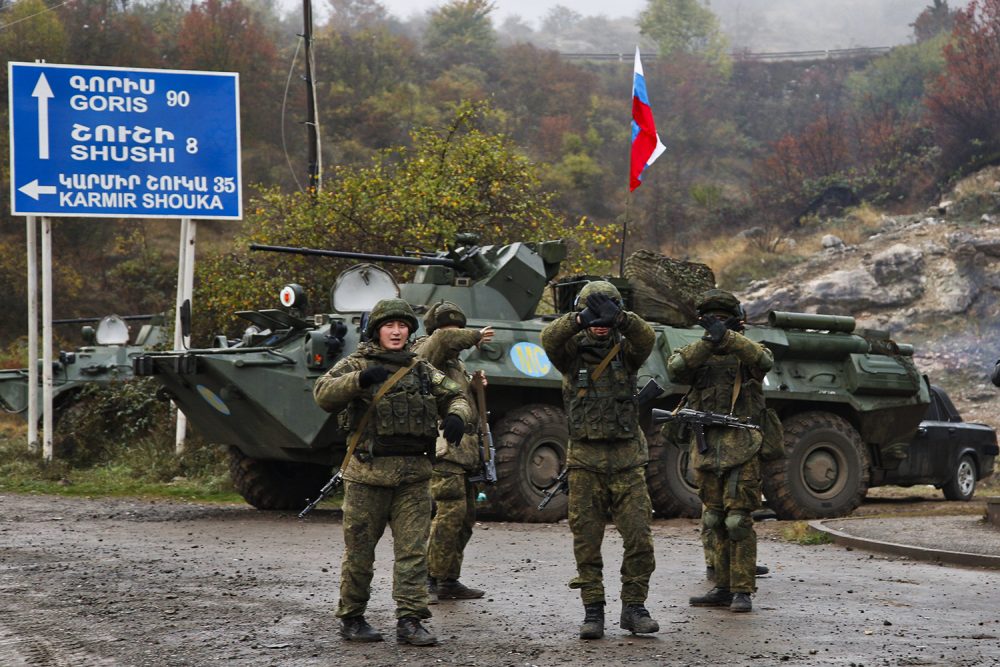 One of them is that Azerbaijan found itself in an information vacuum at the very beginning of the conflict, and the international community, including the Soviet public, could get information about the causes and origins of the conflict, the events in the then NKAO, and the war between Baku and Yerevan, only from the Soviet and foreign press sympathizing with the Armenian separatism. That information blockade was broken a long time ago, but a certain prejudice imprinted in the memory of some people in those years extends to the current events.

The second reason, in our opinion, is that the part of Russian society sympathizing with the Armenians naively believes that the conflict was between Christian Armenians and Muslim Azerbaijanis and feels that their “brothers and sisters in faith” need their support and protection from Azerbaijanis. Meanwhile, it is a fact that the conflict in Karabakh was not religious, but territorial, caused by the Armenian claims, and that a number of National Heroes of Azerbaijan, who laid down their lives in the war for the sovereignty and territorial integrity of Azerbaijan, are ethnic Russians: Yura Kovalev, Igor Makeyev, Sergey Senyushkin, Victor Seregin, Mikhail Slesarev.

Finally, not many Russians are aware that at the dawn of the Armenian-Azerbaijani conflict, during the First Karabakh War, Soviet and Russian military personnel dispatched to the region to prevent the escalation of the conflict never saw an ounce of gratitude from the Armenians. More than that, the latter often bit the Russian hand that was ensuring their safety. In 1990-1994, Armenian militants regularly carried out armed attacks on military units of the Soviet (after 1991, Russian) army and the Internal Troops of the USSR/RF Ministry of Internal Affairs stationed in Armenia and Karabakh in order to seize their weapons. Bearded Armenian insurgents ambushed and took Soviet/Russian military personnel hostage, demanding ransom in the form of weapons and military equipment.

Here are some stories that clearly show how the Armenians “thanked” the Russian people—to refresh the memory, first of all, of those Russian citizens who sympathize with the aggressive policy of Armenia and support their territorial claims against Azerbaijan.

In 1990, the Armenian terrorist organization ASALA, together with the Armenian nationalist leaders of the NKAO and the so-called “Karabakh liberation army”, planned a number of assassinations. The targets were: Viktor Polyanichko, the second secretary of the Central Committee of the Communist Party of Azerbaijan, Chairman of the Republican Organizing Committee for the NKAO, General Safonov, Commandant of Karabakh, and Colonel General Rodionov, Commander of the Transcaucasian Military District. The reason was these people’s active efforts to establish constitutional order and disarm illegal Armenian armed groups. The most serious attempt on General Safonov’s life was made in Rostov-on-Don in April 1991, when the Armenian terrorists shot by mistake and killed Colonel Blakhotin from the logistics services of the internal troops of the Ministry of Internal Affairs of the USSR in the Northern Caucasus and Transcaucasia Colonel Blakhotin and wounded his driver. Action was taken promptly, and the perpetrators were detained and brought to trial—all of them turned out to be Armenians.

On May 19, 1990, Lieutenant V. Poyarkov with a group of soldiers in two vehicles set out to check the posts. Near the settlement of Garavellar of Gadabay District of Azerbaijan, the group was attacked by about ten Armenian militants. The officer and the soldiers received fire from assault rifles, grenades were thrown at them… 22-year-old Lieutenant V. Poyarkov was killed in the first seconds of the attack, with five automatic bullets in the chest. One of the drivers, Private Yu. Sedorishin, was wounded (Krasnaya Zvezda, No 118 (20393)).

Another release from the press organ of the Ministry of Defense of the USSR/RF dated July 4, 1991: “While the leadership of Armenia at all levels is trying to present the Armenian population of the regions bordering with Azerbaijan as victims of the Internal Troops of the USSR Ministry of Internal Affairs and units of the Soviet Army, illegal militant groups that remain disarmed use the confusion and commotion to continue with their dirty deeds. Senior Lieutenant S. Strizhak was wounded by a gunshot from a passing Niva vehicle in the area of the settlement of Yeras on July 2 at 22.15. On the same night, a group of unknown persons on the western outskirts of the town of Sisian attacked a military patrol. Sergeant A. Babenko was killed and Private A. Belukha was wounded in the attack. No information is yet available about the losses among the militants, investigation is underway.”

On January 9, 1991, the car carrying Salatin Askerova, a reporter of the Youth of Azerbaijan newspaper, and military personnel of the Interior Ministry of the USSR, came under fire from Armenian militants on the way from Lachin to Shusha near the village of Galaderesi, Shusha District. The Armenians shot the journalist and the battalion commander Lt. Col. Oleg Larionov, Major I. Ivanov, Chief of Staff of the Lachin District Commandant’s office, and Sergeant I. Goyek, who were accompanying her, in cold blood. The militants knew and saw who they were attacking…

On the night of March 3, 1992, a paratrooper company of the Russian Airborne Forces under the command of Senior Lieutenant Igor Yulpatov repelled attacks by Armenian militants in Karabakh for six hours as the latter were trying to seize the weapons being transported out of the region by the Russian military.

But the most abominable and bloodiest crime against Russian military personnel was committed by Armenian militants on July 10, 1992. On that day, bearded Armenian men cold-bloodedly shot five Russian paratroopers who had taken part in the rescue of victims of the earthquake in Spitak in 1988. Major of Justice Ushakov wrote about that crime: “On July 10, 1992, five Russian paratroopers were killed in Leninakan. Then the Armenian side, represented by Deputy Defense Minister Abrahamyan and the commander of the military units of Shirak District Vardanyan, announced to the whole world about the ‘criminal actions of the Russian military’. The latter allegedly had run over a child and fired their weapons, and the Armenians returned fire. The press of the “new democratic Russia” highlighted only one point of view, portraying the paratroopers as criminals. The killed paratroopers were demonized. The dead do not care. But their families and friends are still alive, they know that these men did not besmirch the honor of the Russian soldier in any way.”

On that day, Armenian armed groups ambushed 15 Russian paratroopers of the 21st separate airborne assault brigade of the Russian Airborne Forces, which accompanied military equipment being withdrawn from the Kirovakan Division. A. Shapovalov, O. Yudintsev, N. Maslennikov, E. Poddubnyak, M. Karpov were killed by the Armenian militants in the ensuing battle.

Some Russian media covered this story in 1992, and yet very few in Russian society remember and know the “heartfelt” gratitude the Armenians showed to the Russian warriors who had helped relieve the consequences of the natural disaster in December 1988. Sadly, not one of the murderers of the Russian paratroopers in Armenia was punished, although the investigation team of the Chief Military Prosecutor’s Office of the Russian Federation established that the Russian paratroopers had been killed as a result of a prearranged ambush. The then Armenian Deputy Defense Minister Abrahamyan watched the crime being committed from the sidelines.

In his autobiography Life and Freedom, ex-President of Armenia Robert Kocharyan, too describes incidents of attacks on Soviet and Russian servicemen.

“We decided to meet with a group of high-ranking Russian military officials led by General Grekov who had arrived in Stepanakert and try to come to an agreement. Serzh Sargsyan and I went to the first meeting, which was organized at the home of one of our men. We sat down and had a talk. We made it clear that they would not be able to take out the equipment in any case, we would not let it go easily. That if they attempted to do it, we would fight. I asked if they, the Russian military, were ready to fight us. <…> The more unstable the Soviet Union got, the easier it became to get weapons from the military. We began to seize weapons and ammunition,” Kocharyan writes openly in his book.

It is surprising that despite it all, a certain part of Russian society continues to sympathize with the aggressive aspirations of Armenians. There were even calls from marginal circles during the 44-day war to send Russian volunteers to Armenia and Karabakh to “protect the Armenians”, waving around the long-tired clichés about “oppressed Christian brothers”, “the right of the Karabakh Armenians to self-determination” and so on. Few of those people wondered for a moment if it even made sense to send Russian military personnel, including peacekeepers, for protection of those who so many times had shown the Russian people rank ingratitude in return… Is it worth it? Let the mothers of the Russian soldiers who became victims of the Armenian nationalists in the early 1990s answer this question.