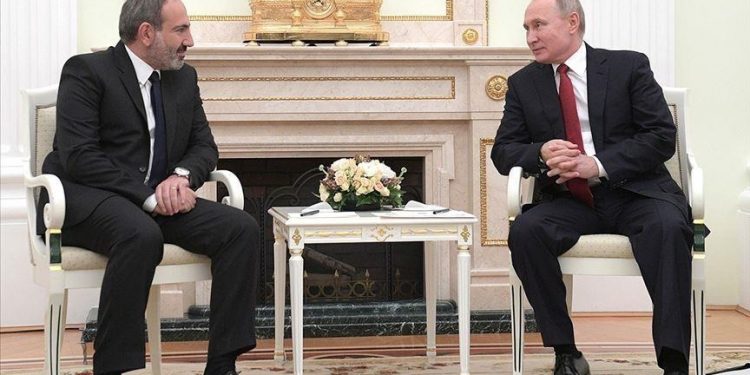 Top leaders of Russia and Armenia will meet in Moscow on Tuesday, the Kremlin announced.

President Vladimir Putin and Prime Minister Nikol Pashinyan are expected to review the implementation of the November 2020 and January 2021 agreements between Russia, Armenia, and Azerbaijan on Nagorno-Karabakh, read a statement issued by the Kremlin on Monday.

They will also discuss “further steps to reinforce stability and promote economic connectivity in the region” as well as “bilateral ties and interaction within integration associations in the Eurasian space,” it added.

Russia brokered an agreement in November 2020 to end last year’s clashes between the former Soviet republics of Azerbaijan and Armenia.

Relations between the two have been tense since 1991 when the Armenian military occupied Nagorno-Karabakh, also known as Upper Karabakh, a territory internationally recognized as part of Azerbaijan, and seven adjacent regions.

During the 44-day conflict, Azerbaijan liberated several cities and nearly 300 settlements and villages that were occupied for nearly three decades.

The Nov. 10, 2020 deal mediated by Russia also included future efforts for a comprehensive resolution of the dispute.

On Jan. 11 this year, the leaders of Russia, Azerbaijan, and Armenia signed a pact to develop economic ties and infrastructure to benefit the entire region. It also included the establishment of a trilateral working group on Karabakh.