Russian troops were attacked in Nagorno Karabakh, Baku is silent

The military conflict in Nagorno-Karabakh subsided the brief war between Armenia and Azerbaijan last year. However, there is a real danger that it will resume, this time with Russia’s participation. 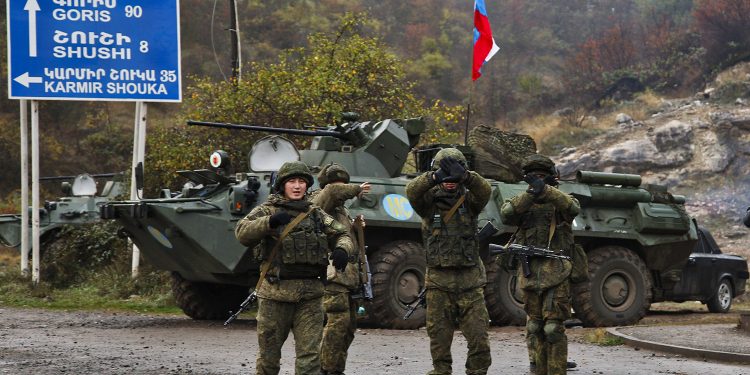 Sources close to the Russian Federation’s Defense Ministry say Azerbaijani soldiers have fired on Russian border patrols in the Zangilan region on the Azerbaijani-Armenian border. No casualties have been reported so far. Azerbaijan officially denies such an incident, but Russia has written it. Moreover, the Russian Ministry of Defense sources claim that the Russian commanders-in-chief in the region have explicitly banned a return fire to avoid casualties and a new conflict.

The incident came just a few after Azerbaijani President Ilham Aliyev officially threatened and at the same time accused Russia of trying to launch a missile attack on the capital Baku with the Iskander-M ballistic missile system.

A press release issued by the Russian peacekeepers’ command in Nagorno-Karabakh read: “Units of the state border service located in the village of Seyidlyar of the Zangilan region of the Azerbaijani-Armenian border, as well as the positions of the border service of the FSB of Russia, located in this area, were fired upon”

We remind you that since the end of the war between Armenia and Azerbaijan at the end of last year, this incident, which happened a few hours ago, is the first serious one for the region and the conflict.