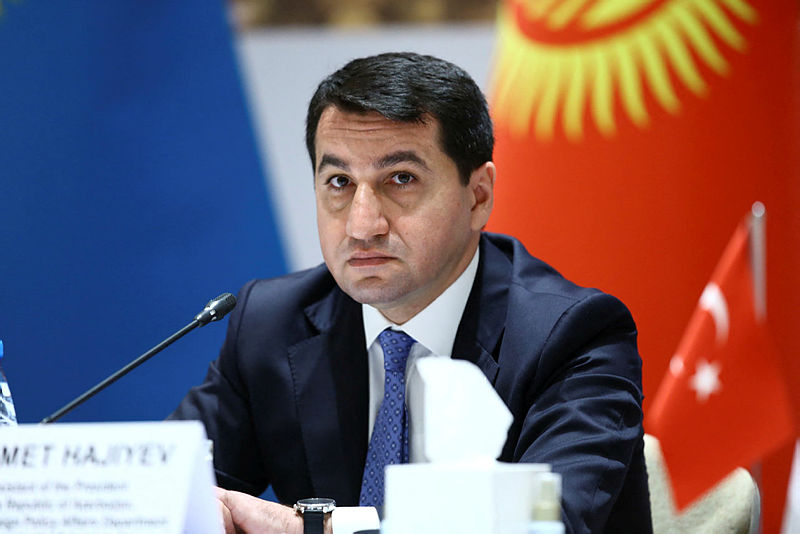 “Bodies mark site of Karabakh Massacre” said the Times, reporting mainly civilian dead, mostly women and children — including a small girl of which “only her face was left.” Reuters, on the scene shortly after, relayed how child victims “had their heads cut off, and many had been burned.”

What happened that day to over 600 civilian victims, the further 2,000 more wounded or taken hostage and the 150 who today still remain missing is little known internationally. So too is the immediate aftermath of Khojaly, which saw close to a million refugees and internally displaced persons forced to flee their homes, and a further 5,000 Azerbaijani civilian deaths across the Karabakh region.

Indeed, neglected is any international acknowledgment that Khojaly was part of a more expansive, and organized, plan to cleanse the Karabakh of ethnic Azerbaijanis. Yet former Armenian military and political leaders have themselves publicly confirmed it was precisely so. According to Serzh Sargsyan, then-Armenian minister of defense and later president: “Before Khojaly, the Azerbaijanis thought that they were joking with us, they thought the Armenians were people who could not raise their hand against the civilian population. We needed to put a stop to all that.”

“Armenians and Azerbaijanis are ethnically incompatible,’‘ said Robert Kocharian, another former president, in a highly criticized speech to the Council of Europe only months after the end of the 1990s conflict.

That this is overlooked is wrong. Today, the 1994 genocide of Rwandan Tutsi and the 1995 Srebrenica massacre are universally acknowledged, their instigators, directors and designers tried in international courts. For thousands more — victims and perpetrators — there has been organized reconciliation, a form of justice. This has led to admission for some; for others, acceptance; for a few, forgiveness even.

For Khojaly’s victims of 1992 there are no trials of the army commanders who executed them, or the politicians who gave the orders. For survivors there is neither truth nor justice. There is nothing.

Few make the connection between the human horrors of the Soviet collapse and the events in Rwanda and Bosnia in the same decade. For those of us who felt the implosions of those years, the thread that links them all is easier to see. It does not excuse it, but at the time of Khojaly (and for some years later until they were awakened by Rwanda and then Bosnia) the West had little interest in disturbing their narrative that the only side effect from communism’s collapse was a surfeit of freedom.

We should revisit what occurred during those months after the Soviet disintegration, including at Khojaly — not least as a reminder that when nothing is done, and no one is held accountable, then the repeating of history is rarely avoided. Indeed, sure enough it was with the purposeful, intentional targeting of civilians in the 44-day Armenia-Azerbaijan conflict of 2020 when Azerbaijani cities and civilians hundreds of miles from the military front line were struck by Armenia’s SCUD and Iskander ballistic missiles.

This should be no surprise when the perpetrators of crimes committed in Khojaly and elsewhere on Azerbaijani territory during the war of the 1990s today enjoy impunity, and in some circles are even glorified. Compare this to the Balkans where no one now considers that acceptable, the trials of perpetrators from that wider conflict continue in the Hague to this day.

Fortunately, there is hope for change. Defeat in the conflict of 2020 has brought a new realism to Armenia and fresh determination to Azerbaijan to find a way to future peaceful coexistence. The Azerbaijani president and Armenian prime minister met one-to-one, last December. Azerbaijan has suggested starting negotiations for a peace treaty and normalization of relations, though at their earliest stage, have agreed to the building of a railway and other means of connectivity. Two Azerbaijani parliamentarians recently visited Armenia for the very first time.

These advances are promising. But they cannot overlook the fact that in the aftermath of the catalogue of horrors of the 20th century, the Khojaly massacre reminds us that ending impunity and seeking justice have been unmistakable components of reconciliation and lasting peace. History is not fully written when both those who caused it, and survivors who feel it, are still alive. Justice must be sought. Our two countries must find a way.

Hikmet Hajiyev is an adviser on foreign affairs to the president of Azerbaijan.