It is no surprise that Azerbaijani and Turkish leaders and analysts are suggesting that the Shusha declaration signed today by Presidents Ilham Aliyev and Recep Tayyip Erdoğan is historic or that Armenian commentators are denouncing it as Turkish interference in the region. 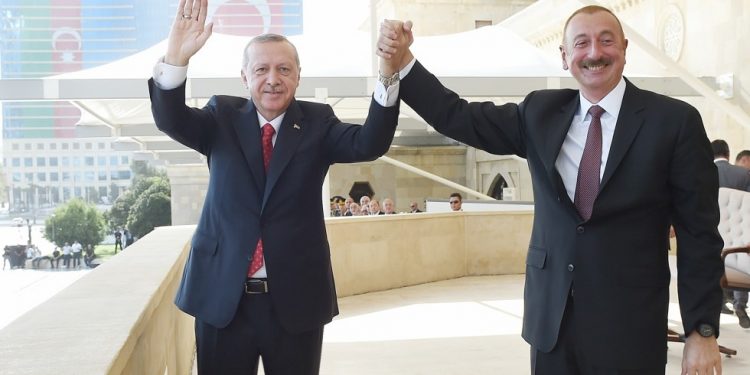 But what is important is the Moscow observer Sergey Strokan has already acknowledged that the agreement reflects and reifies “the new realities which have emerged in the South Caucasus after the Qarabagh conflict,” realities which Russia and all other countries concerned will have to take into consideration (kommersant.ru/doc/4857331).

And while no one immediately involved is saying so, the Shusha meeting may prove more important historically than the Geneva summit and represent in the Caucasus something similar to if not yet equivalent to the inclusion of Estonia, Latvia and Lithuania into the European Union and NATO.

Just as their inclusion in Western institutions changed forever the way in which they and Moscow view and deal with each other, so too Turkey’s affirmation of its role as a guarantor of Azerbaijan’s borders, its willingness to discuss establishing bases in Azerbaijan, and its promotion of the Zengezur corridor by themselves change the situation.

Moreover, the Shusha declaration reflects Turkey’s drive to lead the Turkic world and sets the stage not only for the expanded projection of Turkic influence and power into Central Asia but also will have a profound impact on Turkey’s influence on the future of Russian-occupied Crimea and on the numerous Turkic peoples within Russian borders.

It is premature to say as did one Russian telegram channel that “Turkey has in fact slammed the door to the Caucasus in front of Russia” (t.me/Wek_ru/9361), but it is reasonable to insist as Baku analysts have that Turkey is becoming the chief guarantor of a new settlement of the conflict there (kavkaz-uzel.eu/articles/365014/ and kavkaz-uzel.eu/articles/364984/).

At the very least, the shift in power relations that the Shusha declaration codifies is going to define the nature of conflicts among both the countries in the region and outside powers like Russia and the West now and in the future, a new reality that all of them will have to take into consideration even if some continue to struggle against it.