If you listened to the speeches of the myriad of political forces competing in the just finished Armenian elections, you would be forgiven for thinking Armenia was not defeated by Azerbaijan in last year’s Second Karabakh War. Armenians continue to live in ‘parallel, imagined world’ which is ‘far from reality, a dreamworld.’ 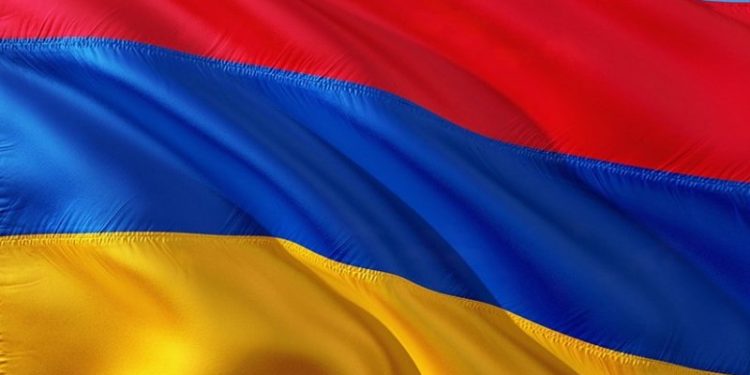 Deep-seated myths and arrogance towards its Turkic neighbours prevent an understanding as to the causes of Armenia’s military defeat by deflecting the blame on to Turkish help to Azerbaijan. An unwillingness to accept post-war reality is also feeding conspiracy mongering and spy mania in Armenia directed against the UK, with UNICEF and the mine-clearing Halo Trust under investigation for ‘espionage.’  Richard Giragosian, head of the Yerevan-based Regional Studies Centre, described the spy mania as symptomatic ‘of a post-war state of denial.’  As now, Armenia’s myth of its ‘invincibility’ after its victory in the first Karabakh War in the early 1990s ignores this was a product of civil war in Azerbaijan and Soviet and Russian military assistance. In the 2020 war, Russia did not intervene on Armenia’s side.

The June elections, which came after an attempted military coup in February, failed to end the illusionary world of Armenian politics. Armenian society is highly polarised by an election which featured ‘divisive and hostile post-war rhetoric’ with accusations Nikol Pashinian, who signed the November 2020 ceasefire agreement, called a ‘traitor’ and ‘capitulant.’

The Armenian National Congress Party led by former President Levon Ter-Petrosian, the only well-known political force which campaigned to normalize relations with Turkey and Azerbaijan, received a mere 1.54% and failed to enter parliament. Armenia’s new parliament is dominated by Pashinian’s Civil Contract party which received 54% and two openly revanchist political forces, ‘Armenia’ led by former President Robert Kocharian and ‘I Have Honor’ led by Arthur Vanetsian which together received 26%.  Although certified as having been held in a free and fair manner by the OSCE, Kocharian has contested the election results with the Constitutional Court.

Kocharian supports the rebuilding of the Armenian military, closer ties with Russia and including Armenia joining the Russian-Belarusian Union, and the retaking of territories lost in last year’s war. Closer integration with Russia is based on the hope this would encourage Russia to intervene on Armenia’s side in future hostilities – as it did in the early 1990s. Kocharian ‘still refuses to peacefully resolve the national security problem of Armenia with the Azerbaijani side’ by trying to encourage Russia to support it. This militaristic rhetoric is ‘based on fantastic calculations, pseudo-strategies and on wilfully ignoring facts,’ Armenian intellectual Jirair Libaridian believes.

Pashinian has similar policies of closer integration with Russia as those proposed by his revanchist opponents in parliament. On his watch, border posts in the south of Armenia have been control over to the FSB, Russia’s domestic intelligence service which also operates throughout the Eurasian space. Pashinian opened negotiations to expand Russian military bases in Armenia with a new base in Gegharkunik bordering the Azerbaijani province of Kelbajar. Russian soft power is increasing its influence in Armenia with Russian TV given access to Armenian air waves and the Russian language upgraded into an official language in Armenia and the Armenian enclave within Karabakh.

All Armenian political forces support Russia’s position on Crimea in the UN and other international organizations. Armenian foreign, defence and national security officials openly back Russia on Crimea. Revanchists Kocharian and Vanetsian are even more strident and less diplomatic in their support for Russia on Crimea. Ignoring international sanctions preventing economic and transportation ties with Crimea, last month Armenia launched direct flights to the occupied peninsula.

The first reality is Armenia was militarily defeated in only 44 days compared to a long seven-year war from 1988-1994 which saw Azerbaijan’s defeat. Armenia lost a large proportion of its military equipment during last year’s war and if it had not agreed to a ceasefire there would have been little left of its armed forces.

Armenia’s twentieth century Soviet military equipment was no match for Azerbaijan’s twenty first century equipped military. Iskander, the most sophisticated Russian missile, proved to be ineffective and was brought down by an Israeli Barak air defence system in the Azerbaijani armed forces. Pashinyan’s admission to their ineffectiveness nearly brought on the February military coup d’état and undoubtedly made him even more disliked by Russian President Vladimir Putin.

The second reality is Armenia must accept Nagorno-Karabakh is a part of Azerbaijan. This reality has not sunk in anywhere in Armenia. Armenian leaders continue to act, diplomatically and militarily, as if nothing changed last year.  Armenian diplomats call for continued lobbying efforts to encourage countries to recognise the ‘independence of Artsakh’ (the Armenian name for Nagorno-Karabakh). Former Armenian foreign minister Vardan Oskanyan said ‘the achievement of the rights of the people of Nagorno-Karabakh to sovereignty on their land remains the chief task of the foreign policy of Armenia.’

Revanchist rhetoric in support of reclaiming lost territories is not only an election and political issue. Since the November 2020 ceasefire, the Armenian military has continued to send sabotage units into Azerbaijan who are transported and operate without interference from Russian ‘peacekeepers.’ Armenian security forces continue to supply their proxies in Karabakh. Russian ‘peacekeeping’ forces turn a blind eye to their transportation in ‘construction’ trucks.

Armenian military personnel have been captured by Azerbaijan which is putting them on trial as ‘terrorists’. In Baku’s eyes, they are not classified as prisoners of war under the ceasefire agreement. Two groups of ‘terrorists’ captured since the ceasefire have been released in exchange for maps of mines which Armenia had always claimed never existed. Nagorno-Karabakh and seven surrounding provinces occupied by Armenia from 1994-2020 is the most heavily mined region in the world. 15 Armenian ‘terrorists’ were exchanged for maps of 97,000 mines in Agdam and another 15 for maps of 92,000 mines in Fizuli and Zangilan provinces.

The third reality flows from the second; namely, Armenia should approach in a more serious and professional manner negotiations over the demarcation and delimitation of its border with Azerbaijan. The border should be based on the inter-republican ‘frontiers’ which existed in the USSR.

Obviously, Armenia will not approach border demarcation and delimitation in a serious and professional manner until Yerevan recognises Nagorno-Karabakh is part of Azerbaijan. The two issues are obviously connected.

The fifth reality is Russia now has competition in the South Caucasus where Turkey is in for the long-haul. This was clearly seen in the June ‘Shusha Declaration’ signed by Turkey and Azerbaijan. It is unclear why this should cause distress in Yerevan as the entry of Turkey creates what former US national security adviser Zbigniew Brzezinski described as ‘geopolitical pluralism’ in Eurasia.

Armenia in denying the right of Turkey to be present in the South Caucasus,is agreeing with the Kremlin which has always claimed Eurasia is Russia’s exclusive sphere of influence. After Russia invaded Georgia in 2008, President Dmitri Medvedev described Eurasia as a region where Russia allegedly has ‘privileged interests.’

Armenia is alarmed at the prospect of Turkey possibly opening a military base in Azerbaijan. Yet, Azerbaijan has not protested Armenia hosting two Russian military bases for the last three decades with plans to expand them. Is Yerevan’s position that only Russia can have military bases in Eurasia?

The sixth is if these realities are not accepted, Armenia will face a very dim future without the normalisation of relations with Azerbaijan and Turkey. If their borders remain closed, Armenia’s economy will continue to stagnate and more people will migrate, particularly young people. The 2010 Russian census recorded 1.2 million Armenians living in Russia, or the equivalent of 40% of the population of Armenia. An economically stagnant Armenia will become even more reliant on Russia and its independence will gradually erode to that of a Belarusian-style dominion where local leaders control only domestic affairs on behalf of the Kremlin.

The war lasted only 44 days. If Armenians continue to live in an illusionary world negotiating a peace treaty will take much longer with the threat of the resumption of future hostilities.

Taras Kuzio is a professor of political science at the National University of Kyiv Mohyla Academy and author of Russian Nationalism and the Russian-Ukrainian War to be published by Routledge.