Currently, two new routes from Central Asia to western seaports are being used, albeit with restrictions – the first via the Caspian Sea, Azerbaijan and Georgia to the Black Sea, and the second by land via Iran and Turkey to the Mediterranean and Black seas. 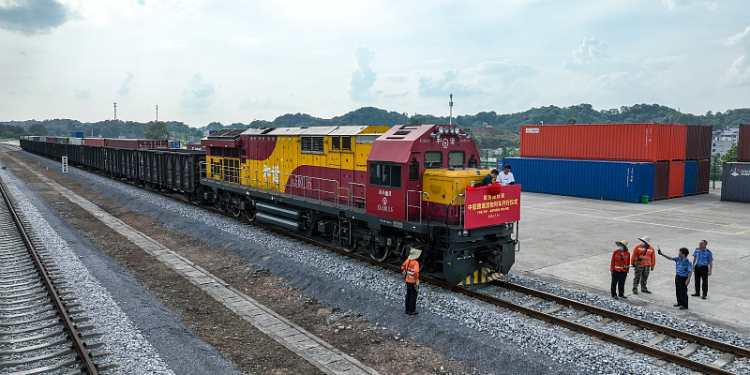 Given further restrictions on rail traffic through Russia, attempts have been made by stakeholders to activate the southern corridor via the so-called Trans-Caspian International Transport Route (TITR), with an annual capacity of at least 150,000 TEU. At the Summit of the heads of State of Central Asia held in Cholpon-Ata (Kyrgyzstan) on July 20-21, 2022, President of Kazakhstan Kassym-Jomart Tokayev stated: “For our part, we urge our partners to more actively use the Kazakhstan-Turkmenistan-Iran railway.” According to the President, this new solution makes it possible to cover more than 6,000 km in just 12 days.

Central Asian countries consider cooperation with the Caspian states one of their strategic priorities, and this provides a new impetus for multilateral relations. Uzbekistan included joining the Baku-Tbilisi-Kars (BTK) rail link to its comprehensive program to diversify foreign trade routes goods for 2018–2022. A Navoi-Turkmenbashi-Baku-Tbilisi-Kars railway corridor would connect the railway systems in Uzbekistan, Turkmenistan, Azerbaijan and Georgia with that of Turkey.

Turkish President Recep Tayyip Erdogan stated his country is actively working on using the Navoi-Turkmenbashi-Baku-Tbilisi-Kars railway transport corridor during his official visit to Uzbekistan on March 28, 2022. This railway line will allow China and Central Asian countries to provide access to the Mediterranean Sea through the Turkish port of Mersin. In addition, Ankara intends to implement a trans-Caspian transport route project with Beijing.

Currently, two new routes from Central Asia to western seaports are being used, albeit with restrictions – the first via the Caspian Sea, Azerbaijan and Georgia to the Black Sea, and the second by land via Iran and Turkey to the Mediterranean and Black seas.

To provide ferry services across the Caspian Sea, littoral countries have invested in recent years billions of dollars in developing their ports. Kazakhstan has significantly expanded the capacity of the Aktau port, Turkmenistan has upgraded the port at Turkmenbashi, and Azerbaijan has built a China-funded, $1.5 billion industrial park at  the Alyat port, south of Baku.

In addition, major work has recently been done to expand the Georgian ports of Poti and Batumi. Additionally, the new Anaklia Deep Sea Port will be the first Georgian deep-water container port with state-of-the-art infrastructure and equipment.

According to a statement from the TITR, the volume of goods transported through the southern route will increase sixfold in 2022 compared to a year earlier and will reach 3.2 million tons, as “this is due to a sharp increase in demand for the route against the backdrop of recent events taking place in the world,” the association said in a statement on May 10.

It is of paramount importance that the largest European and Chinese companies began to use the southern railway corridor. Danish logistics giant Maersk launched a rail service on the southern route in April. In a statement, the company announced that the route was launched “in response to customers’ ever-changing supply chain needs in the current extraordinary times.”

The Finnish company Nurminen Logistics on May 10 started a container train service from Chongqing to Central Europe, so the project was developed “in two months from scratch.” The route went through Kazakhstan, Azerbaijan, and Georgia to Central Europe. According to Gia Ming, manager of Ruiang International Logistics Co. in Xi’an, “In the current situation, this line is another alternative for logistics companies to stabilize exports.” The first train on the new route left Xi’an on April 13 and, passing through Kazakhstan, the Caspian Sea, Azerbaijan, Georgia, and then through the Black Sea to Romania, before arriving in Germany.

Given the political and economic support for the southern railway corridor, can we expect it  to become an alternative to the northern corridor through the territory of Russia? In the short term, this looks problematic. “The corridor accounts for about 3-5 percent of the total capacity of northern routes,” Cankat Yildiz, an official from transport company Middle Corridor Logistics, told in March. “It’s a serious option, but this doesn’t mean that it can handle all the demand from the northern side. That’s clear.”

There are more border crossings on the southern route than on the Russian route. In addition, there is a need for multimodal transfers to cross the seas, so this route is both more expensive and slower. “The main problem with the corridor is that it involves slow and costly ferry legs to cross first the Caspian Sea and then the Black Sea from Georgia to the ports of Romania or Bulgaria, or else using an underdeveloped rail route through Turkey,” as the recent report of the Asian Development Bank Institute stated.

All the above facts clearly show that the use of the Southern Railway Corridor for the transport of goods between Asia and Europe offers excellent prospects, although it poses serious challenges. The upcoming summit of the Shanghai Cooperation Organization on September 15 in Samarkand (Uzbekistan), which will be attended by the leaders of most of the countries involved in the project, can result in key decisions in the development of this global project.

Djoomart Otorbaev is the former Prime Minister of the Kyrgyz Republic, a distinguished professor of the Belt and Road School of Beijing Normal University, and a member of the Nizami Ganjavi International Center.