Substantial geopolitics: Why Azerbaijan is not afraid of region’s external threats

Azerbaijan continues to effectively tame the ardor of Armenian separatism in the region, regardless of any opposition from external forces and lobbying influence. 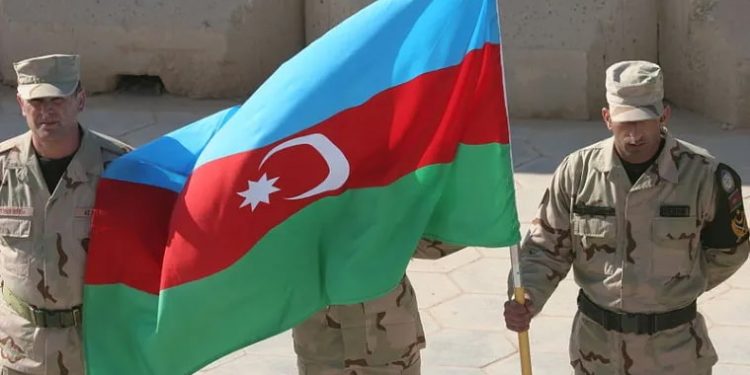 The unconditional confidence of our army and people is based on the fact that Baku has prudently created its own model of military and political superiority in the region, wisely enlisting the support of reliable friends and allies and purchasing the best, most modern weapons.

Armenian lobbyists, jealousies, and enemies of Azerbaijan, watching now how our valiant army is actively cleansing the border territories from the Armenian militants, are irritably speculating who can punish Baku and “put it in its place”. We have to admit that not all the players in the region and beyond can accept the obvious fact that Baku has significantly flexed its muscles over the past twenty or thirty years and has become an active political force in the region. In fact, they do not care at all about our country’s territorial integrity, if its absence creates comfortable conditions for domination and realization of their own interests.

Armenian lobbyists and Yerevan’s political elite, in their sermons about “taming” Baku, rely on certain countries, and leaders of certain states, who are supposedly able to put pressure on our country. However, despite such fantasies and presumptuous appeals by Armenians and their patrons, in reality, the situation is somewhat different. The fact is that Baku secured itself thoroughly long ago, earning the trust of its friends and allies. To spite, as they say, the enemies, primarily the Armenian lobby.

However, Semyon Baghdasarov, director of the Centre for the Middle East and Central Asia Studies, a Russian political scientist, told the Armenian media that in this case Russia, or more likely Iran, may protect Armenia. Baghdasarov claims that Tehran, in particular, has repeatedly promised not to allow border changes in southern Armenia, especially after the new government of President Raisi came to power there. However, in his view, the strengthening of Türkiye is not in the interests of Tehran, and he is certainly not satisfied with the strengthening of Azerbaijan, given that “there is an Azerbaijani factor in Iran”.

Baghdasarov, confident in his fabrications, is in fact simply pouring balm on Armenia’s wounds, without voicing the obvious reality, which is that Tehran has already expressed its position of non-interference in Azerbaijan’s special operations on its borderline territory. Having limited itself to saying that it does not agree with the redistribution of the Armenian border, Tehran has stopped there. Otherwise, it would have observed the redeployment of Iranian armed forces on the Armenian-Iranian border. However, even if this were to happen, there would be little more for either Mr. Baghdasarov or Armenia to look forward to.

So the Armenian lobbyists and Azerbaijan’s enemies can keep on talking and daydreaming, calling for help for “long-suffering” Armenia from one side to the other. In reality, it is Azerbaijani, Turkish and Israeli weapons that are destroying Armenian militaries on our country’s borders. For example, the Israeli drone Harop, which has already annihilated the Armenian air defence system together with the S-300 complex. It smites reliably and impressively. And, accordingly, the most direct political support of Israel itself is behind these weapons. In the case of Türkiye, the guarantee is the famous Shusha Declaration, which means Ankara’s formidable intervention if any Iranian threat factor appears on the horizon. Then, the urgent joining of Tel-Aviv to the Azerbaijani-Turkish tandem will take place. Azerbaijan also has intensive military cooperation with Islamabad – Azerbaijan, Türkiye, and Pakistan form a single military bloc. These are not all the factors of force that could affect dubious Iranian activity if it suddenly emerges.

However, Baku has secured itself in a slightly different way. Now Tehran, deciding to oppose Baku in any tangible way even in the diplomatic field, will have to risk its serious economic cooperation with it, and with Russia as well. Which is clearly superior to Tehran’s ties with Yerevan in terms of the level and prospects. The recent visit of Russian Deputy Prime Minister Novak to Baku to attend the meeting of the Russia-Azerbaijan-Iran working group on the development of the international transport corridor “North-South” is convincing evidence of how Russia and Iran have decided on their cooperation with Azerbaijan. There is also large-scale economic cooperation directly between Tehran and Baku, enshrined in a memorandum and other documents. This includes the creation of a transport corridor from Azerbaijan to Nakhchivan through Iran. So, now Tehran is going to give up everything, responding to Yerevan’s cries?

Maybe Armenia hopes for some explosion of friendly emotions in Europe, for example, Charles Michel, whom Pashinyan managed to reach? Let’s be honest: even if we assume theoretically that the EU suddenly does not care about the territorial integrity of our country, Brussels does not want to quarrel with Baku – Azerbaijan is now one of the main strategic components ensuring the energy independence of Europe from Russian gas.

There is a more objective factor, which the Armenian dreamers forget: Iran, Moscow, and even Washington are well aware that Armenian ambitions and separatism are now getting kicked in the guts in accordance with the fair formula “you get what you fight for”. And having disrupted the peace talks, the progress in the work of the same commission on the delimitation and demarcation of borders, the preparation of a peace agreement, switching to the language of provocations and shootings, Yerevan miscalculated, finding itself in a situation “outside the law”. By refusing to recognize the territorial integrity of Azerbaijan and derailing all the official talks through Brussels and Moscow, Yerevan has convincingly demonstrated to the world community its true potential for negotiations. In fact, its potential is zero.

In contrast to his recent statements, another prominent Armenian lobbyist, Konstantin Zatulin, first deputy chairman of the State Duma committee on CIS affairs, is quite pessimistic. Also clearly nullifying all Armenian hopes. Quite aware of the Armenian political fiasco, he has no doubt that Armenia is now reaping the fruits of its surrender, and should not count on anyone’s help. As to Iran, he does not mention it in his rhetoric at all. It is as if Zatulin has turned this factor off. As for Russia, according to Zatulin, it will distance itself from any intervention in the hostilities as much as possible, except that it might try to “politically reassure” Azerbaijan. However, even this is a failure – according to the Russian politician, it is difficult to achieve in conditions when Türkiye is behind Azerbaijan. Therefore, he says, “Russia is trying to use diplomatic means to achieve progress towards a peace treaty.”

That is pretty much the end of the story, except that Yerevan should be advised to heed the words of its lobbyist in order not to beg anyone in vain, not to waste extra energy and bullets. And to save the latter for itself.