Transforming Soviet administrative borders into formal international state borders is no easy task, but it is being made more difficult in the case of the Armenian-Azerbaijani one because Armenian politicians are seeking to exploit the issue to increase Russian involvement in the hopes that will allow Armenia to recover more territory. 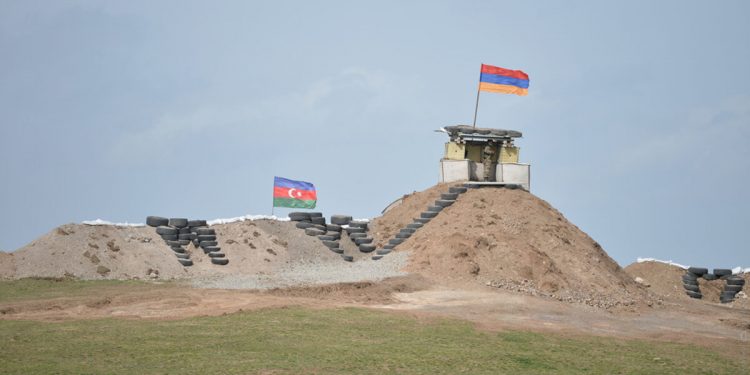 That is the judgment of two prominent security analysts in Moscow, prominent independent expert Pavel Felgengauer and Dmitry Tsyganok, head of the Russian Center for Military Prognostication in comments to the Kavkaz-Uzel news agency (kavkaz-uzel.eu/articles/364409/).

Felgengauer, for his part, echoes the conclusions of Azerbaijani observers who say that the border issue is being politicized and exacerbated by Armenian politicians not only because an election is going on there but because they hope that they can draw Russia in on their side and regain land they lost during the fighting last year.

Such Armenians hope that they can “draw Russia into a confrontation with Azerbaijan” and thus present what are “technical problems” involved in coming to terms with the new post-war situation as political and something Moscow should join Yerevan in seeking to reverse one way or another.

According to Felgengauer, “Russia does not need or want to be drawn into this conflict” even though it is explosive and likely to remain so for some time. Demarcation is going to be difficult because “maps from the USSR period are not suitable for demarcating the borders between former Soviet republics.”

“In the USSR, the lines between administrative units were designated but they were not real borders, even more between two hostile states. The borders of the Soviet republics had an entirely different status, and they were not precise as far as particular places are concerned.” It is going to take a long time and much work to change that.

Tsyganok agrees. The sides are going to have to agree about which maps, Soviet, Turkish, NATO, civilian or military maps they are going to start from. The Soviet maps are “the most exact.” But even they are less detailed than full demarcation is going to require and that opens the door for conflict.

He points to the difficulties Russia and Kazakhstan had. There and without the further complication of a long-running military conflict, it took “two to three years” of preparation to allow negotiators to begin to draw lines. And then, it took another six years to actually draw lines the two sides could agree on.

And that was the case when the two sides started with a commitment to demarcation the border. In the case of the Armenian-Azerbaijani conflict, there is no such agreement. Until there is, there is going to be little progress and there are likely to be continuing efforts by one side or the other to politicize the situation by drawing in outsiders.

What seems most likely is that Armenia and Azerbaijan will agree to the trilateral commission Moscow has already proposed with Russia as the third party and to the withdrawal of forces from areas near the border. Baku appears ready for that, but Yerevan much less so at least so far (kavkaz-uzel.eu/articles/364407/ and regnum.ru/news/polit/3282989.html).