The officials exchanged views on how to boost travel when the coronavirus is controlled with help of vaccines. 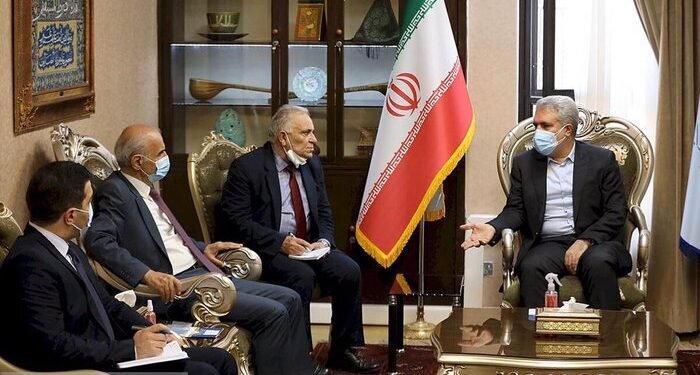 “We are ready to increase the tourism ties between the two countries. It seems, within the next few months, the tourism sector would resume as [COVID-19] vaccination is underway worldwide,” Mounesan said.

The Iranian minister attached great importance to tourism as a tool, which can foster peace and friendship between various nations.

“We pay special attention to tourism with our neighbors because we believe tourism, in addition to economic matters, helps to promote friendship between the nations. Such relationship with Armenia has been improved after the [implementation of] a visa waiver [program].”

The envoy, for his part, said many Armenians are not being introduced to Iran’s attractions. “The people of Armenia do not know much about Iran’s tourist attractions, if [enough] information is provided and tourism officials and tour operators of the two countries work in this regard, they would be interested in traveling to Iran.”

Joint work on the restoration of historical sites and monuments was another issue discussed in the Tehran meeting.

“The arena of Iranian cultural heritage is important to us because it dates back to thousands of years ago,” Toumanian said.

“We have good experience in the field of intangible cultural heritage and there are many similarities between the two countries in this regard. Armenian specialists can also help to restore the engravings of Iranian churches,” the ambassador explained.

Talking about the coexistence of religions in Iran, Mounesan said: “In different cities of Iran, including Yazd, there are places of worship for Muslims, Jews, and Christians, which makes a nation proud. We have even managed to register several churches on the World Heritage list.”

To the untrained eye, Iran’s earliest churches may seem modest structures to some but they bear testimony to a vast panorama of architectural and decorative scenes associated with Armenian culture blended with other regional cultures: Byzantine, Orthodox, Assyrian, Persian, and Muslim.

St. Thaddeus, St. Stepanos, and the Chapel of Dzordzor are three photogenic ancient churches that constitute the Armenian Monastic Ensembles of Iran, which were collectively inscribed on the UNESCO World Heritage in 2008. They are dotted in fresh and green lands of northwest Iran and are important pilgrimage sites for Armenian-Iranians and others from across the globe.

Also known as the Qareh Klise (“the Black Church”), St. Thaddeus, as one of the oldest surviving Christian monuments in the country, is situated in Chaldoran county some 20 kilometers from Maku, adjacent to the borders of Armenia, Azerbaijan, and Turkey.

The Chapel of Dzordzor stands tall on the outskirts of Maku. The name narratively originates from a famous painter Hovans Yerz, known as Dzordzortzi, who supervised the chapel’s restoration for a while.

The ancient Church shows off elaborate bas-reliefs of flowers, animals, and human figures on its façade and exterior walls. It bears verses of Old and New Testament in Armenian calligraphy as well.