On 3 June, the Russian state agency Ria Novosti published an interview with a representative of the Armenian separatist movement in Karabakh region of Azerbaijan. 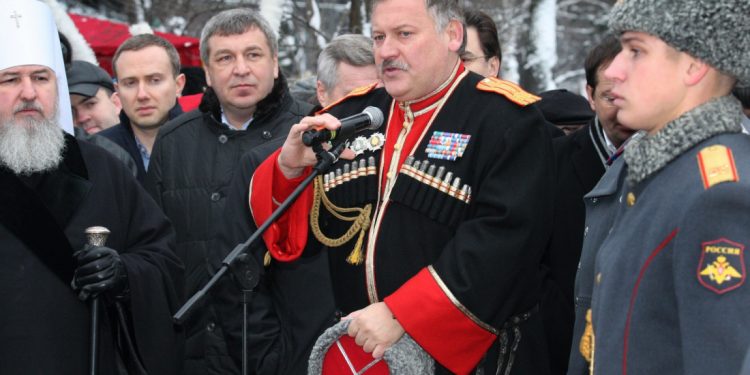 The agency, in a blatant defiance to the internationally-recognized status of the region as belonging to Republic of Azerbaijan, presented this representative as “state minister of the Nagorno-Karabakh Republic” in reference to the unrecognized structure Armenia established in the territories of Azerbaijan it formerly occupied in the wake of the First Karabakh War. This outraged the Azerbaijanis as the Russian state agency disregarded all the international agreements between Azerbaijan and Russia, including the latest declaration on allied interaction dated February 22, 2022 where Moscow reaffirmed its recognition of Azerbaijan’s territorial integrity and jointly counter separatist threats. Hence, official Baku reacted very promptly to the report of Ria Novosti and banned the agency in the territories of Azerbaijan.

Another provocative move against Azerbaijan was made by Konstantin Zatulin, a member of Russian Duma, Lower Chamber of the Parliament, and first deputy of the chairman of committee of the State Duma for the Commonwealth of Independent States (CIS) and relations with Russian nationals abroad. In the course of his visit to Armenia on June 1-4, he met not only with the current leader of the separatist movement in Karabakh region of Azerbaijan but also with former leaders of the movement as well as the leader of the Russian community in this region. This was seen in Azerbaijan as a disrespect to the territorial integrity of Azerbaijan and a provocation against the Armenia-Azerbaijan peace process mediated by Russia and the European Union (EU).

These two are not isolated cases; on the contrary, these are another manifestation of the existence of strong political groups in Russia who seek to preserve the “de-facto state” in the part of Azerbaijani Karabakh where Russia’s peacekeeping contingent was deployed in the wake of the 44-Day War in 2020. The latest provocations, carried out in stronger terms than those recorded previously since the 2020 war, came on the heels of the rise of the EU’s role in the peace process between the two South Caucasian republics. Over the last few months, any coordination between the West and Russia in the Armenia-Azerbaijan peace process faded away, and the Western sources do not expect such interaction with Russia to be possible anytime soon. These developments enrage the Russian Foreign Ministry whose spokesperson recently warned Brussels against “geopolitical games” in the South Caucasus.

Notably, after December 14, when the EU hosted the first summit of the Armenian and Azerbaijani leaders in Brussels, local experts warned against the transformation of the Armenia-Azerbaijan peace process into another area of the confrontation between Russia and the West. There were concerns that such an outcome would dramatically jeopardize the peace process and cause serious instability in the South Caucasus. The reaction of the Russian Foreign Ministry to the EU mediation in the process demonstrates that such concerns are not unfounded.

Although the EU, as expressed anonymously by an EU official to RFE/RL’s Armenian Service, might consider itself to have replaced Russia as the central player in international efforts to broker peace between Armenia and Azerbaijan, such approaches look, on the one hand, overestimating the EU’s role, on the other hand, dismissing challenges and risks that the EU may not be ready to counter.

One significant challenge is related with the still strong influence of Russia over the Armenian politics and its seemingly absolute control over the separatist groups in Karabakh region of Azerbaijan. The infuriated reaction of the pro-Russian opposition groups to the EU’s mediation and the calls by some of such groups for Armenia’s integration into the Russia-Belarus Union State or as a province into the Russian Federation, as noted by Jirard Libardian, a senior politician during the presidency of Levon Ter-Petrosyan in Armenia in early 1990s, clearly demonstrate the magnitude of this challenge. Similar forces in Azerbaijani Karabakh, as exemplified in the above-mentioned Ria Novosti report, warn the EU against any interference in the peace process and call Russia more resolute support to the entity’s independence aspirations. They are apparently inspired by the experience of South Ossetia and Abkhazia with whom they often meet and discuss their “independence movements”.

This situation generates serious security threats for Azerbaijan. It is clear that any internal or externally-orchestrated explosion in Karabakh region of Azerbaijan or along the Armenian-Azerbaijani state border might subvert the entire peace process and return the region to frequent escalations with dramatic consequences to regional peace and security.

One way to prevent such a scenario might be to pursue the peace process in a mode of compatible mediation of the EU and Russia. The fact that the second meeting of the border delimitation and demarcation took place in Moscow before the upcoming one in Brussels indicates such an effort by the sides. This can make the Armenia-Azerbaijan peace process a unique case where the West and Russia stand on the same page and encourage the two sides to find a common language in the conflicts elsewhere.

Secondly, it is important for the EU to encourage Baku and Yerevan to accelerate the peace treaty negotiations, recognizing each other’s territorial integrity and realize the transportation projects as envisioned in the latest Brussels summit (May 22).  Arguably, the signing of a peace agreement and establishment of diplomatic relations will provide more opportunities to Armenia and Azerbaijan to resolve the remaining issues on the agenda and combat jointly against common challenges and threats.