The Armenian-Azerbaijan conflict and Pallywood: The exploitation of fake Pictures

In modern wars, the parties fight not only in the battlefield but also for the hearts and minds of people across the globe. 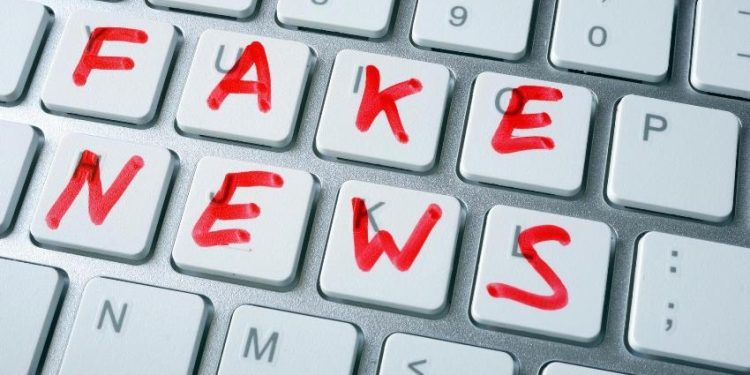 In order to enhance countries public relations, more and more social networks are used to raise awareness about conflicts. Social networks are one of the most effective means of reaching foreign audiences today.

The Palestinians have a long history of taking pictures from other situations and presenting these pictures as Palestinians who were injured during the conflict with Israel.  For example, the Palestinians displayed the picture of a young little girl, claiming that her name was Malek and she was killed in an Israeli air strike.  However, a report written by the German media proved that in fact the girl was named Sophie, she lives in Russia and she is still alive.  The German media also found that the Palestinians took a picture of a Syrian boy and his little sister with rubble in the background and claimed that they were Palestinians who were injured by Israel.    And in another instance, a display of injuries doctored by make-up artists for a medical charitable organization was presented as a video of Palestinians injured by Israel.

Armenia has also adopted these Pallywood tactics and falsified pictures to promote their public relations efforts.  According to a recent report in Freedom House, “In the aftermath of the Second Nagorno-Karabakh War, disinformation and post-truth politics have gone hand-in-hand and have contributed to an environment in which facts have lost power to emotional or belief-based appeals. The scarcity of trusted information, along with the incredibly sensitive and existential nature of the Nagorno-Karabakh conflict to Armenians, has created the ideal breeding grounds for disinformation. Manipulation of information about the war has become a powerful weapon in national politics, and individuals from the current governmental, national political elites, and conservative opposition have battled to control the dominant narrative. The Armenian public has borne the brunt of this process as it struggles to understand the war, its aftermath, and the implications for the country’s future amid a scarcity of reliable information.”

Before the videos could even be verified, social media has run wild in recent days with false allegations that Azerbaijan executed Armenian POWs and there have been members of the international community who condemned Azerbaijan based on these postings.  However, Azerbaijan’s Tourism Attache Jamilya Talibzadeh stated that the people who were killed in the video were actually Azerbaijani.

In light of this, after he condemned Azerbaijan, EU Special Representative for the South Caucuses Toiva Klaar decided to add: “Today I have been sent several videos apparently showing war crimes committed against Azerbaijanis. Also these need to be investigated and if authentic perpetrators need to be held responsible. The conflict has left deep wounds on both sides and to heal accountability is needed.”  Following this incident, Lavrina noted regarding Klaar’s initial condemnation of Azerbaijan: “It was a biased one-sided post without any clear investigation.  He referred to the Armenian propaganda and made that post.   It was wrong of him to spread the information made by the side that is spreading disinformation.”

Even during the events of July 2020, Armenians started sharing pictures of the houses fired by the Azerbaijani army. However, after the investigations, it was revealed that the fake photos used by Armenian users are photos of a house taken in Afghanistan in 2014.  On October 28, 2020, the Azerbaijani city of Barda was attacked by the Armenian army, 20 people were killed and 70 people were injured. In order to divert the world’s attention from this crime, Armenian social network users started sharing fake news and pictures about the bombing of a maternity hospital in Khankendi by the Azerbaijani army. But these efforts ended in failure. As a result of the research, it was found that the building presented by the Armenians as a hit hospital was an incomplete building.

In November of that year, Armenian hackers prepared fake lists with the names of Azerbaijani martyrs and started collecting their pictures. Not satisfied with that, they started sending messages to Azerbaijani users.  Not content with this all, the Armenians began to claim that the Azerbaijani side used mercenaries brought from Syria in the war. In this work, they were supported by an investigative journalist named Lindsey Snell. After the start of the war, they shared pictures of unidentified people on the plane and claimed that these people were Syrian mercenaries brought to the war zone by Azerbaijan. Armenian users even added comments to Lindsey’s tweet, which has no basis. However, the research carried out by the Caspian and Black Sea Analysis Foundation (CCBS) showed that the soldiers in the fake pictures used were actually pictures of soldiers who were being treated in a Turkish hospital and were killed during operations in Iraq.

The origins of Armenia’s fake news campaign date back to 1918, when Dashnak newspapers aggressively incited animosity among Azerbaijanis by urging fellow Armenians to engage in neighborhood violence. A British reporter working in the Caucasus named Scotland Liddell criticized Dashnak newspapers for regularly printing false, wildly exaggerated pieces that fanned the flames of the Armenian-Azerbaijani conflict at the time.

Armenians used these tactics a number of times. When a military conflict between Armenia and Azerbaijan erupted once more in 2016, a four-day fight broke out in occupied Karabakh as a result of Armenia’s provocations. Yerevan and its radical diaspora organizations launched a fake news campaign, accusing Baku of utilizing “ISIS fighters” against the Armenian occupying force in Azerbaijan, in order to spur international condemnation of Azerbaijan.

Armenian public relations specialists must have believed they could take advantage of the circumstance to damage Azerbaijan given that ISIS was at the time making headlines around the world and the anti-ISIS coalition was battling them.  However, in the end, many people discovered the truth and understood that neither ISIS nor Syrian mercenaries got anything to do with modern-day, multi-cultural, pluralistic Azerbaijan.

In conclusion, Lavrina noted: “We all know how Armenian propaganda works.  They create photos and videos that try to create disinformation about the situation.   We know that for the last three decades; Armenia has committed many acts of terror against Azerbaijani civilians.  Armenia speaks of Armenian victims, but the world should know how many Azerbaijani people were injured or killed during three decades of Armenian occupation.   The world should remember the two-year-old Azerbaijani girl who was killed with her grandmother while living in the frontline regions of Azerbaijan.  This is what the international community should speak about, not about fake news created by the Armenian side.”

Rachel Avraham is the CEO of the Dona Gracia Center for Diplomacy and editor of the Economic Peace Center. She is also the author of “Women and Jihad: Debating Palestinian Female Suicide Bombings in the American, Israeli and Arab Media.”