The Azerbaijani Foreign Ministry commented on the illegal visit of the secretary of the Armenian Security Council to the Azerbaijani city of Khankendi.

"The illegal visit of the Secretary of the Security Council of Armenia Armen Grigoryan to the city of Khankendi is a provocation by the Armenian side which undermines the efforts to normalize relations between the two states," the ministry said in a statement. 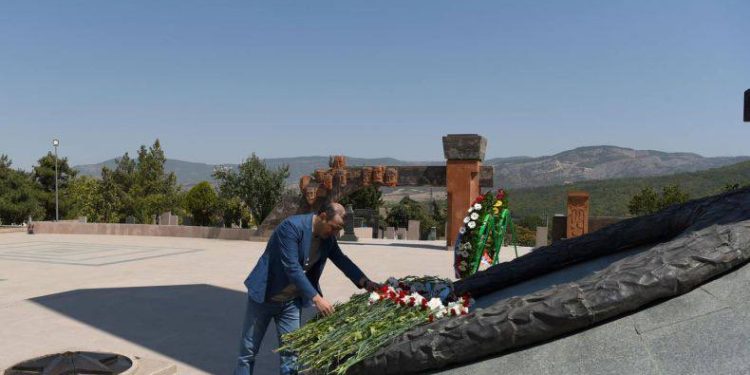 Secretary of the Security Council of Armenia Armen Grigoryan visited the memorial-pantheon in Khankendi.

“This deliberate illegal step taken by the Armenian official right after the Brussels meeting of the leaders of Azerbaijan and Armenia not only casts a shadow on the agreements reached during the aforementioned meeting but also clearly demonstrates that the Armenian side is not sincere in the process of normalization.

This illegal visit shows that Armenia’s statements that it has no territorial claims against Azerbaijan and that it accepts the principles of sovereignty and state borders are far from sincerity.

It is also an act of disrespect to the efforts of international mediators by official Yerevan.

We strongly condemn the provocative step of the Armenian official and emphasize that any steps taken against the territorial integrity of Azerbaijan within its international borders will be adequately responded to,” the statement reads.