The calm before the storm

In the beginning of this month, the Armenian National Assembly failed to elect the ruling bloc’s prime ministerial candidate. As dictated by the constitution, the parliament was dissolved. The rejected candidate, Nikol Pashinyan, deliberately resigned as prime minster to trigger the dissolution of parliament and clear the way for a snap election. 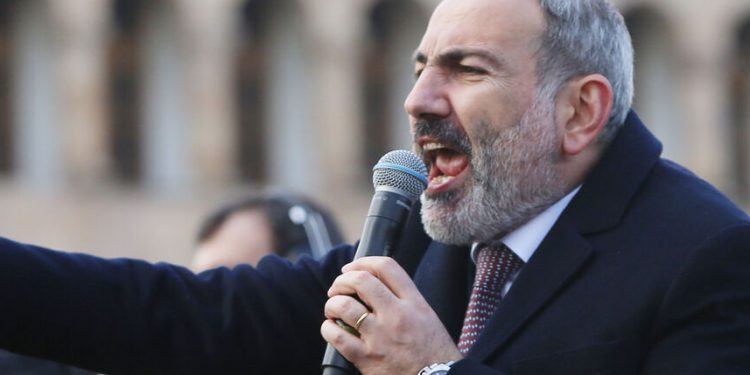 This was part of an earlier political deal between the ruling faction and opposition parties.

The aftermath of war

After the war, the government lost its broad popular support, which had been Pashinyan’s only political achievement since the early days of the 2018 Velvet Revolution. By holding a snap election, the intention is to defuse social tension, re-establish the regime’s legitimacy and press the political reset button.

Despite its defeat in the conflict and the political crisis, Nikol Pashinyan’s party ‘Civil Contract’ will probably win the election. The infrastructure improvements the regime made during its time in office had a positive impact on citizens’ quality of life and Pashinyan’s paternalistic rhetoric is relatable to his main electoral base, consisting of citizens living in Armenia’s regions.

However, the forthcoming election is difficult to predict. Immediately after Armenia’s Velvet Revolution, the main political paradigm was a confrontation between the ‘new’ and the ‘old’, seen as synonymous with ‘good’ and ‘bad’. Once the post-revolutionary euphoria died down, this paradigm lost its salience for the majority of society. The ‘new’ started to merge with the ‘old’. And society became tired of the constant recriminations and accusations.

Also, Armenia was facing a whole raft of new challenges, including the need to reform the military and ensure security, alleviate unemployment, rebuild the economy, provide security for the citizens of Nagorno-Karabakh, and improve the effectiveness of the bureaucracy and the judiciary. Armenia needs postwar reforms, and to introduce such reforms requires a constructive agenda and a competent government.

And it is precisely this that the main opponent to the current regime, Armenia’s second President Robert Kocharyan, is basing his pre-election campaign on. On 9 May, he signed a memorandum creating the ‘Armenia Alliance’. Robert Kocharyan is trying to position himself as a strong and experienced leader promising to lift Armenia out of the post-war crisis.

If no single party or pre-election alliance receives an absolute majority of the votes during the first election round, they are given a week to form a coalition. In this case, a third political force would emerge. If, in the end, there is no single party or alliance capable of forming a coalition, then there will be a second election round, in which two leading political forces would go head-to-head.

Apart from the main rivals for power, there are very few political forces with a chance of passing the five per cent threshold for parties and seven per cent threshold for alliances to enter parliament. The favourite in the race for third place in the parliament is the second largest parliamentary party ‘Prosperous Armenia’, led by multi-millionaire businessman Gagik Tsarukyan.

The former ruling party, the ‘Republican Party of Armenia’, led by the country’s third President Serzh Sargsyan, has also announced its intention to take part in the election. It will be running in an alliance with the ‘Fatherland Party’, led by former director of the National Security Service in Nikol Pashinyan’s government, Artur Vanetsyan.

Yet there’s another potential source of intrigue: the first president of Armenia and leader of the ‘Armenian National Congress’ party, Levon Ter-Petrosyan, will also be running. It is well known that Ter-Petrosyan approached his former political rivals — the second and third presidents of Armenia — to ask them to join forces and form the ‘Alliance for National Consensus’, thereby ‘not giving Nikol Pashinyan a chance of being re-elected’. But Kocharian snubbed the offer, as did Serzh Sargsyan.

There are at least two reasons why Armenia’s opposition forces are proving incapable of forming a pre-election alliance. Firstly, the Armenian opposition parties are too heterogenous, with too many differing opinions. Secondly, in Armenia’s electoral field, simple arithmetic doesn’t add up. For instance, some of the ‘Prosperous Armenia’ supporters might reject its alliance with the ‘Republican Party’, and so the 10 per cent of the one party plus 10 per cent of the other does not end up making 20, but in fact far less.

A post-election consolidation of opposition forces against the current regime is certainly a realistic scenario. But Armenia has a long way to go before it reaches that point, not least because the party led by the country’s first president, Levon Ter-Petrosyan, as well as the alliance headed by the third president, Serzh Sargsyan, will both struggle to clear the threshold to enter parliament.

Moreover, the situation on the Armenia-Azerbaijan frontline is still unstable. The recent incursion of Azerbaijani troops into Armenian territory only aggravated the tensions, and the possibility of new clashes even leading to a postponement of the election, cannot be ruled out. The instability on the border also exacerbates the domestic political situation. This is one of the main external factors influencing the election.

The role of Russia

At the moment, the military alliance with Russia and the members of the Collective Security Treaty Organization (CTS) is Armenia’s chief deterrent against Azerbaijan. Russia also plays a role in stabilising Armenia’s domestic situation. During the two political crises in the aftermath of the war — the first in November 2020, when protestors stormed both the Armenian parliament and government buildings, and the second in February 2021, when top Armenian generals called for the prime minister to step down — the Kremlin made an official statement to try and defuse the situation.

The Kremlin is indifferent about who is power in Armenia; what it wants is stability and commitment to fulfilling the conditions of the ceasefire agreement. That said, the Russian media have demonstrated a clear dislike of Nikol Pashinyan and affinity toward Robert Kocharyan.

Undoubtedly, the crisis in Armenia will not come to an end after the election — the rivalry between the country’s main political forces is too acute for that․ It cannot be ruled out that the first round of the election will end with no clear victor and no prospects of forming a coalition, thus necessitating a second round.

If, during the election and in the immediate aftermath, clashes are avoided then Armenia might see the emergence of a new political system with a strong opposition. In this case, the parliament would at last be able to ‘replace the street with a tribune’ and move the political struggle to a peaceful platform. In any case, the election will not result in consolidation. On the contrary, it will deepen the divisions that already exist in Armenian society.