The Eastern Partnership: How the EU and its eastern neighbours can work together

An optimistic Eastern Partnership Summit in December bodes well for the future of the EU’s relationship with these post-Soviet countries, writes Željana Zovko 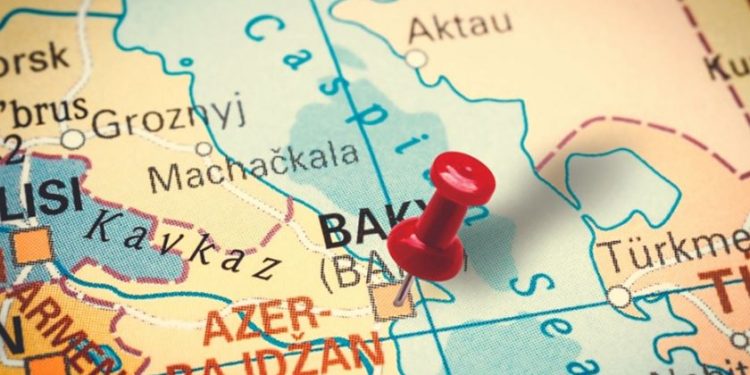 The Eastern Partnership (EaP) Summit, held last month in Brussels, was marked by optimism. The European Union, together with Armenia, Azerbaijan, Georgia, Moldova and Ukraine, have reaffirmed their commitment to strategic and ambitious cooperation based on common values and mutual interests. We can say that the Eastern Partnership, established in 2009, has been key in the EU’s Neighbourhood policy and has delivered closer relations with countries in the region.

Concretely, the ‘more for more’ principle in the EU’s strategy for the Eastern partnership has achieved success in those countries’ democratic processes and has resulted in visa liberalisation and the full entry into force of the Association Agreements with Georgia, Moldova and Ukraine.

“By engaging in the stability of our neighbourhood, we secure stability closer to home. This is an important part of our path towards greater strategic sovereignty”

In addition, relations with Armenia have taken positive steps with the recent entry into force of the Comprehensive and Enhanced Partnership Agreement (CEPA) and the signing of an agreement to join Horizon, the EU’s programme stimulating research and innovation. As standing rapporteur on Azerbaijan, I welcome the news that – after years of stalemate in the negotiation on the partnership and cooperation agreement with Azerbaijan – progress has finally been made.

In the words of the country’s President Ilham Aliyev, the agreement is more than 90 percent agreed. Senior officials have expressed hope of finalising the text by the end of this year.

That the EU shares its solidarity with its Eastern neighbours, has been evident during the COVID-19 crisis. The EU and its Member States have assisted its partners with financial support and equipment for a total value of €2.5bn, including the delivery of vaccines and assistance in vaccine deployment.

Building on the experiences from the pandemic and the prospects of outstanding challenges, December’s summit declaration demonstrates the partners’ dedication to the new EaP policy beyond 2020, which focuses on recovery, resilience and reform. With an economic and investment plan of €2.3bn, the EU aims to mobilise up to €17bn to invest in sustainable economies, digital transformation, climate resilience, inclusive societies, the rule of law and security.

Ahead of the EaP Summit, there was another high-level meeting that took place in Brussels, concerning the security situation in the South Caucasus. Following the 44-day war between Armenia and Azerbaijan, I called for stronger European engagement to bring peace and greater stability to the region.

More than a year on, the EU has played a constructive and noteworthy role as an honest broker in this conflict. President of the Council, Charles Michel, has met with both Ilham Aliyev, and Armenian Prime Minister Nikol Pashinyan, in order to lower tensions and to discuss conflict resolution in the region.

The outcome of these meetings should be welcomed, as both leaders have reaffirmed their commitment to working on resolving key humanitarian issues, the release of detainees, addressing the fate of missing persons and restoring lines of communication.

The leaders also agreed to launch negotiations on the delimitation and demarcation of the border between Armenia and Azerbaijan, for which the EU is prepared to make available an expert mission and technical assistance. Earlier, European actions to reconcile both sides following exchanges of military fire have even led to the establishment of a direct communication line between the two neighbours’ Ministers of Defence in order to prevent similar future incidents.

These achievements show that stronger European engagement with conflicted parties remains crucial for trust-building and progress in negotiations, as for our future relations with these two countries.

“Following the 44-day war between Armenia and Azerbaijan, I called for stronger European engagement to bring peace and greater stability to the region. More than a year on, the EU has played a constructive and noteworthy role as an honest broker in this conflict”

In addition to the European assistance provided to reform societies and economies, I believe that the EU should invest further in the security situation of its Eastern Neighbourhood. Belarus, the border of Ukraine, the situation in the South Caucasus, all these challenges for the region also affect the EU. By engaging in the stability of our neighbourhood, we secure stability closer to home. This is an important part of our path towards greater strategic sovereignty.

Next to the Eastern Partnership programme, we should promote dialogue, mediation and negotiations between these countries. With its broad experience in conflict resolution, cultural heritage protection, calm mediation and interreligious and intercultural dialogue, the EU can offer much more than it is currently doing. It can offer a path to sustainable and peaceful coexistence in the region, as security and stability are preconditions for any economic development.

European diplomatic actions – such as those we have seen last month – should not just be a post-crisis emergency measure. They should be part of an active and continuous European approach to our eastern region; we should equally invest more in our southern neighbourhood and the European perspective of the Western Balkans.