The leaders of Azerbaijan and Armenia met on Sunday in Brussels 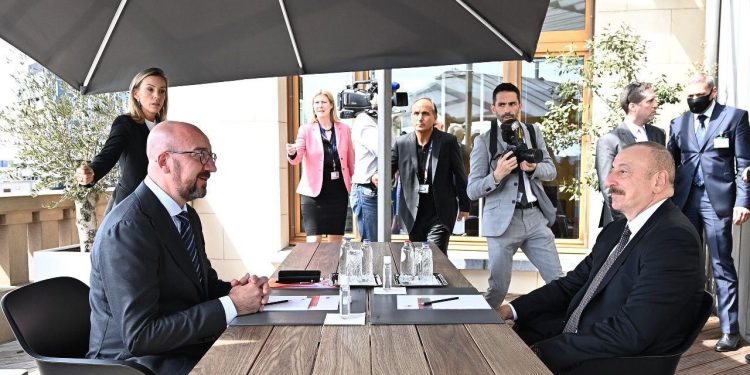 During the meeting, Ilham Aliyev highly appreciated Charles Michel’s support for the processes of preparing a peace treaty between Armenia and Azerbaijan, normalising relations between the two countries, opening transport corridors, delimitation and demarcation of borders, Caliber.Az reports with reference to the official website of the president.

He noted that it is for the third time that such meeting is being held in this format, on the initiative and with the mediation of the European Union, and thanked Charles Michel for organizing this meeting.

President Ilham Aliyev said that Azerbaijan has presented 5 principles based on international law in order to normalize relations between Armenia and Azerbaijan and sign a peace treaty, and stressed that these principles play a vital role in the preparation of the peace treaty. 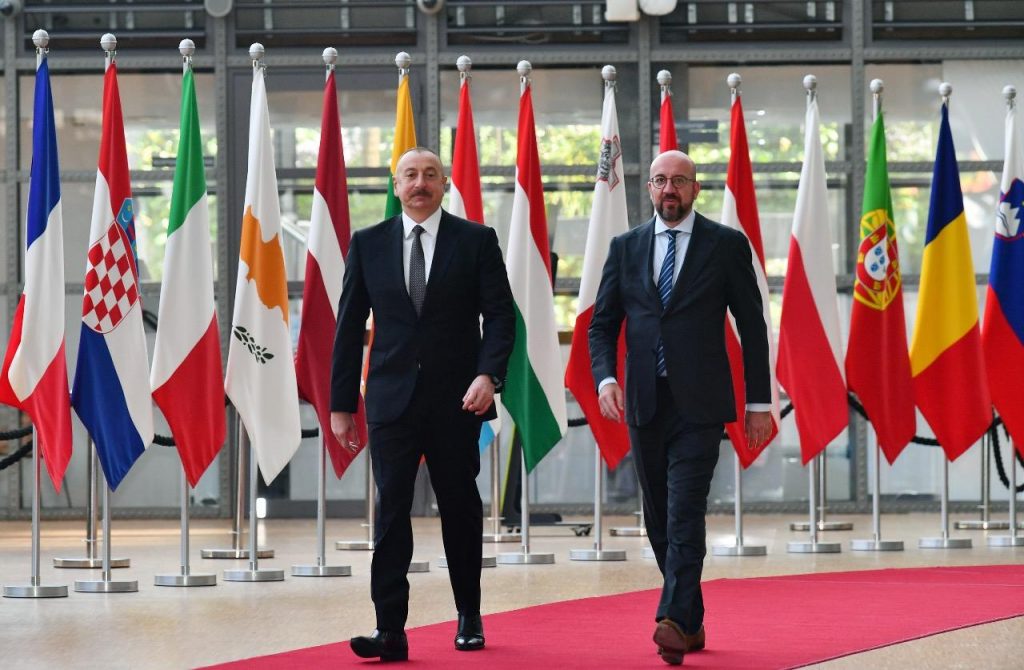 The head of state expressed hope for the speedy implementation of the preparation process of the peace treaty between the two countries.

Ilham Aliyev stressed that following the meeting held on April 6 this year, between Azerbaijan, Armenia and the European Union, Azerbaijan defined the members of the working group to start negotiations on the peace treaty at the end of April, as well as the composition of the National Commission for the Delimitation of Borders, and is ready for negotiations in this direction.

Azerbaijani President Ilham Aliyev once again noted the importance of the landmines issue in the liberated territories and clarification of the fate of about 4,000 people who are considered to be missing in the First Karabakh War.

The president noted the need for Armenia to fulfil all the provisions of the November 10 statement.

President of the Council of the European Union Charles Michel reiterated the EU’s determination to support the process of normalization of relations between Armenia and Azerbaijan, and announced the continuation of mediation efforts and pointed to the importance of previous meetings in this format. Charles Michel thanked the head of state for participating in the meeting in this format in Brussels.

They also exchanged views on other issues of mutual interest during the meeting.

They then posed for photos.

The news will be updated.