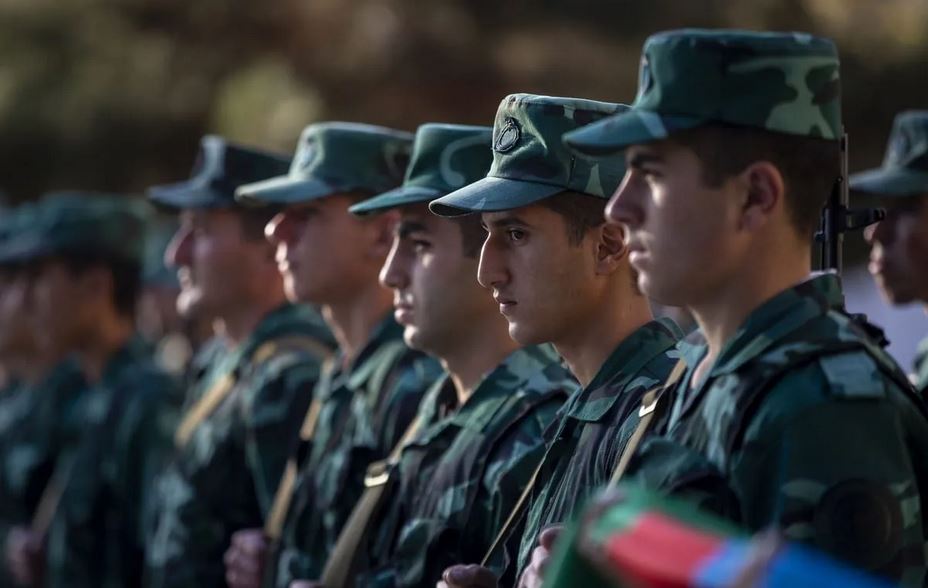 According to the amendment, Azerbaijan is banned from receiving any military aid under International Military Education and Training (IMET) and Foreign Military Financing (FME) programs (Armenpress, July 29).

While this decision was widely cheered in Armenia, it passed by largely unnoticed in Azerbaijan, even though US military aid to the country had become an object of frequent debate in recent years, particularly during the years of the Donald Trump administration. The White House’s attention to the region at that time was emphasized by the visit of then–National Security Advisor John Bolton, in October of 2018 (see EDM, October 29, 2018). The Trump administration’s main interest in Azerbaijan mostly revolved around that country’s role in strategically important trans-regional energy projects (Southern Gas Corridor) as well as its proximity to Middle East antagonist Iran. Hence, the growing bilateral cooperation between Washington and Baku resulted in a short-term influx of military aid allocated to Azerbaijan, estimated at around $58.6 million in 2018 and $42.9 million in 2019, respectively. During this period, the Azerbaijani State Border Service and State Customs Committee received from the United States 401 surveillance radars and related electronics equipment, 60 all-terrain motorcycles and other types of vehicles, and 59 high-speed boats and other maritime equipment (Securityassistance.org, 2019).

The newly passed Pallone Amendment specifically restricts military cooperation in the IMET and FMF formats; whereas, the above-mentioned aid to Azerbaijan was provided by the US Department of Defense under the Section 333 “Building Partner Capacity” program and was sponsored by the Pentagon’s main training and equipping fund. Additionally, Azerbaijan has enjoyed generous military support from the Pentagon under Sections 1004 and 1206 (Crsreports.congress.gov, December 8, 2014 and May 26, 2016). The aid provided under these latter two programs is mainly directed at increasing the combat capabilities (Caspian Guard initiative) of the Azerbaijani navy in the Caspian Sea to protect vitally important energy infrastructure and to improve its coastal defense posture (Caspian News, August 9, 2020; EurasiaNet, August 9, 2019; Globalsecurity.org, accessed August 8, 2021).

Notably, unlike the more significant military aid provided to Azerbaijan by the Pentagon (Sections 333, 1004, 1206) since the 2000s, the volume of assistance under the IMET program has never been substantial. Since 2002, using the IMET vehicle, the US government allocated $13 million in total military backing to Azerbaijan, which comes out to just $2.8 million per year, on average. This program has allowed Azerbaijani service members to study and train at US military schools and facilities; but in fact, the annual monetary value of this aid had already been decreasing for the past several years (Ordu.az, August 28, 2019).

Criticism over the continued US military assistance to Azerbaijan particularly grew in some quarters in response to the outbreak of the Second Karabakh War (September 27–November 9, 2020). Especially during the active phase of that conflict, members of the US-based Armenian diaspora and some Democratic Party lawmakers in Congress called on the US government to suspend all of its defense-sector support to Azerbaijan (Azatutyun.am, October 1, 2020). Nevertheless, last May, the Biden administration extended the waiver (Section 907) that allows the US aid to continue, officially certifying that “such assistance to Azerbaijan would not “undermine or hamper ongoing efforts to negotiate a peaceful settlement between Armenia and Azerbaijan or be used for offensive purposes against Armenia” (Marja.az, May 4, 2021).

This relatively modest US assistance notwithstanding, Azerbaijan has, in fact, managed to develop and boost its indigenous defense industry since the mid-2000s (see EDM, May 21, 2018); and it has importantly been able to purchase an array of advanced weaponry from leading arms exporters like Israel, Turkey, Italy, South Africa, Russia and France (see EDM, June 14, 2018 and January 21, 2019). The significant achievements of the domestic industry over the past decade are exemplified by the fully natively developed and produced Tufan wheeled armored vehicle, equipped with advanced offensive and defensive weaponry, and sold to foreign customers; moreover, Azerbaijan exports small arms, munitions and drones to around a dozen countries around the world (see EDM, January 19, 2018; Caspian News, April 13, 2020). Thus, US military aid to and strategic cooperation with Azerbaijan has proven more symbolic in comparison with some of Baku’s other foreign partners.

Indeed, unlike the extensive Turkish military assistance Baku enjoys, the US support to Azerbaijan was not a tactical game changer during the Second Karabakh War. Rather, the Azerbaijani Armed Forces’ victory owed much more to Turkey’s years-long role in improving military staff proficiency in planning military operations, increasing Azerbaijan’s overall combat readiness, and helping Baku to coordinate fire support during the conflict. Moreover, frequent joint military drills between Azerbaijani and Turkish special forces, the training of Azerbaijani pilots in Turkey, and the hundreds of Azerbaijani service members who have graduated from Turkish military schools are all visible signs of Ankara’s fundamental influence in the defense space (Mod.gov.az, accessed August 11; see EDM, October 26, 2017, July 11, 2019, August 14, 2020, June 23, 2021).

The US security relationship with Azerbaijan, on the other hand, is premised on Washington’s broader desire to build up capacities and competences in partner countries around the world to counter transnational threats, thwart terrorist networks, and respond to regional crises. Assistance from Washington, therefore, mainly encompasses Azerbaijan’s law enforcement entities. Most importantly, US military aid programs do not specifically entail the export of advanced US-made weaponry to the Azerbaijani Armed Forces and, therefore, have a more limited impact, at least tangibly. As such, the United States was already far from being one of Azerbaijan’s top military partners even prior to the passage of the Pallone Amendment, especially when compared to the level of Azerbaijan’s defense-sector partnerships with Israel or Turkey.

Still, with the power vacuum being created in Afghanistan as a result of the rapid US pullout, the decades of US security assistance to Azerbaijan could soon generate much clearer political dividends. Neighboring Central Asia is under growing threat of a spillover of Islamist militancy from Afghanistan (see EDM, February 18, June 13), and so Baku’s ability to ensure a safe route to the region may become of paramount strategic importance for Washington.