Almost one year after Turkey banned Armenian commercial aircraft from its airspace, Turkish passenger planes are still allowed to fly over Armenia. 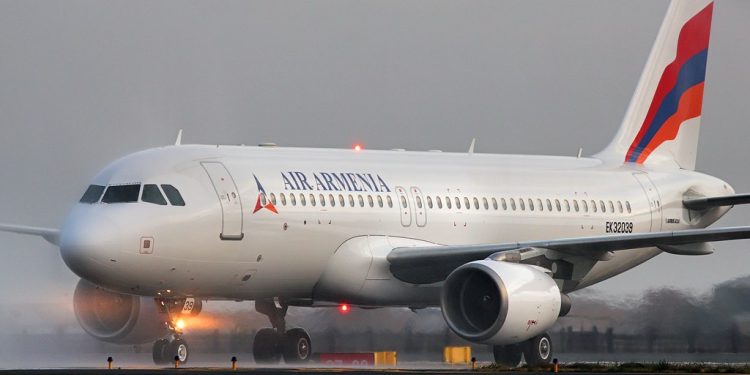 The Armenian Civil Aviation Committee confirmed on Wednesday reports that the ban was imposed on September 9, 2020, less than three weeks before the outbreak of the war in Nagorno-Karabakh during which Turkey provided decisive military support to Azerbaijan.

The government agency said Turkish aviation authorities have since repeatedly refused to allow Armenian airlines to use Turkish airspace for flights to third countries.

“According to information received from Armenian aircraft operators, all refusals were given without any explanation,” it said in a statement to RFE/RL’s Armenian Service.

For almost 30 years Turkey has refused to establish diplomatic relations with Armenia and open the land border between the two states out of solidarity with Azerbaijan. But it generally allowed until the September 2020 the overflight of its territory by Armenian planes.

The Civil Aviation Committee statement confirmed that Yerevan has not retaliated by imposing a similar ban on Turkish carriers. It argued that the 1944 Chicago Convention on International Civil Aviation forbids countries from taking discriminatory measures against foreign airlines.

The statement said the committee is not in a position to challenge the Turkish ban in international aviation bodies. The Armenian Foreign Ministry did not clarify whether it has dealt with the matter.

Armenian airlines mainly used Turkey’s airspace for their flights to and from Europe. The European Union banned them from flying to its member states in June 2020, saying that they do not meet international safety standards.

The Armenian government pledged to address the EU concerns. A total of 19 passenger jets are registered in Armenia at present.

“Although we did not impose any bans during the war, the Turks flew over Georgia for security reasons,” Sarukhanian told RFE/RL’s Armenian Service. “The flights were carried out not only by their civilian but also military aircraft. And even their civilian planes almost certainly carried not just ordinary passengers. The Syrian mercenaries were transported [to Azerbaijan] by various types of civilian aircraft.”