On November 10, the second war in Nagorno-Karabakh ended with a Russia-brokered ceasefire agreement signed between Azerbaijan and Armenia. While the 44-day war caused severe damages to frontline settlements and civilian casualties on both sides, frequent missile attacks carried out by Armenia towards Azerbaijani cities and infrastructure beyond the frontline raised concerns not only in Baku but also in the EU regarding the security of vitally important energy infrastructure. The possibility of damages to energy infrastructure, particularly the Baku-Tbilisi-Ceyhan oil pipeline and the Trans-Anatolian Pipeline, would explicitly put the role of these pipelines in European energy security under question. 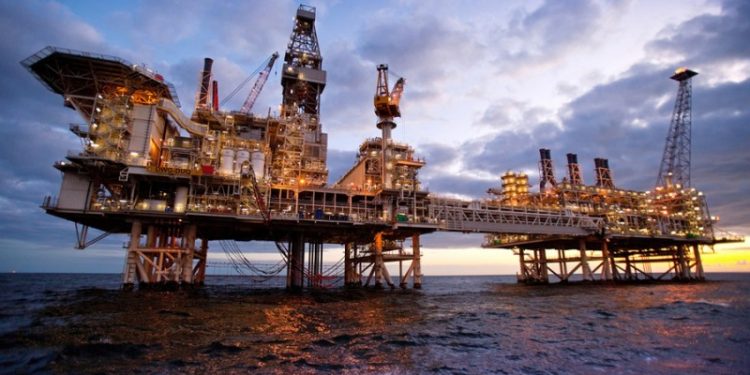 BACKGROUND: The Tovuz/Tavush incidents on the border between Armenia and Azerbaijan in July 2020 became a prelude to the second war between Baku and Yerevan in the Nagorno-Karabakh region. On September 27, 2020, fighting escalated beyond the established “meeting point” (Line of Contact) with the involvement of a significant number of military personnel, artillery units and long-range missiles, threatening the geopolitical stability in the Black Sea-Caspian region.

The war quickly increased the risks to energy infrastructure linking Caspian energy resources with major European markets, stirring concerns in Europe regarding the danger of disruptions to oil and gas exports from the Caspian basin and the security of energy-related infrastructure. For instance, British Petroleum (BP) – Azerbaijan’s largest foreign investor, stated it was “deeply concerned” after a reported missile attack on the country’s main crude export artery, the Baku-Tbilisi-Ceyhan pipeline, on October 6. According to Azerbaijan’s Minister of Energy, Parviz Shahbazov, other pipelines were also targeted. However, none of the alleged incidents is believed to have disrupted supplies.

The critical transit energy infrastructure includes two oil pipelines connecting oil-producing fields in the Azerbaijani section of the Caspian Sea to the Georgian Black Sea port of Supsa and the Turkish port of Ceyhan. Thus, damages to energy pipelines leading to interrupted exports would harm not only energy producer Azerbaijan, but also transit (Georgia, Turkey) and consumer (EU) countries. Indeed, BP introduced increased security measures to its facilities in Azerbaijan following the missile attack. Nevertheless, pipelines are difficult military targets since they are buried underground and are protected by Azerbaijan’s advanced air defense systems.

IMPLICATIONS: The renewed fighting in Karabakh between Armenia and Azerbaijan had critical long-term implications for the entire region, including Turkey’s growing influence and its open support for Azerbaijan during the war, as well as the declining influence of the West. In contrast to Ankara, the EU’s prolonged silence may have damaged its credibility and long-term partnership with official Baku. In this regard, the EU needs to reinforce it engagement with the South Caucasus and directly contribute to the region’s stability.

The second Karabakh war surged only a month before the long-awaited Trans-Adriatic Pipeline (TAP) entered the operational phase. TAP, a crucial part of the Southern Gas Corridor, will transport 10 billion cubic meters (bcm) of gas per year from Azerbaijan’s Shah Deniz II gas field to Greece, Albania and Italy, increasing the security and diversification of natural gas supplies to Europe. The new pipeline is of particular strategic importance to Europe, since it can also transfer natural gas from Central Asian in the future, thus linking this region to Western markets. This would seriously challenge the dominant position of Russia’s energy giant Gazprom on the European market.

Gazprom is already experiencing a reduction in in gas output and export volumes. According to the Russian Central Bank, the export of natural gas in 2020 fell to US$ 11.44 billion compared to US$ 18.65 billion in 2019. The export volume to Europe in 2019 was around 199 bcm, while Gazprom intended to export 170 bcm of natural gas in 2020. At the same time, the Southern Gas Corridor (SGC) allowed Turkey to buy more Azerbaijani gas at a relatively better price, and therefore Turkey’s gas imports via SGC increased by 24 percent in 2020 compared to 2019, while Russian gas export to Turkey rapidly decreased.

Although the volume of Azerbaijan’s natural gas exports will increase, the modest volumes of the SGC project are not sufficient to seriously compete with Gazprom as a leading energy supplier. For this, the project needs additional sources, like Turkmen natural gas. Moreover, the SGC’s geopolitical dimension and its potential for future expansion have prompted a policy response from Moscow. Russia has pushed forward its own plans to bring further supplies to Turkey and South Eastern Europe, thus raising the competition for the SGC project.

However, Turkmenistan’s possible participation in the SGC project would drastically increase its importance for the European gas market. In this regard, a significant development after the end of hostilities was the end of the 30-year feud between Baku and Ashgabat over an offshore oil field located in the disputed area of the Caspian Sea. In mid-January 2021, Ashgabat and Baku agreed to joint development of the large field, now renamed Dostlug (Friendship). The signed Memorandum of Understanding highlighted the ongoing thaw in relations between the two Caspian littoral states. (See February 16, 2021 CACI Analyst)

This rapprochement between two main energy exporters has caused renewed optimism regarding another strategically important energy project – the Trans-Caspian natural gas pipeline, which could feed into the SGC. (See March 12, 2021 CACI Analyst) Azerbaijan seemingly intends to diversify its own energy diplomacy agenda in the post-war period, allowing it to allocate additional funds to invest in the construction of new pipelines and connections. For Baku, the end of the active phase of the conflict eliminated a threat to regional energy infrastructure and opened new opportunities to reinforce its position on the European energy markets by establishing a dialogue with Ashgabat. For Turkmenistan, the agreement with Baku signifies an opportunity to reorient part of its energy exports in the face of the country’s deepening economic stagnation and currency depreciation.

The Dostlug oil field (formerly Kapaz/Serdar) has been an apple of discord between the two countries since the 1990s. With the primary source of the dispute eliminated, Azerbaijan can now refocus on the long-awaited pipeline project, which would bring Baku additional transit revenues and allow it to boost its role in the diversification of Europe’s energy supply. A major increase in natural gas export (more than 10 bcm annually) to South-Eastern Europe would seriously increase the importance of Caspian energy as an alternative to Russia’s Gazprom. However, the new joint Dostlug field requires significant development of infrastructure to extract oil and gas for export.

CONCLUSIONS: The second Karabakh war resulted in a full victory for Azerbaijan and shifted the traditional balance of power in the South Caucasus. Turkey’s political and economic influence is increasingly felt in the region whereas Russia still retains a strong footprint. However, the outcomes of the war have also allowed Azerbaijan to promote new regional infrastructure and transit projects via the new Nakhchivan corridor, and to reach an agreement unlocking the vitally important Dostlug field.

Azerbaijan has reinforced its foreign policy strategy of stressing the importance of Caspian resources for the West, and has gained more space for political maneuvering to avoid conflict with major powers. Azerbaijan can be expected to redouble its efforts to promote transit and energy-related projects to increase its image as reliable energy and transit partner.