The right to abortion in different legal systems

In this article, I will analyze how the right to abortion is implemented practically and legally, comparing the situation in Azerbaijan and in other countries of the world. I would like to emphasize the importance of finding the "golden mean" in this matter, given that either extreme—tight restrictions on abortion and the absolute reign of liberal freedoms—creates a set of problems of its own. 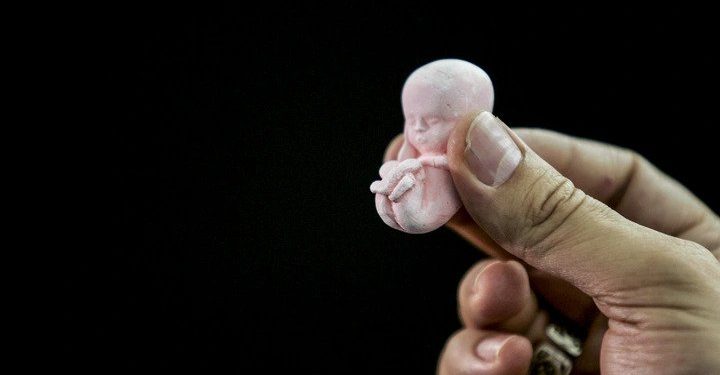 Roman Catholic priest Dom Antonio holds one of the hundreds of mock foetuses that the National Bishops Council had manufactured for their campaign against abortion, during an interview with Reuters at the Nossa Senhora da Paz church in Rio de Janeiro's Ipanema neighborhood March 11, 2008. The mock foetuses will be distributed around churches in Rio and they will be carried to the altar during mass as anti-abortion videos are show on a screen. REUTERS/Bruno Domingos (BRAZIL)

Enforcement of abortion rights around the world

Abortion has been a banned practice since ancient times, punishable with various measures. The first abortion committee was established in the USSR in 1924, and the right to abortion was legalized, thus allowing women to have abortions at any time. As a result, 700,000 abortions were performed in 1934 alone, and these “alarming” figures led to a ban on abortions without medical necessity between 1936 and 1955 (the Stalinist era). According to the law adopted in the Soviet Union in 1987, a woman could exercise her right to abortion and terminate pregnancy only if the pregnancy endangered her life and health, if her husband died during the pregnancy, if she already had more than 5 children, and in case of fetal impairment.

After the legalization of abortion in the USSR, this law began to be enforced in other countries. Between 1996 and 2013, the number of countries permitting abortions increased, and as of 2013, 97% of the world’s countries allowed abortion to save the mother’s life, 75% to prevent risks to the mother’s health or in case of fetal impairment, 33% for social and economic reasons. However, there are still countries in the world that completely ban women’s right to abortion. For example, abortion is completely banned, regardless of the circumstances, in Suriname, Honduras, Nicaragua, the Dominican Republic in the Americas, Malta (abortion is illegal de jure there, even punishable with imprisonment for a term from 18 months to 3 years, whether abortion was performed with or without the woman’s consent) and the Vatican in Europe, Philippines, Laos, Iraq in Asia, Egypt, Mauritania, Senegal, Sierra Leone, Congo, Angola, and Madagascar in Africa. Although abortion is legally not permitted in the Philippines, according to the World Health Organization, between 500,000 and 600,000 illegal abortions are performed there each year. It is this illegal environment that causes from 90,000 to 100,000 women to be hospitalized every year and at least a thousand of them to die. Although abortion was banned completely in Chile until 2017, the country later allowed abortion for medical reasons and if the pregnancy is a result of rape. After Ireland amended its abortion law in 2013 to allow the practice, Malta remains the only country in the European Union to prohibit abortion entirely (as the Vatican is not an EU Member State). In some countries, abortion is completely legal. These countries include most EU countries (again, with the exception of Malta; Poland allows abortions if the pregnancy is a result of a criminal act or when the woman’s life or health is at risk), China, Singapore, Mongolia, Cuba, Argentina, Uruguay, US, Canada, Australia, South Africa, Mozambique and the former USSR countries, including Azerbaijan. 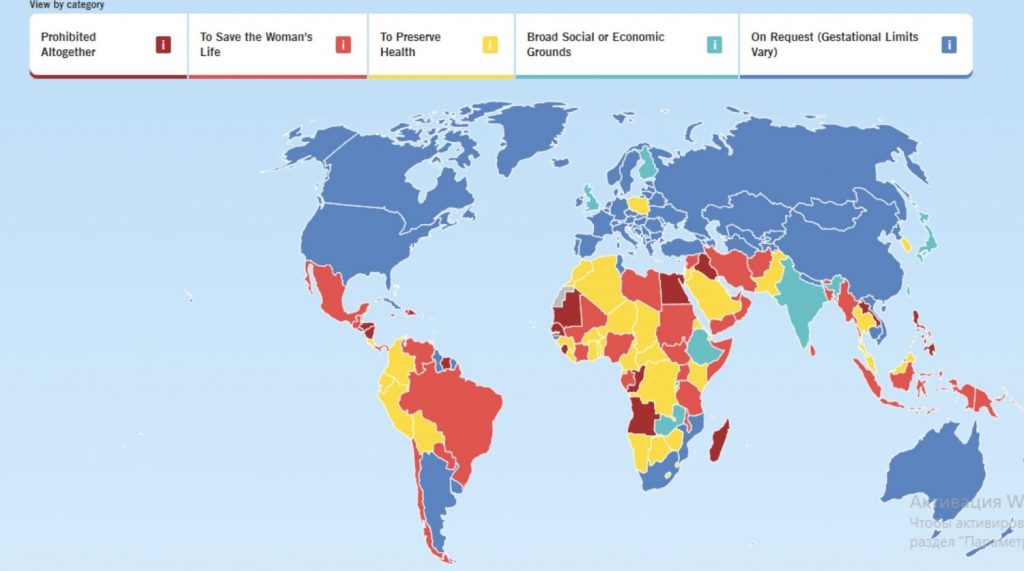 As we can see from the map, Azerbaijan is in the 5th category of countries.

The right to abortion in Azerbaijan

It is clear that the number of boys among newborns exceeds the number of girls significantly, and the figure is higher than the world average. However, the Constitution and Criminal Code do not stipulate any penalties for abortion. Article 27 of our Constitution states that everyone has the right to life, and people have this right from the moment they are born, not while they are in the mother’s womb. This is not the case, for example, in Turkey, and Article 99 of the Turkish Penal Code guarantees the protection of the child’s rights and right to life from the moment he or she is conceived.

In general, women in Azerbaijan have the right to terminate pregnancy for any reason within the term of 0 to 12 weeks, for socio-economic reasons at 12 to 22 weeks, and for medical and health reasons after 22 weeks—and even in this case, the woman’s will alone is enough. Turkish Penal Law not only says that the woman’s will is not enough, but also stipulates severe punishment. For example, a woman in Turkey cannot have an abortion until the 10th week of pregnancy without the consent of either her husband or her parents. After the 10th week, abortion is allowed only for medical reasons. Those who have illegal abortions are severely punished. For example, a man who forces a woman to have an abortion against her will can be sentenced to 5 to 10 years in prison. If an abortion is performed at a term of over 10 weeks, even with the woman’s consent, the sentence may be further extended if the abortion results in damage to the woman’s health or in her death. Even if a woman has a miscarriage at a term of over 10 weeks, she can face between 2 and 4 years in prison.

As we can see, the approach to abortion varies from country to country. Even some US states have banned abortion. For example, from 2019, in states such as Georgia, Kentucky, Ohio, Mississippi and Louisiana, abortion is prohibited after the 6th week of pregnancy (some women may not even realize they are pregnant until then). The ban was also passed in Alabama, but was not enforced as a result of mass protests. There were even discussions that 2020 may be a turning point in this area, that abortion will be banned at the federal level.

Granting women the right to abortion stems from the reasons they demand it. Women have abortions not because they do not care about the being in their womb, but because they care too much about it, because they have concerns about not being able to give a good life to their unborn child, about not being a good mother. The same approach is valid for people’s right to life. For example, if a person is unable to live a healthy life and continue his or her life activities, some consider it a natural right for them to exercise the right to euthanasia. But how correct is this approach? Here is a dialogue from the film Capernaum, telling the story of parents who gave birth to many children but did not provide them with normal living conditions: 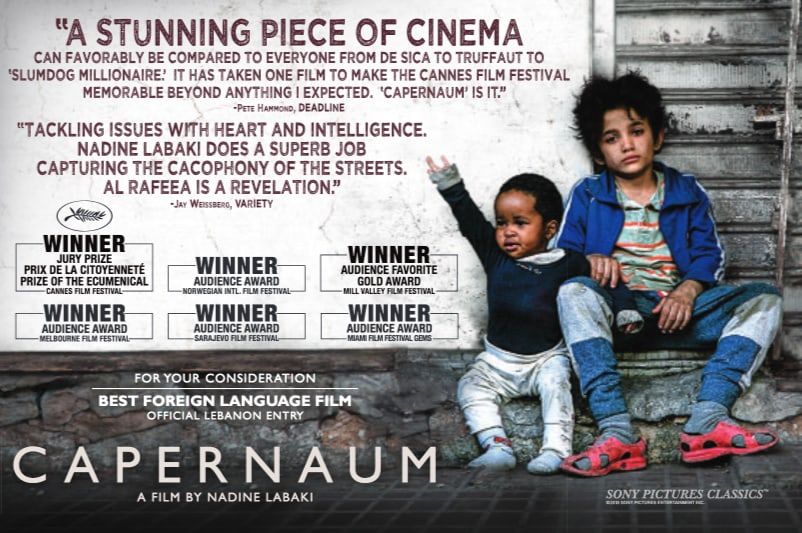 “Why do you want to sue your parents?”

“For bringing me into the world.”

“What do you want from them?”

“I want them to stop having children. Grownups who can’t raise their children properly and give them a good life should not have children.”

If at least one of the parents is unable to provide the child with normal living conditions (meet physical and spiritual needs such as food, clothes, education, living space, etc.), or leaves the child alone in an orphanage or in the maelstrom of life after birth, then what is the point of bringing that child into the world? And the abortions performed secretly in places where abortion is illegal can result in damage to women’s health and life. It is for these reasons that abortion must be legal and the right to abortion must be allowed to be exercised under certain conditions. However, the abuse of this right also leads to adverse situations. In this light, I would recommend a complete ban on selective abortions. There is also the matter of a living being in the mother’s womb and its elimination. After all, that being has a heart, too. Even if the ultrasound does not show a heartbeat until 6 to 8 weeks, the heart is still beating. How can a woman who wouldn’t hurt even a butterfly agree to crush her future child and its living, beating heart? Therefore, in order to prevent abortions, women should be educated, they should be constantly kept informed about the correct methods of contraception, thus helping to prevent them from having to get rid of unwanted pregnancies. 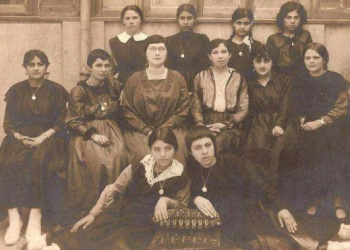