Baku has gained more strategic autonomy and could play a crucial role in U.S. policy toward Eurasia. 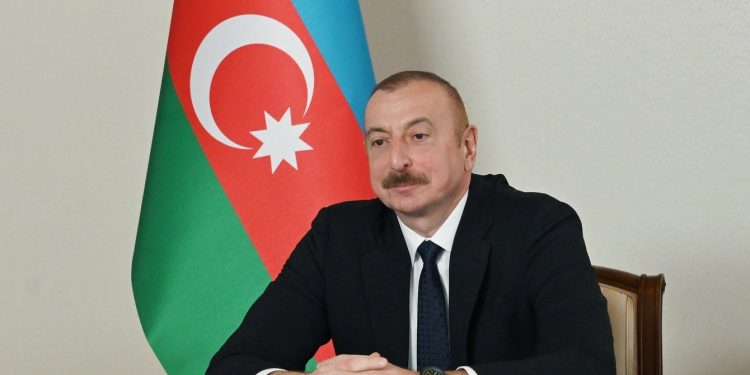 The Armenia-Azerbaijan conflict over the formerly occupied territories of Azerbaijan was a byproduct of the collapse of the Soviet Union, although it had roots from before then. Seizing the opportunity created by the political turbulence in and around the South Caucasus in the early 1990s, Armenia occupied up to twenty percent of Azerbaijan’s internationally recognized territories and succeeded in keeping them under its control until last year’s forty-four-day Karabakh War.

The conflict was a source of frequent armed escalations and constant tension between the two countries; it hampered the economic progress of the entire South Caucasus region and shaped the foreign policies of both countries. While Armenia eagerly joined the Russia-led regional political and military structures in hopes of counterbalancing Azerbaijan and its strategic ally Turkey, Azerbaijan succeeded in pursuing a more independent foreign policy. Notwithstanding the threats from and pressure by parts of its territories that remained under Armenian control, Azerbaijan initiated or participated in various Western economic and geopolitical projects, proving to be a reliable ally.

Given that the Armenia-Azerbaijan conflict is relegated to history, and Azerbaijan has restored its territorial integrity, Baku has gained more strategic autonomy and could play a crucial role in U.S. policy toward Eurasia. The emergence of new security threats in the region, like the recent tensions between Baku and Tehran, necessitates the quick and substantial engagement of the United States. The lack of such engagement risks undesired consequences not only for Azerbaijan–U.S. relations but also for U.S. policy toward the entire region.

The post-Soviet foreign policies of the Republic of Azerbaijan have mostly belonged to a “balanced approach,” denoting the country’s cordial relations with all major geopolitical forces. For the Azerbaijani government, this policy, which it presents as multilateralism, allows it to effectively pursue national interests and act as a bridge between rival great powers.

The Azerbaijani presidential aide on foreign policy Hikmet Hajiyev has aptly characterized this approach as the “4 Ms,” which stands for multi-vectorism, multilateralism, multi-regionalism, and multiculturalism. According to Hajiyev, the geopolitical realities of the region where Azerbaijan is located give Baku no choice but to develop partnerships with various regional and global players, rather than allying with a geopolitical pole at the expense of relations with other actors.

This political course of action has been made possible thanks to the policies of Azerbaijan’s leaders and the support of its Western partners—primarily the United States. Relations between Azerbaijan and the United States developed through bilateral and multilateral cooperation in energy security; counter-terrorism; joint economic projects; and trade, political, and humanitarian initiatives.

Azerbaijan was one of the first countries to declare unwavering support to the United States after 9/11 and sent troops to Afghanistan and, later, Iraq. While other countries reduced their troop presence in Afghanistan, Azerbaijan, as the only Muslim-majority partner of the North Atlantic Treaty Organization (NATO) in the mission, increased boots on the ground from ninety-four to 120 in early 2018, reaffirming its support of its Western allies.

Azerbaijan has also provided critical transportation passage for NATO; approximately forty percent of cargo destined for NATO troops in Afghanistan passed through the country. Azerbaijan’s support for the Afghanistan mission continued even after the Taliban announced it would take full control of the country. A 120-man peacekeeping unit from the Azerbaijan Army, together with Turkish troops, ensured the security of Kabul International Airport until the end of August, providing the necessary security for the safe evacuation of civilians and troops.

Azerbaijan has been also a reliable U.S. partner in critical geopolitical issues, including the energy security of the European Union (EU) and the national security of Israel. Azerbaijani oil and gas exports provide the EU with an important alternative for reducing its energy dependency on Russia. The inauguration of the 3,500-kilometer-long Southern Gas Corridor with an investment volume of about $40 billion created the necessary infrastructure to carry Caspian gas reserves to the European market for the first time.

Against the background of Europe’s recent energy crisis due to skyrocketing gas prices, Azerbaijani president Ilham Aliyev rightly said at the VIII Global Baku Forum from November 4 to 6: “In those countries where Azerbaijan’s gas is delivered, there is no gas crisis, there is no price crisis, and there is no freezing. So, this demonstrates that the Southern Gas Corridor is a project of energy security of Europe.”

In fact, this pipeline provides more than just European energy security—it is also of great importance for the Western geopolitical agenda. For example, the Southern Gas Corridor will provide a window of opportunity for Turkmenistan to reduce its dependency on China after it starts to export its natural gas to Europe via the pipeline.

Azerbaijan’s close relations with Israel have proved to be critically important for the national security of both countries. As a Muslim-majority country that is a secular state, Azerbaijan has prioritized these relations despite all the challenges and threats posed by the country’s southern neighbor Iran. The Azerbaijani city of Qirmizi Qasaba is thought to be the world’s only all-Jewish city outside of Israel. During a recent visit to Qirmizi Qasaba, the U.S. Ambassador to Azerbaijan, celebrating the coexistence of synagogues and mosques in the city, called Azerbaijan “a special place.” Azerbaijan has also been one of the top buyers of Israeli military technology, which has empowered the country against regional security threats. Azerbaijan also provides Israel with forty percent of its oil requirements.

But American administrations rarely buy into the propaganda. Despite efforts by the pro-Armenian lobby and Armenian diaspora organizations, the Joe Biden administration waived the provisions of Section 907 of the Freedom Support Act in April and enabled U.S. assistance to Azerbaijan. This action took place during a critical period for Azerbaijan-U.S. relations as it happened less than six months after the end Second Karabakh War that reclaimed Azerbaijan’s territorial integrity.

The post-war period necessitates more robust support for Azerbaijan, as the country faces new security threats. The recent tensions in Baku-Tehran relations taken alongside Armenia’s alignment with Iran challenge Azerbaijan’s national security. Both Yerevan and Tehran are concerned about Azerbaijan’s deep relations with Israel and the strategic autonomy that the country regained after its occupied territories were liberated. Both are interested in disrupting the post-war regional status quo as well as Baku’s ties with its Western partners.

At a meeting with Azerbaijan’s new ambassador amid strained tensions on September 30, Iran’s foreign minister Hossein Amir-Abdollahian said, “We do not tolerate the presence and activity against our national security of the Zionist regime next to our borders and will take any necessary action in this regard.”

Against this backdrop, U.S. support for Azerbaijan is beneficial for both parties. Azerbaijan’s thirty years of post-Soviet era contributions to—among other things, counterterrorism efforts, European energy security, and Middle Eastern peace and stability—demonstrate that Azerbaijan is a reliable partner of the United States.

Dr. Vasif Huseynov is a senior advisor at the Center of Analysis of International Relations in Baku, Azerbaijan.