The European Union has made significant strides toward peace-building in the South Caucasus, which no other international actor is properly placed to do. 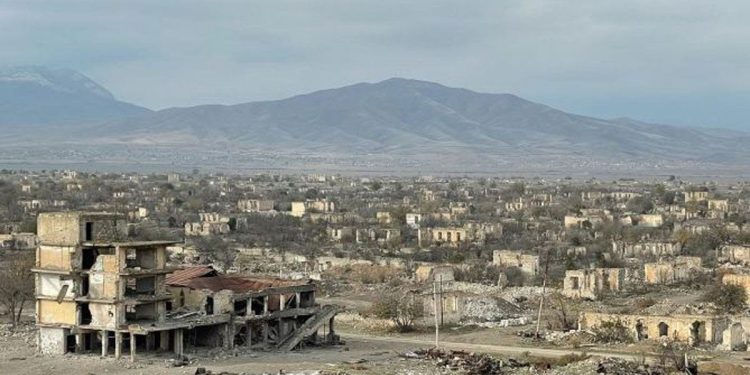 This is happening because there is now a demand for a non-Russian and non-OSCE forum, and because the EU disposes of an institutional repertoire of “soft power” resources and a history of outreach to the region that has created expert human resources as well as institutional memory.

Brussels has done well, but there is a general sentiment that it must do even better. Awareness is rising, in particular, that a more balanced approach is necessary. Toivo Klaar, who, as the EU’s Special Representative for the South Caucasus and the Crisis in Georgia, is perhaps the best-placed Western observer, certainly recognizes this; and he has said so. However, there is an anti-Azerbaijan bias in the European media, and still more importantly among leading European elites, that blocks progress toward peace.

Klaar’s recent appearance before the European Parliament’s Subcomittee on Security and Defense gives ample evidence of such an imbalance. Other than the EP’s designated rapporteur on Azerbaijan, only Klaar had a word of sympathy for Baku. He began by enduring 15 minutes of one-sided, anti-Azeri declarations by the chairman and other speakers, before diffidently daring to remind them, abashedly, that “during most of those 30 years [1988–2020, during which] a large part of Azerbaijan was occupied by [armed forces of the Republic of Armenia], the Azeris can point to hundreds of thousands of displaced persons, to the desecration of Azeri graveyards [which, he later said, “I saw with my own eyes”], to the destruction of villages and of cities.” 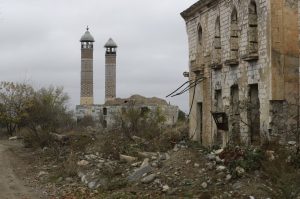 The significance here lies not in the shock value of this appalling number, but in the corollary that there is hardly a member of Azeri society who—whether personally, through family ties, or via close acquaintances—remains unaffected by those undeniably ethnically-motivated expulsions and atrocities. From the standpoint of peace-building, it is therefore a humanitarian problem that cannot be ignored. It must be placed in the first rank of issues to be resolved.

To quote Klaar again, “All of these horrors perpetrated by whichever side need to be investigated” (emphasis added). It is shameful that the European media have not given these war crimes by the two sides equal prominence. Recent coverage by European media of images of an alleged war crime by Azeri soldiers, posted by them to social media, provides a case in point.

These same media have entirely ignored evidence emerging over the last weeks of Armenian atrocities in Azerbaijan back to the early 1990s, which pose a much greater threat to peace-building, for the basic sociological reason mentioned above. Indeed, they have equally ignored the discoveries of mass graves in the formerly occupied territories, where the clothing and other articles identify the massacred as Azeri prisoners-of-war captured and executed by Armenia during the first war in the early 1990s: clearly a war crime. Despite the incontestable evidence, Armenia has refused to disclose the locations of other mass graves.

If such graves were found today in Ukraine, then they would be on the front page of newspapers and would lead the major media reports. One would do well to ask why these more numerous Azeri victims are passed over in silence or near-silence, whereas only Armenian victims are given prominence. However, that is not the focus of the present article.

The figure of 4,000 indigenous Azeris still identified as missing from the time of the First Karabakh War raises the ominous possibility of war crimes committed against ethnic Azeris on a larger scale. Such a possibility is only underlined by continuing revelations of summary executions and mass graves being found today on Azeri territories restored to Baku’s authority in 2020.

It is also of concern, that whereas Azerbaijan immediately established an investigation into the acts depicted in the published video, Armenia’s “democratic” prime minister Nikol Pashinyan categorically denies that Armenian forces committed any such crimes as the Khojaly massacre during their over 30 years of occupation of nearly one-fifth of the territory of the Republic of Azerbaijan, and well outside the boundaries of the former Nagorno-Karabakh Autonomous Oblast of Soviet days.

These transparently false denials cover, among many others, the well-documented 1992 massacre in Khojaly (which at first glance fits the definition of a genocidal act under international law) as well as the war crime, attested by Amnesty International, of the 2020 multiple missile attacks against civilians—exactly like Russia’s attacks on Ukrainian cities today—in Ganja city and elsewhere in Azerbaijan.

Speaking to the European Parliament’s subcommittee, Klaar noted the humanitarian problem posed by as many as a million land mines—and likely more (sometimes ten are found in one square meter)—planted by Armenian forces in the formerly occupied territories, and even in Lachin in 2021 (date of manufacture in Armenia of the said mines) before its control passed to Azerbaijan, which “is now working to rebuild its towns and infrastructure, although it is faced with challenges in the form of mines and unexploded ordinance. And the EU is the largest supporter in the mine-clearing effort.”

Still, other issues likewise need to be addressed, some of which were raised in the European Parliament subcommittee session, albeit still from a one-sided pro-Armenian standpoint. These include cultural destruction and environmental destruction, which the Gavan report (“Humanitarian consequences of the conflict between Armenia and Azerbaijan,” September 13, 2021) to the Parliamentary Assembly of the Council of Europe (PACE) has begun to address.

Visiting the formerly occupied regions, the PACE delegation was astonished by the destruction caused over 30 years in violation of the international law of occupation. Notably, it mentions UNESCO as the agency that should begin to undertake an inventory of the cultural heritage and humanitarian losses of the region. Shortly after the publication of the report, Azerbaijan was elected to membership of UNESCO’s Committee for the Protection of Cultural Property in the Event of Armed Conflict.

Azerbaijan has successfully pursued, and likely will continue to pursue, to establish the relevant facts under the aegis of proceedings in the European Court of Human Rights, for human rights issues, and in the International Court of Justice in The Hague pursuant to the International Convention on the Elimination of All Forms of Racial Discrimination (CERD). What is necessary for Azerbaijan to demonstrate under the CERD, is that the cultural destruction and environmental destruction, of which detailed inventories have been assembled, were motivated by ethnic animus. At first glance, this should not be an insurmountable barrier. 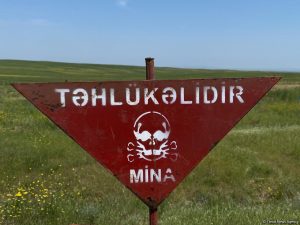 The enormous burden of peace-building must be grasped as an opportunity to act for the benefit and well-being of those on both sides afflicted for too long by this conflict, which history shows to be by no means an “ancient hatred.” It is difficult to summarize the present situation in words better than Klaar’s own: “There remains a need to build positive momentum by encouraging both sides to take steps in the implementation of agreements that have been reached. … Despite all the difficulties over the past several weeks, the EU is well placed to contribute to conflict-resolution in the South Caucasus region, and is engaged at multiple levels with both Baku and Yerevan.”

In order to open widely the vistas of a durable peace, it is imperative that Klaar’s injunction is heeded, to be fair, meaning to address systematically and comprehensively the acts committed by both sides, and to do so evenhandedly and without discrimination.