The stunted growth of the emerging Islamic bloc

The strategic alliance of three Muslim states—Turkey, Azerbaijan, and Pakistan—seems feasible in theory, but is constrained by several realities. 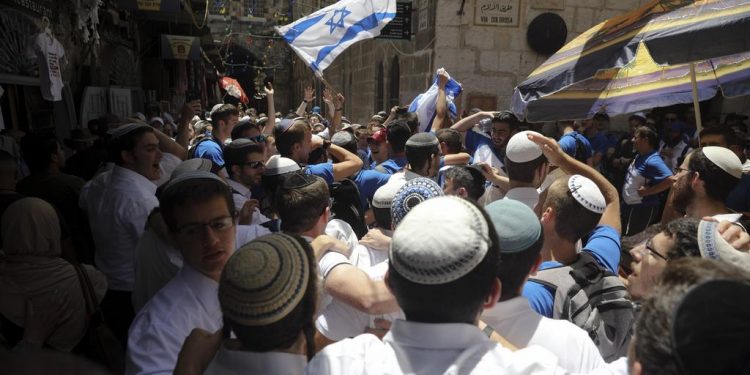 There are strong historic, ethnic and religious ties linking three geostrategically located Muslim countries under the umbrella of an emerging strategic alliance, with the potential addition of a fourth. One of the three is a NATO member and a candidate to join the wealthy club of European states (Turkey); one has rich hydrocarbon sources and growing military capabilities (Azerbaijan); and one is the world’s only Muslim country to possess nuclear weapons (Pakistan).

Some are calling this threesome the “new axis of evil,” while others call it an “axis of evil against India and Armenia.” From Ankara’s perspective, Azerbaijan, Pakistan and Bangladesh are a rare trio of countries with which it has never had political disputes. On the contrary: Pakistan and Bangladesh have been Turkey’s spiritual allies since the early 20th century thanks to their common religion and similar experience fighting wars of independence with imperialist Western powers. Azerbaijan has an even deeper bond with Turkey, as they share an ethnic and linguistic kinship. “One nation, two states” is the motto Turkish and Azeri leaders use to describe the brotherhood between their two countries.

In addition to providing fertile political ground for strategic partnership, the existing Turkey-led military cooperation might intensify the basis for the alliance.

Turkey has traditionally been a staunch supporter of Pakistan in its primary dispute with neighboring India over the Kashmir region, bringing Ankara and Delhi into conflict. In his speech at the United Nations General Assembly in 2020, Turkish President Recep Tayyip Erdoğan said: “We are in favor of solving this [Kashmir] issue through dialogue … and especially in line with the expectations of the people of Kashmir.” India condemned Erdoğan’s statement, claiming that it “constitutes gross interference in India’s internal affairs and is completely unacceptable. Turkey should learn to respect the sovereignty of other nations and reflect on its policies more deeply.”

In 1988, Turkey and Pakistan established a Military Consultative Group aimed at strengthening military and defense procurement relations. As cooperation deepened, the group expanded and evolved into the High-Level Strategic Cooperation Council (HLSCC). In early 2020, Erdoğan and Pakistani Prime Minister Imran Khan co-chaired the sixth session of the HLSCC and signed 13 memoranda of understanding (MOU), five of them related to the defense industry.

Earlier, in 2000, Turkey and Pakistan signed a critical contract for the sale of four multi-purpose corvettes as part of Turkey’s National Ship (MILGEM) Project. “Pakistan’s possession of four MILGEM corvettes will change the balance in the region and will carry the country to the position of a playmaker,” said Esad Akgün, director general of Military Factory and Shipyard Management Inc., a Turkish state-controlled contractor.

In 2018, Turkish Aerospace Industries (TAI) signed a $1.5 billion contract to sell 30 T-129 attack helicopters to Pakistan. The deal has not moved forward, however, as TAI has failed to secure U.S. export licenses for the contract. The T-129 is a twin-engine multi-role attack helicopter produced under license from the Italian-British company AgustaWestland. It is powered by two LHTEC T800-4A turboshaft engines. LHTEC, the maker of the engine, is a joint venture between the American firm Honeywell and the British company Rolls-Royce.

Pakistan has agreed—yet again—to extend the T-129 deal with Turkey. “We have obtained a six-month extension from Pakistan,” Turkey’s top procurement official, Ismail Demir, told reporters on March 12. But in view of Washington’s enduring opposition to Ankara’s purchase of the Russian-made S-400 Triumf air defense system, another senior procurement official in Turkey told Defense News that the extension does not mean the deal will ultimately work out. “This is not a technological or commercial issue,” he said. “It is purely political, and as long as the reasons for the U.S. blockade remain in effect … what looks like a Turkish-Pakistani deal will be a victim of a Turkish-U.S. dispute.”

In June, Azerbaijan announced that it was planning to buy Turkish-made armed drones. “Efforts in this direction are continuing. Now we are having results,” said Azerbaijan’s Defense Minister Zakir Hasanov. In the same month, the Azeri parliament approved a bill to receive financial assistance from Turkey to be used for the purchase of weapons systems.

That was a perfectly timed move on Azerbaijan‘s part. Only four months later, Azerbaijan and Armenia were at war yet again over border disputes and control of the Nagorno-Karabakh region. There is consensus among military observers that the Turkish-made Bayraktar TB-2 armed drones were a game changer in the war in Azerbaijan’s favor. Turkey sent other military equipment and trainers to Azerbaijan, along with thousands of Syrian fighters.

Graphic footage in black and white emerged from Clash Report, a Twitter and Telegram account closely linked to the Turkish military, appearing to show a string of TB-2 strikes targeting Armenian positions. Other graphic footage posted by Azerbaijan’s defense ministry shows what are said to be TB-2 drones picking out Armenian forces and using the information to call in deadly rocket fire from elsewhere.

What’s in this for the Turkish military? Theoretically, Turkey’s thriving defense industry could have access to Chinese military technology via China’s ally, Pakistan, including critical fighter jet technology that Turkey immediately needs.

But then there are the realities. Turkey’s persistent muteness in the face of alleged Chinese oppression of its Uighur minority, a Turkic ethnicity, has helped Turkey avoid the dragon’s ire. Trade relations are improving, and cash-strapped Turkey is increasingly dependent on Chinese investment. But all of that might not qualify Turkey as a strategic partner with access to advanced Chinese military technology.

First, Beijing does not tend to make strategic decisions based on tactical and seasonal political developments. It views Erdoğan’s Turkey as a potential Islamist/separatist threat. Second, the bitter memories of a previous failed strategic military cooperation between Ankara and Beijing are still fresh in Chinese minds, though it may have been forgotten in Turkey.

In September 2013, to the shock of its Western allies, Turkey selected CPMIEC, a Chinese manufacturer, to build its first long-range air and anti-missile defense system. Under pressure from NATO and the West, Turkey soon scrapped the preliminary deal with CPMIEC and opened a new international competition for the same contract. That renewed competition paved the way for the Russian-made S-400 surface-to-air missile system to enter Turkish inventory.

More broadly, Azerbaijan is still Russian turf, not Turkish; and Pakistan remains Chinese territory. The new Islamic bloc resembles three kids playing cowboy while their parents smile and watch. The parents will let the kids play until they sense any kind of danger to their own interests.

In the shorter term, the new alliance is good for both Russian and Chinese interests as it will mean further Turkish engagement eastward and a further weakening of its already strained ties with Western institutions, including NATO. Moscow and Beijing will no doubt enjoy Western suspicions about the part-time member of the Western alliance.

Burak Bekdil is an Ankara-based columnist. He regularly writes for the Gatestone Institute and Defense News, and is a fellow at the Middle East Forum.