The troubling US deflection of Israel’s concerns on Iran

In March 2012, unnamed U.S. diplomats and military intelligence officials exposed Israel Defense Forces and Mossad activities in Azerbaijan, a Muslim country that borders Iran. “The Israelis have bought an airfield,” a senior administration official was quoted as telling Foreign Policy magazine, “and the airfield is called Azerbaijan.” 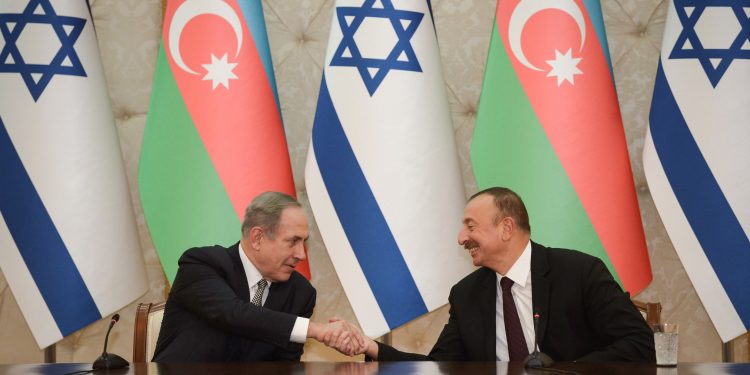 This Obama-administration-orchestrated leak—the “outing” of Israel’s covert capabilities in Azerbaijan—was meant to scuttle the possibility of an Israeli airstrike on Iran’s nuclear facilities from former Soviet air bases near Baku, only 500 kilometers from Tehran. Of course, Azerbaijan was forced to deny any Israeli presence and then scale back whatever intelligence or military basing Israel had there.

It was an ugly and underhanded move by the Obama administration.

This was followed by the “Bibi-sitting project,” a hand holding exercise that saw senior American officials visiting Israel every month to keep tabs on Netanyahu government thinking and planning, and to reassure Israel that Washington was taking Israel’s security interests into account. It wasn’t. It was babysitting Israel (“Bibi-sitting”) to make sure that Israel did not interfere with Obama’s rotten accord-making with Iran.

As the contours of the controversial Joint Comprehensive Plan of Action nuclear deal with Iran later emerged, the Obama administration launched a hostile whispering campaign about Israel and its Jewish allies in the United States (orchestrated by then-president Obama’s aide, deputy national security adviser Ben Rhodes).

Israel was standing in the way of an “amicable nuclear deal” with Iran and “dragging the US into war,” it was alleged. American Jews, Republicans and others opposed to the soft deal with Iran were accused of disloyalty to America, of favoring Israeli interests over crucial U.S. security interests.

The pro-Iran-deal chorus was mobilized to repeat these messages. Rhodes himself braggingly highlighted the “echo chamber” he created for this purpose, which encompassed journalists, left-wing think tanks and other opinion leaders. Rhodes boasted that he had snowed the “know nothing” media and the American public with a misleading narrative about the timeline of Washington’s negotiations with Tehran and other key facets of the deal.

Alas, it seems that the Biden administration is using the same playbook to sideline Israel in the context of Washington’s current talks with Iran to re-engage the JCPOA.

Instead of the “full and close coordination” with Israel and America’s Arab allies regarding Iran that was promised by the new administration, we are getting disinformation, deflection and early signs of a defamation campaign coming from Washington.

Last week, an “American official” outed an Israeli commando strike on a ship used as a sea base by Iran’s Islamic Revolutionary Guard Corps (IRGC) in the Red Sea off the coasts of Yemen and Djibouti. Biden administration sources leaked the story to The New York Times, clearly accusing Israel of causing trouble while nuclear peace talks with Iran were underway.

Prime Minister Netanyahu understood exactly what the administration was trying to do, and responded immediately. “We have to curb Iranian aggression in our region, and this threat is not a theoretical matter,” he said. “We know how to defend ourselves by ourselves from those who seek to kill us.”

And in case anybody misunderstood the context, Netanyahu added that “the danger that Iran will return—and this time with an international imprimatur—to a path that will allow it to develop a nuclear arsenal, is on our doorstep on this very day. We cannot go back to the dangerous nuclear plan.”

U.S. deflection of Israel’s concerns about Iran was expressed this week in additional ways. Secretary of State Antony Blinken called Israeli Foreign Minister Gabi Ashkenazi to vent about Palestinian human and civil rights “that must be equal with those of Israelis.” Then the administration announced plans to re-fund the Palestinians, to the tune of $250 million, including renewal of aid through the corrupt UNRWA.

Then the administration announced plans to rejoin the horribly-hostile-to-Israel UNHCR, and to revoke sanctions against the prosecutor of the International Criminal Court (even though she just launched an outrageous “criminal investigation” into Israel).

At the same time, the administration has distanced itself from the Abraham Accords and has frozen some of the promises made by President Trump’s administration to Arab countries that committed themselves to peace with Israel.

While each of these American actions may have standalone rationalizations, the cumulative effect is to put Israel on the defensive—and I think that is exactly what the administration intends. Israel is being warned not to be too pushy about Iran policy, or else the administration can pester Israel diplomatically in ways that will pinch.

This week, the Biden administration also is launching its own “Bibi-sitting” exercise, with Secretary of Defense Lloyd Austin coming to soothe the concerns of Netanyahu and Defense Minister Benny Gantz. It is not at all coincidental that this first cabinet-level visit of a Biden administration official comes at the time that talks with the Iranians are taking place (publicly in Vienna, and perhaps secretly elsewhere too).

I hope that Austin is authorized to discuss real policy with Jerusalem, not just hold the hands of Netanyahu and Gantz and warn them to back off.

And then there are some early signs of a defamation campaign coming from Washington. Joe Cirincione penned an NBC News op-ed this week in which he warned against the return of the old anti-Iran-deal “coalition,” including hawks in Congress, the leaders of Israel and Saudi Arabia, and by insinuation also evangelical Christians and American Jews, whose “money and influence” could ruin everything for the Biden administration.

This is another way of saying, in thinly veiled sophisticate-speak: Get the damn Jews and Israelis and their allies the hell off our back while we responsible statesmen loyal to Biden (and Obama) get our nuclear deal with Iran back on track.

Cirincione is a fellow at the Quincy Institute for Responsible Statecraft (a new, fiercely left-wing think tank funded by George Soros) and a former president of the Ploughshares Fund, which lavishly supported the original Iran deal campaign. He may be a bellwether of more hostile messaging to come.

In fact, after the administration leaked news of the “Israeli strike” on the IRGC ship in the Red Sea, Cirincione tweeted something to the effect that once again Israel is driving towards war. By implication, he was accusing Israel of dragging the United States into war too.

Beware: Obama’s echo chamber is coming back in the service of Biden to bash Bibi and endorse another awful nuclear deal with Iran.

David M. Weinberg, vice president of the Jerusalem Institute for Strategy and Security, was coordinator of the Israeli government’s Global Forum Against Antisemitism. 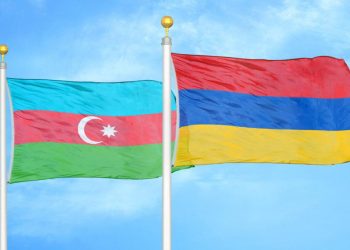 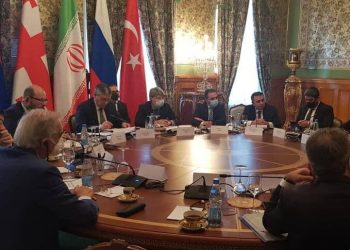 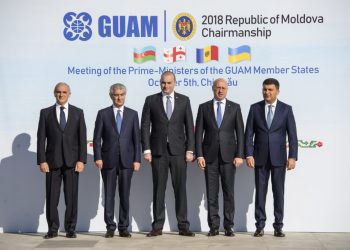 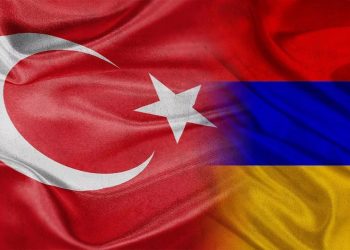