The rise and rise of Turkish drone technology

Everything’s coming up roses for Turkey’s thriving drone industry, but a cash-strapped economy and technological challenges may slow further progress. 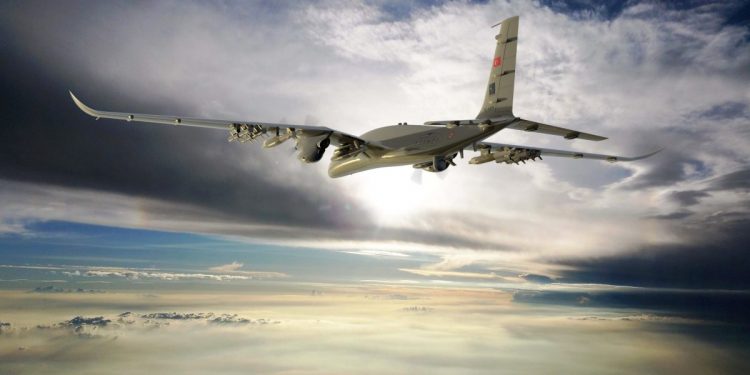 As recently as the early 2000s, Turkey was dependent on Israeli-made unmanned aerial vehicles (UAVs, or drones) in its asymmetric warfare with Kurdish rebels fighting for autonomy or independence in parts of Turkey, Iraq and Syria. When the country set out to design, develop, and produce its first indigenous drone, the Anka, technological snags beset the program. The 100 percent Turkish-made Anka ultimately boasted a foreign engine, a foreign automatic take-off and landing system, foreign landing gear, a foreign flight data computer, foreign radio, foreign sensors and a foreign targeting pod—even a foreign name (“Anka” is a Persian word). During flight tests it suffered several crash landings.

Yet despite that discouraging start, in slightly over a decade Turkey became the operator and exporter of fine drone systems. The credit for this success goes to vigorous private enterprise in the form of a partnership between the Kale Group and Baykar Technologies, maker of the famous Bayraktar TB-2 armed drones.

In 2011, Kale-Baykar won a contract for serial production of the Bayraktar from Turkey’s defense procurement office. The second phase, involving the development and serial production of Bayraktar Block B (TB-2), commenced in January 2012. The Bayraktar TB-2 completed its first flight in April 2014. The first acceptance tests of the UAV were conducted in November 2014, and six UAVs were delivered to the Turkish Land Forces by the end of that year. A second batch of six indigenous Bayraktar TB-2 drones was handed over to the Turkish Land Forces in June 2015.

By 2019, the Turkish military was using 75 TB-2 drones, mainly in its fight against Kurdish insurgents in Turkey and across Turkey’s Iraqi and Syrian borders. But as early as 2017, Baykar had sold a batch of six TB-2s to Qatar, Turkey’s staunchest Gulf ally. In 2019, Baykar won a contract to sell six Bayraktar TB-2 UAVs to Ukraine. The $69 million deal also involved the sale of ammunition for the armed version of the Bayraktar TB-2.

Meanwhile, the Anka made a lot of progress. At the end of 2020, Turkish Aerospace Industries (TAI), maker of the Anka, won an $80 million contract to sell three Anka-S systems to Tunisia. The Anka-S is the satellite-controlled version of the Anka.

On March 24, Turkey’s Defense Industries Presidency (SSB) kicked off its drone Stand-Off-Jammer/Remote Jammer (SOJ) project, which will equip Turkish UAVs with electronic warfare capabilities. The program will augment the Anka-I, the intelligence-gathering version of the drone, which can already perform signal intelligence activities and is in the National Intelligence Organization’s inventory. In a parallel program, the SSB is developing Remote Electronic Support/Electronic Attack Ability in Air Platform (HAVA SOJ) capabilities. This program is designed to detect, identify, and locate hostile communication systems as well as radar and air defense, providing early warning. Its design also enables the system to jam or blind hostile systems, particularly in cross-border operations.

In February, Akdaş, a small Turkish defense company, installed a 40mm grenade launcher on the Songar, a homemade drone developed by ASISGUARD, another Turkish company. The upgraded Songar, armed with the AK40-GL system and its 400-meter firing range, has passed acceptance tests.

Also in February, TAI unveiled the mock-up of the ambitious electric-powered and unmanned version of its T629 attack helicopter. The T629 helicopter program has been underway since 2017, and TAI began assembling the first flight model of the chopper in 2019. T629 will weigh six tons and be equipped with 70mm unguided missiles and L-UMTAS anti-tank missiles.

TAI is a state-controlled entity. It has the potential to mix progress with propaganda as it aims to impress Turkish President Recep Tayyip Erdoğan, an Islamist autocrat who has grown weary of ambitious programs that never meet promised deadlines.

TAI pledged to fly the first Turkish indigenous fighter jet in 2023, though it recently revised the target date of the maiden flight (not the test flight) to 2025-26. “That fighter jet will not fly for tests before 2030,” an insider told this author. “And that’s the most optimistic target. God knows when, if ever, that aircraft can enter the inventory.”

With or without TAI’s delay or failure, Turkey has already become a premier exporter of combat-proven drones. The Turkish military has successfully used the TB-2 in its cross-border operations in Iraq and Syria. The TB-2 is widely known to have been a game changer in the Libyan civil war for the Turkey-backed faction, and it was a critical factor in the Nagorno-Karabakh military conflict between Armenia and Azerbaijan in October.

Emre Caliskan, an analyst at the London-based IHS Markit, an international business information firm, said Turkish drones proved themselves admirably against Russian defense systems in Syria, Libya and Nagorno-Karabakh, becoming a “game-changer (and) shifting the balance of power.”

Ismail Demir, head of SSB, told Agence French-Presse that Turkish drones offer good value for money. “If a system from any other country had the same capability as ours, its [price] would be double,” he said.

Meanwhile, Baykar, the privately owned drone maker, is pursuing far more ambitious goals. One new program comes in line with shifting procurement dictates. Turkey has been constructing, under license from Spain’s Navantia shipyards, a $1 billion landing platform dock (LHD), or an assault vessel, the TCG Anadolu, which it hopes will sail late in 2021.

In addition to other features, the TCG Anadolu was to have been home to a fleet of F-35s with vertical take-off and landing capability. But the U.S.-led multinational Joint Strike Fighter consortium has suspended Turkey’s partnership in response to its purchase of the Russian-made long-range air and anti-missile S-400 defense system. Having been deprived of their new-generation fighter jets, the Turks are now planning to transform the TCG Anadolu into a platform that can carry attack drones.

“To give UAVs take-off and landing ability on aircraft carriers, their structure must be strong because they are subjected to very high G-shocks. We aim to develop a new UCAV (unmanned combat aerial vehicle) that will successfully land and take off on the Anadolu in one year,” said Haluk Bayraktar, Baykar’s CEO.

Baykar has also started the conceptual design phase of what will be Turkey’s first indigenous A.I.-based unmanned fighter jet. Bayraktar said on Feb. 28 that the aircraft is the firm’s “top priority program.”

The planned drone will fly at an operational altitude of 40,000 feet. The artificial intelligence-powered aircraft will be able to perform missions for five hours and will be connected to a satellite communications data network. The fighter aircraft is expected to reach a cruise speed of 0.8 Mach and carry a maximum of 1 ton of ammunition. It would be used in close air support, strategic assault, hostile air defense system attack, and missile assault missions.

Too bad all those ambitious weapons programs came to maturity at a time when Turkey’s economy is hurtling toward a blend of fundamental macroeconomic and financial imbalances. “We have an impressive number of ongoing weapons programs,” one senior defense procurement official said, “though I am not sure if our office can afford next month’s telephone bill.”

There are potential technological snags ahead, too. Turkish drone systems are not 100 percent Turkish. Foreign components and Turkey’s political disputes with the countries that produce them can disrupt the production cycle.

In October, the Canadian government’s decision to suspend export of key drone parts to Turkey threw a spotlight on Ankara’s ongoing efforts to develop a self-sufficient defense industry. Canadian Foreign Minister Francois-Philippe Champagne announced in October a government decision to suspend export permits of drone technology to Turkey, which was backing Azerbaijan in the Azeri-Armenian military conflict. Champagne issued the pause in exports alongside an order for his ministry to investigate claims that Canadian drone technology was being used in the fighting.

The decision followed an announcement by disarmament group Project Ploughshares, which warned that the multimillion-dollar exports of high-tech sensors and targeting technology produced by L3Harris WESCAM in Burlington, Ontario, are in direct contravention of Canada’s domestic laws and international obligations under the United Nations Arms Trade Treaty, to which the Trudeau government acceded a year ago. L3Harris WESCAM, the Canadian subsidiary of U.S. defense giant L3Harris, is one of the world’s leading producers and exporters of electro-optical/infrared imaging and targeting sensor systems—both of which are featured on Bayraktar drones.