Farid Shafiyev, Director of the Center of the Analysis of International Relations, answers these questions for the Press Club. 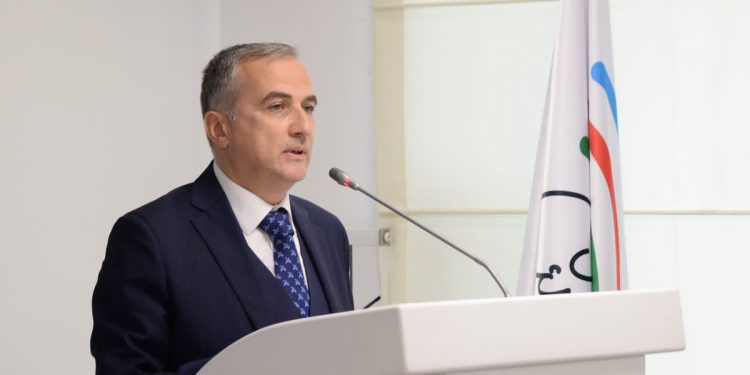 During the meeting in Geneva on October 2, the Foreign Ministers of Azerbaijan and Armenia exchanged views on the peace treaty between Armenia and Azerbaijan, ensuring the rights and security guarantees for Armenians of Karabakh, “including through the establishment of a discussion mechanism between Stepanakert and Baku”.

“The sides positively assessed the mutual understanding on unblocking of the regional transport routes under the sovereignty and jurisdiction of the countries,” the press release of the Armenian Foreign Ministry following the meeting says.

One wonders what exactly the first paragraph means. It follows from this message of Yerevan’s that the Azerbaijani authorities are considering the possibility of negotiating with the Armenian population of Nagorno-Karabakh. But with whom exactly? With the “president” Arayik Harutyunyan? Someone from his “government”? Who else is there to talk to? There are no other persons authorized by the population there. Well, maybe the head of the “parliament”. And what should this look like on paper? What would these persons, who represent the separatist government, be called during these negotiations? Will they agree to be called merely “representatives of the Armenian community of Karabakh”? And what is Baku supposed to impress upon them, given that they make almost daily statements in the Armenian media about their total distrust of the possibility of a peaceful existence within Azerbaijan?

Farid Shafiyev, Director of the Center of the Analysis of International Relations, answers these questions for the Press Club.

Armenia’s statements on Karabakh are intended for the domestic audience, to reassure the people. This is because things are moving towards Armenia recognizing Karabakh as part of Azerbaijan. This is part of the package on the recognition of the territorial integrity of Azerbaijan. This is why they have recently been raising the issue of the rights of the Karabakh Armenians: they are no longer talking about any status for them.

Of course, Azerbaijan has to, to put it simply, sort out the situation with the Armenians in Karabakh. President Aliyev said that they would not have any separate status but all their rights would be ensured under the provisions of the Constitution of the Republic of Azerbaijan. Foreign diplomats and experts often ask me what we mean by this. I answer that the Constitution of Azerbaijan lists the complete set of rights for ethnic minorities. For example, the right to the development of their languages. It is a known fact that the teaching of Russian and Georgian is financed from the state budget in Azerbaijan. Of course, there are also many other possibilities for the development of national identity and culture, such as establishment of theaters, schools and so on.

This issue is certainly on the agenda, but it will be treated as an internal matter of the Republic of Azerbaijan. As part of the internal dialogue, as Assistant to the President Hikmet Hajiyev said. This dialogue is, of course, necessary.

Naturally, Azerbaijan will not talk to those of the Karabakh Armenians who continue to advocate radical ideas, such as Karabakh’s independence and so on. As a matter of fact, these radicals who work against the Constitution of the Republic of Azerbaijan will have to either leave the territory of Azerbaijan eventually or end up being imprisoned within the framework of certain legal processes.

Overall, to address the problems of coexistence, we can draw on the experience of European states. For example, Slovakia, where the Hungarian minority lives compactly. They do not have territorial autonomy and this does not cause any protests. There, and in a number of other European countries, ethnic minorities have no territorial status, and yet all issues are regulated quite successfully, and we never hear about any problems.