The exemplary multi-cultural atmosphere prevailing throughout Azerbaijan from east to west, north to south was again at the epicentre of the Azerbaijani-Jewish relationship this week. 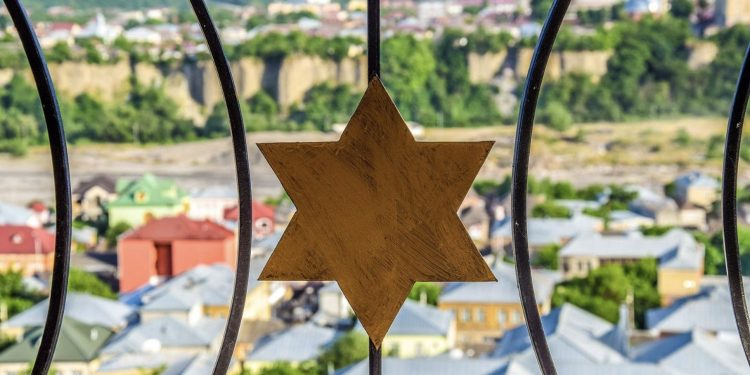 The Jewish government once again demonstrated its utmost confidence in the government of Azerbaijan by authorizing the opening of a Jewish refugee camp in the territory of the Muslim-majority country.

The decision came in response to alleviating the relocation of Russian olim – Jewish immigrants leaving the Russo lands and seeking accommodation in Israel due to the ongoing war between Russia and Ukraine.

The Jerusalem Post reported that Azerbaijan was preferred by the Israeli government as one of the two safest locations alongside Finland to receive Jewish immigrants. Due to recent developments in Russia, including Vladimir Putin’s signing a partial mobilization order on September 21, tens of thousands of aliyah candidates are expected to arrive in Israel in the coming months. Aliyah is the immigration of Jews from the diaspora to the Land of Israel.

According to the Israeli government’s decision, until individuals are confirmed to be eligible under the Law of Return, they will receive all the rights granted to immigrants, including an absorption package and subsistence allowance. Tel-Aviv is set to apply the principles of operation in the camps in Azerbaijan and Finland similar to what is being implemented in the camps in Romania and Poland for Ukrainian refugees. A mechanism will also be established to assist Jewish Russian olim.

The ultimate goal of the Jewish authorities is to provide the Russian olim with safe and secure conditions before their reintegration into domestic society.

The Israeli government’s opting for Azerbaijan as a secure destination for pre-immigration accommodation of Jewish Russian olim should not be seen as a bolt from blues. The country of 10 million, where nearly 97 per cent are Muslim, has long been spotlighting itself as the very best example of Muslim-Jewish coexistence.

Roots of the settlement of Jews, Mountain Jews in particular, can be traced from before the 5th century BC. Historical sources identify them as descendants of the Lost Tribes that left Israel after the destruction of the First Temple in 587 BC. Caucasian Mountain Jews, as they are known, have been part of the society in Azerbaijan for around two millennia, since Jews from Persia (modern-day Iran) and possibly the Byzantine Empire were believed to have migrated northeastward and settled in the region.

The life of Mountain Jews in Azerbaijan cannot be mentioned without Red Village (Krasnaya Sloboda), a settlement in the northwestern Guba region, where they were mainly concentrated to establish the only all-Jewish town outside Israel and the United States. The name of the village comes from red tiles glimmering on many of the roofs carpeting the town. Around 4,000 Mountain Jews settle in this village, which is considered the world’s last surviving shtetl. A shtetl was a small town populated by Jews in Central and Eastern Europe before the Holocaust.

Based on 2016 census data, the overall number of the Jewish population in Azerbaijan was around 30,000. No single case of negative sentiments like anti-Semitism has been reported in Azerbaijan given the government’s equal behaviour toward Jews along with the indigenous population.

There are three Jewish synagogues in the Krasnaya Sloboda settlement. Unlike the Jewish temples in Europe, the United States, and Muslim-majority countries around the world, strict security measures are not applied to those in Azerbaijan. No armed guards or “eagle eye” security solutions can be spotted around the buildings.

“Anti-Semitism and security for Jews were not of concern to the Jewish community in Azerbaijan,” Sheila Gewolb, Senior Vice President of the Board of Deputies and Chair of the International Division of British Jews, said, according to a report by Jewish News.  “To date, there has not been a single registered case of anti-Semitism in the country. There isn’t even a word in Azeri for ‘Jew-hatred’.”

In February 2020, the Museum of the History and Culture of Mountain Jews opened in Red Village. The museum is located in the building of the Karchog synagogue, which was shut down during the Soviet years and was restored to its original appearance prior to being refashioned as a museum. Russian businessmen and philanthropists of Jewish descent God Nisanov, Zarakh Iliev, and German Zakharyaev — all from Krasnaya Sloboda — sponsored the launch of the art centre.

The Russia-based Regional Public Charitable Foundation of Mountain Jews, known as STMEGI, which is the largest organization uniting Mountain Jews from all over the world, initiated and implemented the collection of exhibits for the museum. Clothes, jewellery, ritual utensils, manuscripts, books, and ancient household items – all reflecting the life of Mountain Jews – are exhibited there.

“The Museum of the History of Mountain Jews is the only one in the world. It includes documents, domestic items and artefacts. This museum is devoted to the history and culture, past and present, of the Mountain Jews. It reflects a high degree of interaction and mutual respect between Jewish and Azerbaijani people,” the museum’s director Igor Shaulov told Euronews.

In addition to Krasnaya Sloboda in Guba, Jewish heritage in Azerbaijan is represented by several monuments also in the capital Baku and the northern regions of Oghuz and Ismayilli, where ruins of ancient synagogues have been found. The first reports about the Jewish arrival in Baku date to the 1830s. Currently, there are two synagogues in the capital city and two in Oghuz besides those in Guba. In 2003, one of Europe’s largest synagogues was launched in Baku.

According to a report published by the Jewish Agency and the World Zionist Organisation, anti-Semitic acts around the world increased in 2021, reflecting 10 incidents per day. Roughly 50 per cent of aggression against Jews were seen in Europe, while around 30 per cent was documented in the United States. The report did not contain a single fact about the same sentiments in Azerbaijan, where the Jewish community is represented in the parliament and the president annually addresses congratulations to Jews on their beloved holidays and ceremonies.