Tough statements by the Ambassador of Azerbaijan in France

Rahman Mustafayev, Ambassador Extraordinary and Plenipotentiary of the Republic of Azerbaijan in France, has made some interesting statements regarding the deterioration of relations between the two countries. An article penned by the head of the diplomatic mission was published in La Tribune. 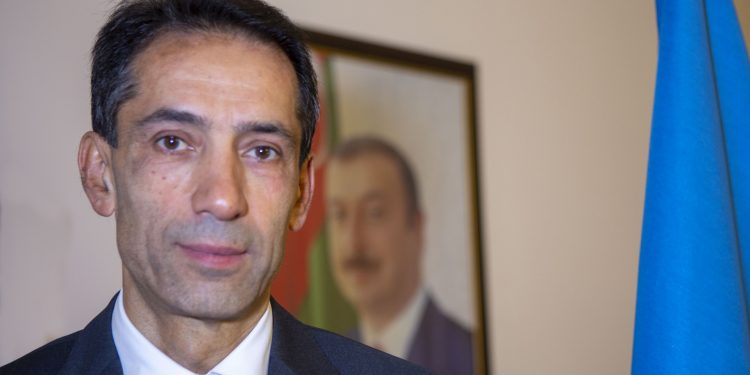 “Trade, economic and political relations between Azerbaijan and France are going through bad times,” Rahman Mustafayev writes. “The trade turnover between the two countries has decreased from $790 million in 2019 to $560 million in 2020 and $200 million in the first ten months of 2021. According to the latest data, France has moved down on the list of Azerbaijan’s main trade partners from the 9th place in 2020 to the 22nd. This negative trend can only partly be explained by the global health crisis and the related decline in economic growth and global trade.”

Head of the Azerbaijani diplomatic mission in Paris recalls that 42 major projects with the involvement of French companies were implemented in Azerbaijan between 2004 and 2016.

“These projects were financed from the state budget of Azerbaijan. Since 2017, French companies and concerned ministries have continued to seek large contracts by inertia, not taking into account the fact that the process of Azerbaijan’s purchase of heavy machinery and equipment from France could not go on forever. In this situation it was necessary to look for new sectors, areas and forms of cooperation, to actively involve small- and medium-sized businesses.”

Mr. Mustafayev emphasized that French investments are mainly focused on the oil sector and “settle at the bottom of the Caspian Sea, which is extremely important for the development of oil and gas export capacities of Azerbaijan but does little for diversification of the Azerbaijani economy and development of new industries.”

“However, the main reason for the slowdown in economic cooperation has to do with the deteriorating political climate in bilateral relations,” the ambassador gets to the heart of his article. “France’s less than objective, to put it mildly, position during the Armenian-Azerbaijani war in the fall of 2020, the inflammatory statements and actions of some French politicians in the post-conflict period in 2021, their disregard for the sovereignty and territorial integrity of Azerbaijan have hampered dialogue and cooperation between our countries, invalidating many achievements of the previous years in politics and economy, culture and education. It takes time and goodwill to bring trust and cooperation back to the previous level.

Azerbaijan fully appreciates the importance of France in global and European politics, its great significance as an economic, technological and innovation center of Europe. But we expect that France will also appreciate the new realities of the post-conflict situation in the South Caucasus region, and recognize the fact that our “red lines” are no different from those of France. The territory of our Third Republic, like the territory of the French Fifth Republic, is one and indivisible, and all its citizens, regardless of their ethnicity and religion, are equal before the law.”

Rahman Mustafayev believes that “France can and should play a major role” in the process of reconciliation of the Armenian and Azerbaijani peoples, in the integration of Karabakh Armenians into the legal, economic and cultural space of Azerbaijan, in the preparation of a peace treaty.

“The message that we often recall in France, and which has not lost its relevance, is that the responsibility for the development of bilateral relations lies equally with both sides—Azerbaijan and France. Azerbaijan is aware of its responsibility and is willing to go part of the way. We invite France to do the same”, the diplomat concludes.