Turkish Foreign Minister Mevlut Cavusoglu said on Monday that Turkey and Armenia will mutually appoint special envoys to discuss steps to normalise ties, and added they will also re-start charter flights between Istanbul and Yerevan. 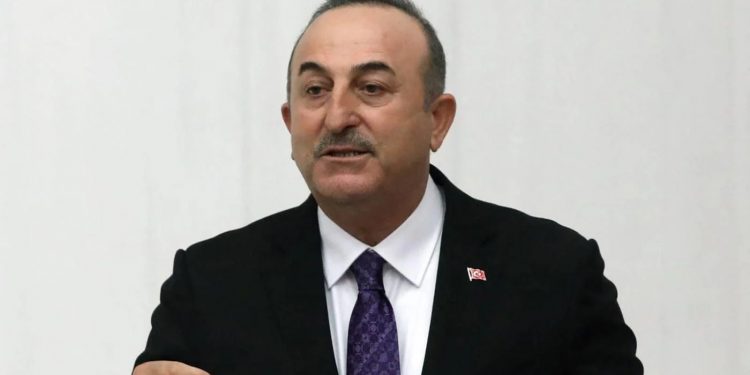 Speaking at his ministry’s budget negotiations in parliament, Cavusoglu added that Turkey would coordinate with Azerbaijan on the steps to normalisation with Armenia.

Before the war, Azerbaijan had been blocking any Turkish attempts to open the border with Armenia, saying that Yerevan must first withdraw from the occupied territories. However, Azerbaijani President Ilham Aliyev said last year that their stance on this issue had changed.

Earlier this year, US President Joe Biden declared the mass killings of Armenians by Ottoman forces during World War I a genocide, in a move that will likely strain the already tense relationship between Washington and Ankara.

At the time, Turkish officials told Middle East Eye that the move would also harm reconciliation efforts with Armenia.

“We would like to normalise ties with Armenia. If we see a positive momentum, we could open the borders,” a senior Turkish official previously told MEE. “If Americans call the 1915 events as genocide in such circumstances, this could sabotage the entire process in the Caucasus.”

Armenia and Turkey signed a landmark peace accord in 2009 to restore ties and open their shared border after decades, but the deal was never ratified and ties have remained tense.

The accord was never enforced due to Azerbaijani pressure and the Armenian Constitutional Court’s decision in 2010, which legally necessitated Turkey’s recognition of the genocide as a primary rule for normalisation.

Turkish President Recep Tayyip Erdogan has sent messages of condolences to the Armenians in the past few years, however, the Turkish government claims that Turkish citizens were also killed by Armenians during the war.

The Turkish president for years called for the establishment of a joint historical committee with Armenia to establish the facts on the issue.

Over 30 countries – including Germany; France; Italy; Bulgaria; Russia; Greece; and the Netherlands – recognise the Armenian killings as genocide, along with the Catholic Church and European Council.

While Turkey acknowledges that many Armenians died during the conflict, the Turkish government denies that the killings were part of mass systemised murder.