Turkey has no need for East Med gas

A look at the country’s energy mix and policies indicates its East Med moves are about geopolitics. 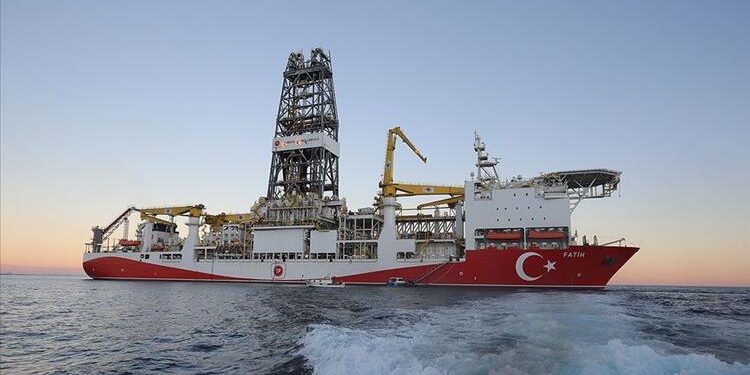 It has often been said that Turkey’s aggressive actions in the East Med are driven by energy – by the natural gas discoveries in the region, of which it is determined to get a share. But do we really understand what is driving Turkey’s energy needs and policies? This is important if we are to understand its actions in the East Med over the last few years. This has now been made possible by an in-depth review of ‘Turkey’s Energy Policies’ published in early March by the International Energy Agency (IEA).

Central to these policies is energy security. Concerns about this were exacerbated after Turkey’s downing of the Russian fighter-jet in November 2015 and the worries, at the time, that Russia might cut off gas supplies. This, of course, did not happen, but ever since then the country has been prioritising domestic energy production and diversification of its energy supplies. By 2019 it produced 31 per cent of its energy needs domestically, compared to less than 25 per cent in 2015.

Increasing population and prosperity has led to a massive increase in energy consumption – up 92 per cent since 2000 and still increasing.

Turkey has been prioritising domestic sources of energy and diversification of its energy mix, particularly in power generation through growth of renewables, coal/lignite and by 2023 nuclear power. It is also taking measures to reduce energy consumption through increased energy efficiency, aiming to reduce total primary energy consumption by 14 per cent by 2023.

But where it has had tremendous success is in the implementation of renewables – hydro, solar, wind and geothermal energy – that now have reached a 44 per cent share of power generation. Over the last decade renewable electricity generation tripled. Turkey is determined to continue this expansion, with a plan to increase renewable capacity by about 50 per cent by 2024, thus further diversifying its energy mix and increasing its energy security.

Turkey is also implementing an ambitious nuclear power strategy. Its first nuclear power plant, Akkuyu, is expected to be completed by 2023, with installed capacity of 4800 mega-watts (MW).

But while most other countries are switching from coal-to-gas to reduce emissions, Turkey is doing the opposite. It is switching from gas-to-coal in order to reduce its gas-import dependency by boosting domestic production and consumption of its sizeable coal and lignite reserves. But this is interfering with efforts to decarbonise the energy sector. Emissions in Turkey increased by 190 per cent since 1990 and air pollution in major cities remains a serious concern.

Prioritisation of security of energy supply includes efforts to boost domestic oil and gas exploration and production and diversification of oil and gas supply sources.

Since 2015 Turkey has diversified its heavy natural gas import dependence on Russia by increasing gas imports from Iran and Azerbaijan – through the TANAP pipeline – and liquefied natural gas (LNG) imports. It now has two floating storage and regasification units – to receive LNG imports and regasify them – and expects another this year. It has also increased its underground gas storage, allowing it to increase LNG import capacity.

The country’s strategy to reduce dependence on natural gas imports is meeting with some success. Its highest-ever imports were close to 54 billion cubic metres (bcm) in 2017. By 2019 these were reduced to 47bcm, covering 25 per cent of Turkey’s energy needs in comparison to close to a third in 2015. The target is to bring this down further, to about 20 per cent by 2023.

In August 2020 the country announced the discovery of the Sakarya gas-field, in deep water about 170km off its coast in the Black Sea, estimated to have 405bcm gas reserves.

This is expected to diminish the country’s natural gas import dependence, particularly as it could meet up to 30 per cent of its annual gas demand. Turkey is planning to commence production in 2023, but many consider this very ambitious. It will give Turkey bargaining power in the renewal of its natural gas import contracts. About a third of these contracts will be up for renewal this year, with most others by 2025.

What does this all mean?

Natural gas import prices are quite low and Turkey expects to keep these low in the longer-term through the forthcoming renegotiation of expiring gas-import contracts.

Its future energy and natural gas needs are well covered and at competitive prices. Any gas imports will have to beat these low prices if they are to gain any inroads into the Turkish energy market.

This gives credence to the view that Turkey’s aggressive actions in the East Med over the last few years are not energy-driven, particularly as the areas it claims to be part of its continental shelf have low probability of gas presence. The drivers behind these actions are geopolitical – pursuit of maritime control and hegemony in the East Med.

Hopefully the statement by the European Council this week will be seen as an encouragement for Turkey to refrain from unilateral actions in the East Med, something that has also been reinforced by recent US statements. Let’s hope that progress at the Cyprus problem discussions in April – however tentative – provide further encouragement.

Recent statements by US Secretary of State Antony Blinken and President Joe Biden have made it clear that the US is keen to contribute to and see stability in the region. The US is likely to take a dim view if the confrontations of 2020 are repeated.