The Turkish, Azerbaijani and Pakistani militaries will hold joint drills for the first time from Sept. 12-20 in Baku, Azerbaijan's defense ministry said Saturday. 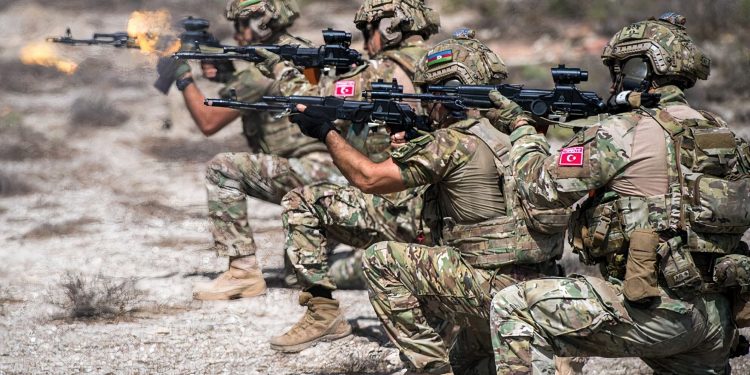 The goal of the “Three Brothers – 2021” exercises is to improve cooperation between their special forces and to share knowledge and experience, the ministry said in a statement.

In July, Turkish, Azerbaijani and Pakistani parliament speakers accepted the Baku Declaration in a ceremony held at the Azerbaijani Parliament.

The joint declaration emphasizes the need to strengthen cooperation among the three countries, based on cultural and historical ties, mutual respect and confidence. It also emphasizes Turkey, Azerbaijan and Pakistan’s roles in building peace, stability and development in their regions.

Last September, clashes erupted between the former Soviet republics of Armenia and Azerbaijan when the Armenian army launched attacks on civilians and Azerbaijani forces and violated several humanitarian cease-fire agreements.

During the 44-day conflict, which ended in a truce on Nov. 10, Azerbaijan liberated several cities and nearly 300 settlements and villages in Nagorno-Karabakh from a nearly three-decade occupation. The two countries finally signed a Russia-brokered deal to end fighting and work toward a comprehensive solution.

During his presidency, President Recep Tayyip Erdoğan has visited Azerbaijan more than 20 times, while the number of delegation visits has reached more than 100.