Turkey’s drone-fueled success on the battlefield throughout 2020 continues to cause ripples as Ankara’s “imaginative employment” of UAVs in Libya and Nagorno-Karabakh was highlighted as a model for the U.K. to emulate, according to the latest report by the British Ministry of Defense. 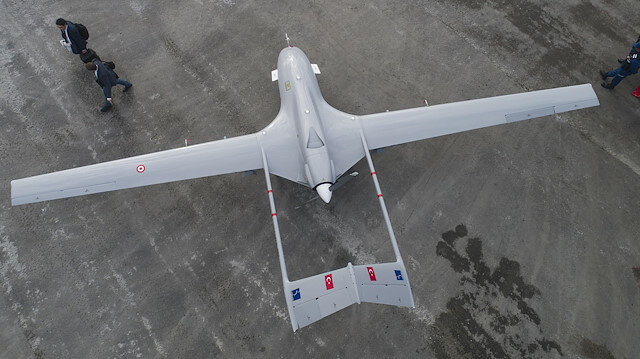 In a corporate report prepared by the British Ministry of Defense titled “Defence in a competitive age,” Turkey’s role in NATO was highlighted and its use of drones in Libya and the Karabakh conflict served as an example for “imaginative employment” of new defense technologies.

The report stresses Turkey’s “crucial” role as a NATO ally in securing wider regional security and assisting in the fight against terrorism.

“[Turkey] is dealing directly with Russia’s military interventions in the Mediterranean and Black Sea regions. We will work to cement a long-term relationship on operations (including NATO reassurance measures), capabilities and industrial co-operation.”

The report also warns that the U.K. is losing its technological advantage as more countries invest in defense capabilities to counter Britain’s strengths.

“Our historic technological advantage is being increasingly challenged by targeted investment in capabilities designed to counter our strengths and challenge strategic stability, such as hypersonic missiles to defeat missile defenses, and nuclear-powered cruise missiles.”

The report, which outlines the U.K.’s vision for 2030, alludes to Turkey’s success in deploying drones on the battlefield in several conflicts such as the ones in Libya and Nagorno-Karabakh, where UAVs wracked havoc on traditional air defense systems and armored vehicles.

“The imaginative employment of relatively low-cost capabilities is challenging highly capable air defense and electronic warfare systems or heavily armored forces, as we have seen in Libya and Nagorno-Karabakh respectively.”

The MoD report also indirectly acknowledged Turkey’s success in harnessing civilian innovation in the field of defense, in a nod to the country’s thriving entrepreneurial spirit in developing new defense technologies.

“These advanced conventional weapons are increasingly available to a wider range of state actors. Some countries are also adopting a military-civil fusion approach towards the development of new technologies, harnessing civilian innovation for the benefit of their defense capabilities.”

In December, a report by U.K. news website The Guardian had revealed that the British military is expected to follow the example of Turkey’s success as it embarks on a new armed drone program with a focus on “cheaper and more effective” unmanned aerial vehicles (UAVs) after Azerbaijan used Turkish drones to secure its historic victory against Armenia in Karabakh.

The TB2 armed UAV was developed for tactical reconnaissance and surveillance missions; it can also carry ammo and conduct assaults with a laser-target designator.

Turkish drones cost between $1 million to 2$ million each, while the British army is said to spend over $20 million one one drone alone.

The Guardian report also cited a quote by Ben Wallace, the U.K. defense secretary, who said that Turkish TB2 drones were an example of how other countries were now “leading the way.”