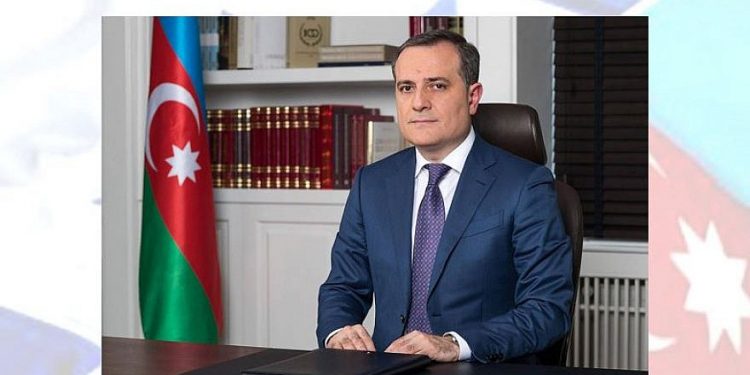 “The government forges partnerships with the world’s leading companies to accelerate reconstruction and development. The Turkish contractors are playing a key role in the reconstruction process. The very first contracts were signed with Turkish companies, and we are confident that they will bring in innovation, resources, best experience and expertise,” Bayramov stated in a written interview to Hürriyet Daily News.

Elaborating on the ongoing and planned reconstruction efforts in liberated regions after the war in Nagorno-Karabakh, the minister said that his government allocated over $1.3 billion to conduct reconstruction works in the liberated territories in 2021.

“During 30 years of occupation, Armenia destroyed the entire infrastructure, including power plants, water supply, transportation and communication systems, which used to provide services to some 700,000 people,” Bayramov noted.

The works have already started at major towns and include setting up transport infrastructure (airport, bridges, rail and road, etc.) and restoration of historical monuments, mosques, mausoleums and museums, which were destroyed by the occupying Armenian forces, he added.

“Turkey’s support is vital for the clearance of these territories from landmines and unexploded ordnance. Turkish companies are engaged in the reconstruction of these areas, including building highways and infrastructure, as well as cooperation in the mining sector,” he said.

The minister underlined that Azerbaijan believed that with the assistance of Turkey and other friendly countries, the reconstruction process of the liberated territories would allow the displaced Azerbaijani population to return to their homelands.

Turkey was a key backer of Azerbaijan during the last year’s 44-day Karabakh conflict between Azerbaijan and Armenia. The clashes erupted in September 2020 and ended with a Russian-brokered cease-fire on Nov. 10, 2020.

The minister emphasized that the visit of President Recep Tayyip Erdoğan to Shusha and the signing of the joint Shusha Declaration by the presidents of Azerbaijan and Turkey is a historic event.

He recalled remarks by Azerbaijani President Ilham Aliyev as saying, “The historic significance of this visit will be spoken for many years to come.”

The minister noted that the declaration covered a wide range of issues, including cooperation at the international level, political, economic and trade relations, culture, education, youth policy and other areas. He emphasized that it “demonstrates once again that Azerbaijan and Turkey will always be together and ensure each other’s security.”

The declaration demonstrates the importance of energy security and emphasizes the leading role of Turkey and Azerbaijan in the implementation of the strategic Southern Gas Corridor, which contributes to the energy security of the region and Europe, he said.

In this regard, Azerbaijan and Turkey will continue their coordinated efforts to ensure the efficient use and further development of the Southern Gas Corridor, Bayramov stated.

When asked about the military and defense industries aspect of this cooperation, the minister cited a wide range of areas.

“Defense cooperation between Azerbaijan and Turkey includes the exchange of personnel aimed at strengthening defense capabilities and military security of both countries, joint training and exercises, close cooperation in the management of weapons and ammunition based on modern technologies, as well as the implementation of joint projects to develop and exchange of technologies in the maritime, air and space sectors and the development of mutual defense industry technologies.”