Earlier, CSTO Secretary-General stated that the escalation in southern Armenia was a "border incident" and was not covered by the CSTO Charter clauses on collective security. 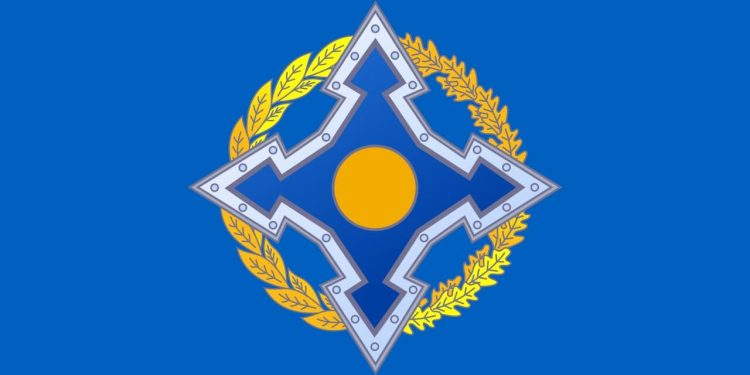 Armenian Security Council Secretary Armen Grigoryan disagreed with some assessments CSTO Secretary-General Stanislav Zas made in his July 3 statement during the phone call between the two officials Monday the Security Council office said.

“The Security Council expressed his certainty that the current situation cannot be called an incident because the Azerbaijani servicemen have been staying on the sovereign territory of Armenia for a long time. Considering that the Azerbaijani actions are an obvious attempt of occupation, Armen Grigoryan underscored that the CSTO Secretary-General must exercise restraint in definitions in order to avoid jeopardizing the settlement efforts,” the statement says.

Grigoryan underscored that the CSTO Secretariat should organize a visit to the Armenian-Azerbaijani border in order to examine the situation on the ground, the Security Council said.

On July 3, Stanislav Zas told journalists that the escalation in southern Armenia is a “border incident” and is not covered by the CSTO Charter clauses on collective security. According to the Secretary General, no escalation is being observed at the moment.

The Secretary-General also informed that, after Armenia contacted the Organization in May, it held consultations on the situation in Armenia’s border regions. Zas assured that the CSTO constantly monitors the situation in southern Armenia. The Organization receives information from many sources, including the Armenian side and Russian peacekeepers, Zas added.