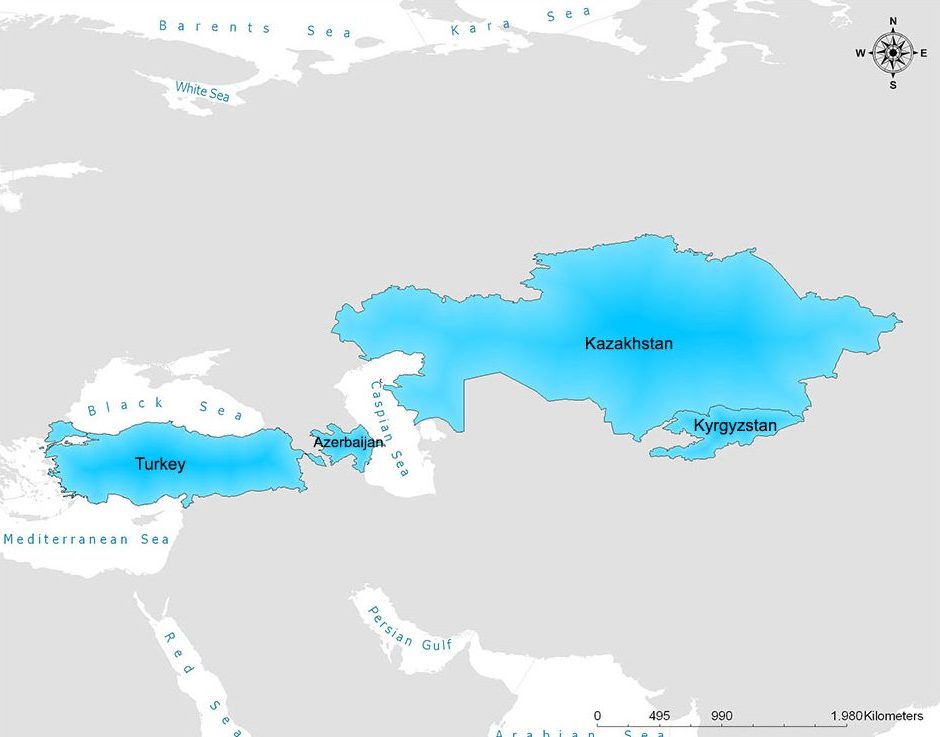 The Heads of States of the Turkic Council,

Celebrating Nowruz, a holiday which welcomes the vernal equinox and symbolizes the renewal of nature and the beginning of new life;

Highlighting the remarkable political and socio-economic progress that the Turkic Speaking States achieved during the last decades and highly valuing the evolution of multilateral relations in the Turkic World and expressing their strong commitment to further deepening cooperation among the Turkic States;

Commending the liberation of territories of the Republic of Azerbaijan from military occupation and welcoming the end of the Armenia-Azerbaijan conflict;

Reiterating their determination to lay down long-term vision and goals for closer cooperation and enhanced solidarity in the Turkic World and to shape the strategic orientation;

Underlining the significance of the multilateral economic cooperation as a tool for contribution to the peace, stability, security and prosperity for the benefit of their peoples;

Acknowledging the spiritual significance of the city of Turkistan in bringing peoples together from across the wider Turkic World;

Praising the heritage of Kozha Akhmet Yasavi as a great inspirational figure, who founded Turkic school of Islamic morality and exerted a powerful influence on the development of philosophy across the Turkic World;

Expressing the importance of continuation of holding consultations on regional and international issues affecting the interests of the Turkic World in order to develop a consolidated position of the Member States of the Organization on them in line with the Nakhchivan Agreement on the Establishment of the Cooperation Council of Turkic Speaking States.

1. Proclaimed the city of Turkistan as a Spiritual Capital of the Turkic World. Agreed that other prominent ancient cities of the Turkic World might be accorded with similar statuses on a rotating basis in the future; and instructed the Secretariat to prepare a regulation on this matter in cooperation with the Member States to be adopted by the Council of Foreign Ministers (CFM) prior to the 8th Turkic Council Summit in Turkey;

3. Commended the Secretariat for the preparation of the initial drafts of the “Turkic World Vision -2040” and “Turkic Council Strategy 2020-2025”, and instructed the relevant authorities of the Member States to work with the Secretariat to prepare them for the possible approval in line with their respective national procedures at the next Summit in Turkey;

4. Expressed solidarity with the Government and the People of Azerbaijan in their effort to rehabilitate, rebuild and reintegrate conflict-affected territories and supported the normalization of relations between Armenia and Azerbaijan on the basis of mutual recognition of and respect for each other’s sovereignty, territorial integrity and inviolability of internationally recognized borders;

5. Stressed the importance of the economic outlook for enabling the Turkic Council to set more ambitious and achievable goals, undertake and effectively implement regional projects of strategic importance, in particular in the field of transport, customs, energy and infrastructure;

6. Noting the great merits of the famous poet and statesman Mir Alisher Navoi in the eye of the Turkic people, who made a great contribution to the development of the literature, art, social-economic, scientific and cultural life of the Turkic world, as well as in connection with the wide celebration of his 580th anniversary this year, agreed to establish the Alisher Navoi International Prize within the Turkic Council;

8. Commended the significant achievements in the activities of the Secretariat of the Turkic Council since the last Summit.

Adopted on 31 March 2021 at the videoconference in the Azerbaijani, Kazakh, Kyrgyz, Turkish and Uzbek languages.