Three Azerbaijanis killed as mine planted by Armenian forces explodes

At least three Azerbaijanis, including two journalists, were killed and four others injured when a mine planted by Armenia during its occupation exploded. 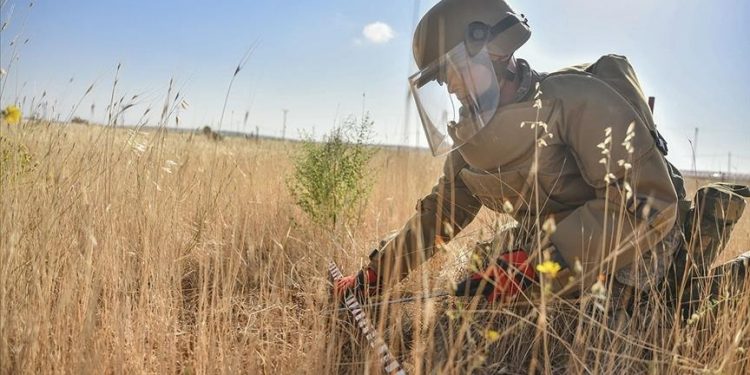 The explosion happened when a bus carrying journalists in the recently liberated Kalbajar region crossed over the mine.

In the explosion, Meherrem Ibrahimov, a journalist for the state news agency Azertac, and Sirac Abishov, a cameraman for Azerbaijan state television AZTV, were killed.

According to a statement by the top prosecutor’s office in Azerbaijan, Arif Aliyev from Susuzluk village, where the incident took place, also lost his life.

Ibrahimov and Abishov were assigned to record the destruction caused by the Armenian forces in the regions they had occupied.

Kalbajar region was recently liberated after a nearly three-decade occupation by Armenian forces.

During a 44-day conflict last year, which ended in a truce on Nov. 10, 2020, Azerbaijan liberated several cities and nearly 300 settlements and villages in Karabakh from Armenia’s occupation.