Pakistan and Turkey fully support Azerbaijan’s position on Nagorno-Karabakh against Armenia, which is in line with the several unanimously adopted United Nations Security Council resolutions. 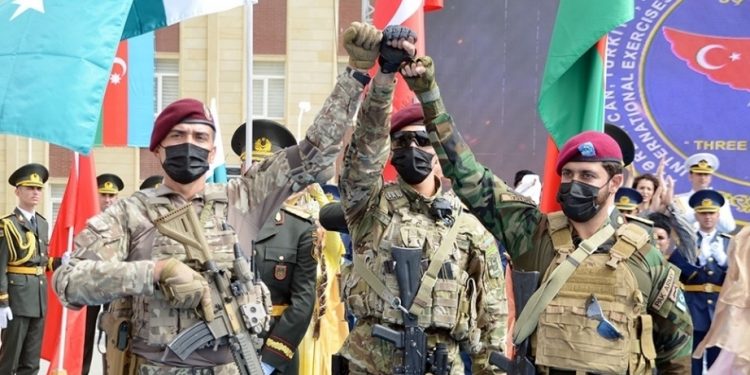 Special forces of Pakistan, Turkey and Azerbaijan participated in the exercise which was focused on the capability to counter regional terrorism threats in a hybrid scenario, fostering combined force interoperability, joint force integration and enhance capabilities in amphibious operations.

The chief guest of final exercise was Azerbaijan Minister of Defence Zakir Hasanov. Also in attendance were Services Chief of Azerbaijan, Commander of Special Forces Azerbaijan, General Hikmat Mirzayev along with observers from Kazakhstan and Major General Mumtaz Hussain from Pakistan.

Pakistan and Turkey fully support Azerbaijan’s position on Nagorno-Karabakh against Armenia, which is in line with the several unanimously adopted United Nations Security Council resolutions. The three countries are in process of strengthening their military relations.