This is not our interpretation. This is an exact quote from the guide for the UN staff, Putting Our Ethics to Work. To the work of the UN staff, that is. 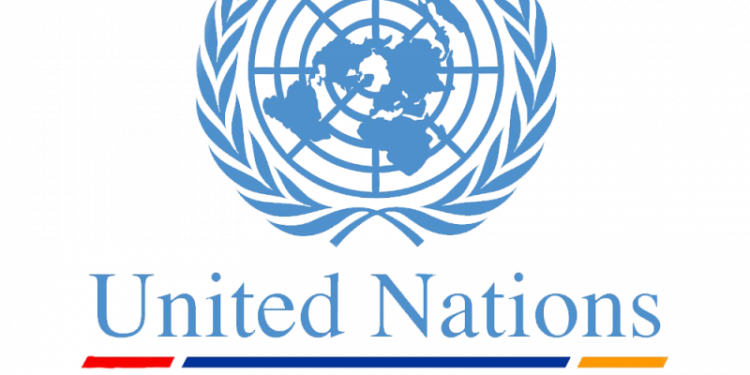 “I solemnly declare and promise to exercise in all loyalty, discretion and conscience the functions entrusted to me as an international civil servant of the United Nations, to discharge these functions and regulate my conduct with the interests of the United Nations only in view, and not to seek or accept instructions in regard to the performance of my duties from any Government or other source external to the Organization.”

“I also solemnly declare and promise to respect the obligations incumbent upon me as set out in the Staff Regulations and Rules.”

We find these beautiful, profoundly meaningful words in the text of the Oath of Office of the United Nations, which every employee of this organization takes. What a pity that these days they are not even worth the paper they are printed on.

We have deliberately separated each of these ethical values with periods, since today they seem more like nails being hammered into the coffin of hopes that the UN staff can honestly serve the ideals of a union of nations. Each of these lofty humanistic principles is like a bullet in the back of the head of the founding idea of the UN as a space free of ethnic and other forms of discrimination, hatred and hostility.

Those who have studied the history of the UN need no explanation as to why its sky-blue flag is stained with invisible blood. Over the past eleven years, 460 UN staff members were killed in the line of duty while trying to help those most in need. This is a terrifying figure! After all, the UN is not a military organization, and even its Blue Helmets do not engage in hostilities, but only try to keep the peace.

But looking at the UN flag today, we also see on it the invisible stains of rage against those who have made one of the main UN agencies into a puppet manipulated by a bunch of swindlers blinded by anger and hatred. Rage against those who not only allow UN provocateurs and schemers to go unpunished, but also promote them. According to the text of the United Nations Oath of Office, its staff, regardless of which agency they work for, must act with impartiality. As international civil servants, they must consider the impact and consequences of their actions or comments, and they must manage their conduct because UN personnel represent the international community, rather than individual governments or other political interests. They are accountable for the proper discharge of their functions and for their decisions and actions.

This is not our interpretation. This is an exact quote from the guide for the UN staff, Putting Our Ethics to Work. To the work of the UN staff, that is.

We believe that all UN staff members of Armenian descent have every right to sue the UNDP for discrimination. Because, judging by their behavior, not a single Armenian staff member received their copy of Putting Our Ethics to Work or has ever even heard of it. It seems that the perpetually persecuted nation was deprived of this as well. But not exactly. Not really.

They saw the brochure, they attended professional ethics seminars, and they were certified through online courses. In short, they knew perfectly well what a UN employee can and cannot do.

The trouble is, these people don’t give a damn about any rules.

Then again, they never have!

Did Armenians care about such trifles as international law or universal norms of human morality when they claimed or seized other people’s lands? Did they think about the lines that cannot be crossed when they slaughtered civilians in Khojaly? Did they care about the UN resolutions when they occupied Azerbaijan’s lands for thirty years, all the while making themselves out to be persecuted victims?

Not in the slightest!

Similarly, Tavukyan, Sahakyan, Grigoryan couldn’t care less about the rules… By the way, the latter has temporarily closed his page on social networks. Either he got scared, or he is cooking up another nasty trick.

Or take another ardent Armenian patriot named Narine Aslanyan, who god knows how wormed her way into the UNICEF. This lady working in Libya is so passionate about the occupation army of “Armenian lions” that she turned her Twitter page into a free supplement to the website of the Armenian Defense Ministry. As for the 44-day war, in which whole battalions of “Armenian lions” fled from Azerbaijani paratroopers, leaving weapons, military equipment and vehicles on the battlefield, Narine called it “senseless”. So, the thirty-year occupation and systematic devastation of Azerbaijani lands is logical, but the defeat of the Armenian army and units of Dashnak separatists, putting an end to the occupation, is senseless?

All these people knew very well that they were violating the professional code of the UN staff. And yet, they disregarded it, confident that their powerful patrons would not let them come to harm.

They were not wrong about that! Not only were they not harmed, they were even promoted.

Now, one has to ask the leaders of the UN: What does one have to do to rise even higher through the ranks in your organization? Steal something? Advocate violence, so that blood is shed and people die in the end? What is the great dark secret of the UN that triggers career advancement?

Do you think this is only about Armenians? It is not. Look at the UN Resident Coordinator in Armenia, Shombi Sharp. What does this gentleman post on social media? And who is he really? Judging by his texts, he is not a high-ranking UN official but a rabid Dashnak spouting blatant lies under the auspices of the UN. Just think about it: to please his Armenian partners, a UN Resident Coordinator is openly using social media to accuse Azerbaijan of using cluster munitions! This is completely out of line!

Fine, suppose the Armenians working at UN suffer from collective deafness and have never heard of professional ethics. But has the disease spread to nationals of other countries working in Armenia? Can you imagine the UN Resident Coordinator in Azerbaijan actively supporting our country’s accusations against Armenia? That could never happen!

Another question: where are the UN personnel in charge of press relations trained and instructed? I would very much like to know this, so that none of our journalists somehow ends up in that establishment. Because you can judge the level of professionalism of UN press liaison officers by the way they answer the question of why UN officials violate the rules and procedures of their own organization. They say: “We take issues of independence and impartiality seriously.”

Following which they send a long list of departments in charge of overseeing this (i.e., independence and impartiality).

Dear Sir/Madam. We don’t give a damn about these departments, since none of them have detected violations where they can be seen from a mile off! Otherwise, the UN officials who hate Turks and Azerbaijanis and feel free to proclaim it loudly would not keep their jobs, much less be promoted. They are now the “faces” of the UNDP in several countries, and one of them is in Armenia itself. At the same time, all these individuals teach the world the lofty, bright, and right things and promote timeless human values to the suffering peoples!

I wonder how the UN’s government partners would react if they knew they were dealing with disreputable, primitive jingoists and chauvinists who, instead of the right to serve the world, chose the unpunished and well-paid opportunity to vilify, lie, and hate?

Sadly, today the official face of the UNDP is deformed with a grimace of malice and rampant nationalism. And unless it puts on a civilized expression, a requiem for this subsidiary of the UN will keep on playing in the Republic of Azerbaijan.