The statement of Belarusian President Alexander Lukashenko on the prospects of Armenia joining the Union State of Russia and Belarus caused another outburst of anti-Belarusian sentiments in the Armenian society, whose feelings for Belarus were already less than warm because of the latter's close political and military-technical ties with Azerbaijan. 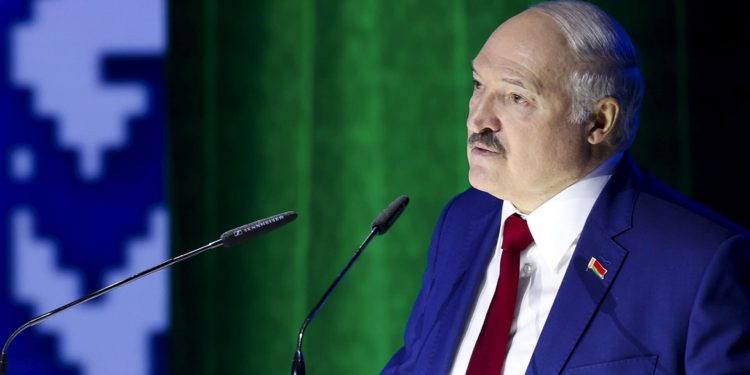 You might remember that in a recent interview with Russian TV presenter Vladimir Solovyov the Belarusian leader said that other post-Soviet republics could join the Union State of Belarus and Russia, most likely Armenia: “Armenia has no choice. Do you think anyone wants them? Nikol Vovayevich saw that.”

As a result, for two days now, the Armenian mass media and the Armenian segment of social media have been going ballistic over this statement, which was basically just a statement of facts. Yes, it is unpleasant for Armenia and Armenians, but the truth, as they say, always comes out. The truth can be hard to swallow, just like in the Armenian case, but they must realize deep down that they have been left out of the regional processes and that nobody needs them as they are now—a semi-independent pauper country. Yet, it is beyond them to admit it, it contradicts their image of a “small but proud nation”, so, Armenia unleashed holy hell on the Belarusian president, and neither political experts nor the media are mincing their words.

“Dictator”. “Lukashenko is working hard for his allowance: now he’s attacking us, now he’s selling Polonez to Azerbaijanis, now he’s lecturing us.” “Lukashenko openly lobbies Baku’s interests in the CIS, CSTO and EEU, while ignoring the interests of Armenians”. These are just some of the bitter remarks made by the Armenian media.

Pashinyan is getting his share as well. “Nikol is not respected outside the country. And since Nikol represents Armenia, they don’t respect Armenia either.” “Criticizing Lukashenko through the mouths of our ‘intellectual titans’ is harmless. For example, he could then defend himself to Lukashenko by saying it was done without his permission.”

Interestingly, some Armenian media openly call on their active readers to attack the Belarusian embassy in Yerevan and the ambassador himself. Given the wealth of terrorist experience of Armenians, who have even carried out a terrorist attack in their own parliament, the Belarusian diplomatic mission in Yerevan should be on the alert and tighten security just in case.

However unpleasant it may be for Armenians, Alexander Lukashenko voiced a bitter truth: 30 years after gaining independence, Armenia has joined the cohort of objects on the political map of the world described by the phrase “failed stated”. It offends them even more that the president of Belarus said exactly the opposite about Azerbaijan. “Azerbaijan doesn’t belong to this cohort. It’s a whole separate matter. Turkey, of course, gives very strong support to Azerbaijan. Roads, gas, oil go through Turkey…,” Lukashenko said. That was a sucker punch for the Armenians, sending them into a fit of anti-Belarusian hysteria.