US Department of State reveals desecration of Azerbaijani graves by Armenians, while UNESCO continues to play politics

The US Department of State has issued its traditional International Religious Freedom Reports, in which it for the first time (!!) focused closely on the problem of the destruction of Azerbaijani monuments in Karabakh. 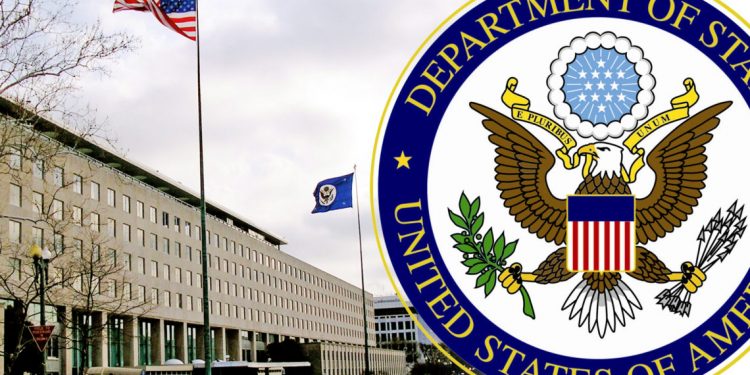 In particular, the report provides documented evidence of the systematic destruction of dozens of Azerbaijani cemeteries in Fuzuli, Agdam, Zangilan, Kalbajar, and Jabrayil.

A special emphasis was placed on the barbaric desecration of Azerbaijani graves. According to the report, during the years of occupation the Armenians were systematically waging war even on the dead, opening up Azerbaijani graves en masse.

“Graves were desecrated; in some instances, holes were dug out to rob graves, while other sites showed evidence of the destruction and exhumation by heavy construction equipment,” the report says. “The remains from Azerbaijani graves were exhumed and gold teeth removed, leaving skulls and bones strewn across Azerbaijani cemeteries or in some cases completely removed.”

The US Department of State points out that in contrast to Azerbaijani cemeteries, Armenian cemeteries in Karabakh remained undisturbed.

The report also says that extensive mining of the Azerbaijani territories by Armenians over the decades of occupation made it impossible to access a vast majority of hundreds of religious sites in towns and villages.

Examples of known damage to significant religious sites include the 19th-century Haji Alakbar Mosque in Fuzuli District, which was destroyed, and the Juma Mosque in Aghdam, which was vandalized with Armenian-language graffiti and whose mehrab (the niche in the wall that indicates the direction of Mecca) was riddled with bullet holes. Cemeteries throughout Agdam were desecrated, looted, and/or destroyed, including the sacred and historic 18th-century tombs of Imarat Garvand Cemetery, the city’s “Martyrs’ Alley”.

Facts of purposeful destruction of the Azerbaijani cultural heritage in Karabakh by Armenians were revealed after the liberation of the occupied territories. It is no coincidence that one of Azerbaijan’s priorities in the liberated territories was to make an inventory of the monuments and document the true extent of the destruction.

As we know, the world’s leading organization responsible for the preservation and restoration of cultural sites is UNESCO, to which Azerbaijan addressed a request to send a monitoring group to the territories liberated from the occupiers in order to give an official international assessment to the Armenian vandalism.

But UNESCO never responded to that request, which, as Minister of Culture Anar Kerimov recently told us, was a very unpleasant surprise for our country. According to the minister, UNESCO’s actions today are dictated by politics rather than humanitarian and technical issues, and the leadership of this UN agency is increasingly resorting to the practice of double standards.

At that time, many experts linked UNESCO’s refusal to send a monitoring mission to Karabakh to the position of France, who traditionally lobbies for the interests of Armenia, for a number of historical reasons. Moreover, UNESCO has become so dependent on Paris in recent years that it has been dubbed in diplomatic circles a branch of the French Foreign Ministry.

Nevertheless, even despite UNESCO’s biased position, Azerbaijan continued consistent efforts to expose the facts of Armenian vandalism to the international community. The newly released report of the United States Department of State, as well as the agreement on sending a UNESCO mission to Armenia and Azerbaijan reached in the course of the video conference of the leaders of Azerbaijan, France, Armenia and President of the European Council in February this year, proves that these efforts are yielding positive results.

Finally, it is no secret that after gaining independence, Armenia began systematic destruction at state level of historical, religious and cultural sites of obvious Azerbaijani origin.

After the last ethnic Azerbaijani was driven out of Armenia, the authorities of that country did their best to erase and eradicate its Azerbaijani past. Not only did Armenia change the names of ancient Azerbaijani lands, but also brazenly appropriated our cultural monuments. The monuments whose Azerbaijani origin was too prominent to conceal were simply destroyed.

Two figures alone speak volumes: 300 mosques in the territory of present-day Armenia have been completely demolished or barbarically modified, and over 500 (!!!) Azerbaijani cemeteries have been destroyed.

So many unique Azerbaijani architectural and historical monuments have been appropriated or destroyed by Armenians! The 17th-century palace of Sardar Khan, the 18th-century Abbas Mirza Mosque, the 18th-century Blue Mosque, the 19th-century Hasanali Bey’s Bathhouse, the Salim, Talin and Afshar caravanserais… The list can go on and on. No wonder that over the years Armenia used every possible leverage to prevent UNESCO experts from visiting its territory.

However, all this is in the past. Soon the world will know the true extent of the cultural genocide of the Azerbaijani people committed by Armenia. And the body of evidence of this monstrous vandalism, exposed, documented and disclosed to the world community will form the backbone of lawsuits against Armenia in international courts seeking appropriate material and moral compensation.