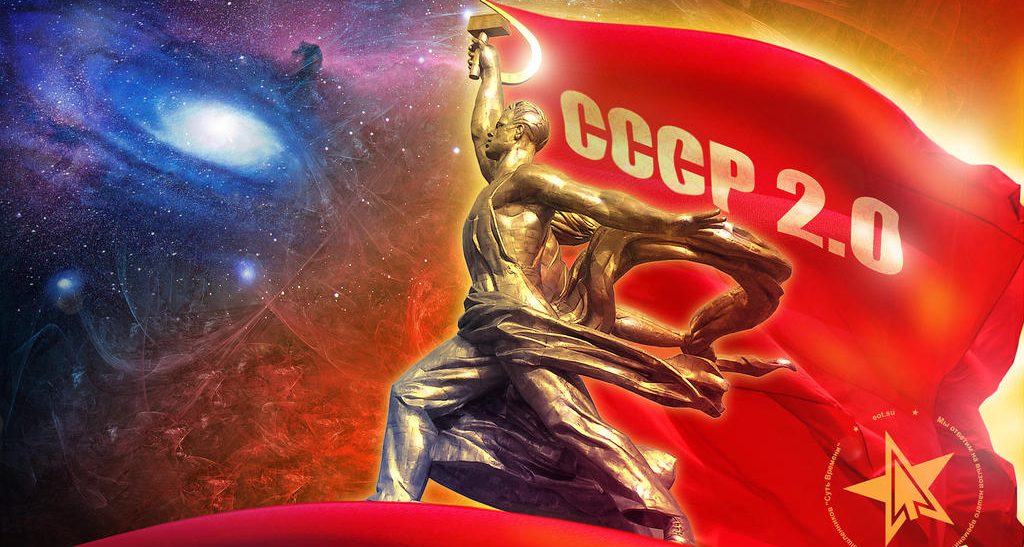 Remember that tune from the song “Forgiveness”, which in Soviet times was also used in the weather forecast in the Vremya program? But something caught my eye. Something about that forecast looked alarming. Deja vu? It would seem so—first the weather in the capitals of the former USSR republics, in the order of geographical location too: the Baltic States, Belarus, Moldova, Ukraine, the three South Caucasus states, Central Asia, and then Russian cities. Something clicks in my head: if this is an old intro from Soviet times, then why, for example, it’s Samara instead of Kuibyshev and St. Petersburg instead of Leningrad?

The answer came quickly: I caught the end of the program “30 Years without the USSR. Russia. Figures. Facts,” where the presenter was being nostalgic about the Soviet times. You’d say, so what, watch it and forget it. But no, what I saw on the TV screen stirred up unpleasant thoughts, hence this article.

You don’t have to be an analyst or wise as Solomon to miss the trend of the last 17-19 years in Russia that spells danger for the 11 post-Soviet states. We are talking about the complex socio-political phenomenon of nostalgia for the USSR and the Soviet times. And yes, that was not a misprint: 11 states, not 15—the three Baltic countries are under the NATO security umbrella, and the above phenomenon carries no threat to them. No direct threat… Nostalgia for the USSR in Russia is not a random phenomenon. In contrast to the turbulent 1990s, when the majority of Russians had no time for ideologies and nostalgia for the imperial past (just trying to survive and get by in this whirlwind of events was hard enough: rapid inflation, the war in Chechnya, market crashes, and frequent changes of government in the late 1990s), the 2000s, with its rising energy prices, brought about some peace of mind. And with it came an ideological crisis. Russian society never found a new guideline for Russia, a country where bears walk on city streets, it never became a “friend” to the rest of the word, remaining a cheap gas station for it. Plus, the former socialist camp brothers flocked to NATO and the EU, fearing the unpredictability of their eastern neighbor with nuclear warheads. Admittedly, time has shown that these fears were not entirely unfounded. But we will come back to this. Since a new reference point was never found, the old one—the USSR—was brought back to life. All the more so because the Kremlin never stopped dreaming about it.

And it snowballed from there. Propaganda (there was practically no democratic media left in Russia by that time) began to actively inculcate positive portrayals of the Soviet past in the masses. The USSR was a totalitarian state? Come on, we lived peacefully and were confident about the future. The USSR was the second greatest power in the world and everyone was afraid of us. Stalin was a tyrant? Really? He won the war, he took the country with a plough and left it with nuclear weapons. Stagnation and decrepit Leonid Ilyich? Come on, at least sausage was cheap and housing was free for people on the waiting list.

Getting on the right side of history, sociologists began to cite the results of numerous opinion polls, which invariably showed that the majority of Russians regretted the collapse of the USSR and would like to see it revived, even in a modified form and format. A typical example: in December 2006 VTsIOM (Russian Public Opinion Research Center) presented the results of the study “Monitoring of social sentiments of the population in post-Soviet countries. The 6th wave of polls. November-December 2006”, according to which a third of respondents would prefer to live in a union of Russia, Ukraine, Belarus and Kazakhstan…

But, as we know, nostalgia alone will only get you so far: USSR 2.0 required a revival plan with concrete actions and tangible results. It was not long in coming. The first attempt to build a remodeled “USSR” was made by Russia in the spring of 2014. A great outburst of patriotic sentiments in Russian society, coupled with the pushing of a whole truckload of socio-economic problems far into the background, led to the annexation of the Ukrainian Crimea. By sending “men in green” to Crimea, Moscow ignored agreements and treaties and its obligation to respect Ukraine’s territorial integrity. On the other hand, “Crimea is ours”, for the first time in decades Russia “got something back” and its imperial ambitions are satisfied. The events in southeastern Ukraine under the slogan of “saving the Russian-speaking population from the Banderites” followed, then the establishment of the puppet quasi states of the Donetsk and Luhansk People’ Republics. This may be not all of Ukraine yet, but at least it is something. And Kyiv is now in limbo as well.

Then it was the turn of Belarus. Skillfully maneuvering between Russia and the West for many years, the Belarusian patriarch, “Batka”, was able to preserve both his personal independence in domestic and foreign policy, and the sovereignty of the country, which he was obviously not ready to give up. True, it was a Union State on paper, but Lukashenko was not eager to bend over for Moscow and become the de facto governor of the Republic of Belarus in the event of a takeover by Russia. He also did not agree to have Russian troops stationed on the territory of Belarus, because he also understood that by doing so, Belarus would become a target in the event of a war between NATO and Russia. Besides, a large part of the Belarusian society was openly against deeper integration of Belarus and Russia. Friends? Allies? Neighbors? Sure. But not a part of Russia.

Moscow spent a long time “breaking” the Belarusian leader (including by blackmailing him with energy supplies) but failed. In the end, Russia instigated the notorious protests in Belarus, after which Lukashenko and Putin signed the decree “On the guidelines for implementing the provisions of the Treaty establishing the Union State in 2021-2023″… Belarus effectively fell prey to the “USSR 2.0” project.

Thus, part of Ukraine, Belarus, Kyrgyzstan, Tajikistan, partly Armenia (let us not forget about the Transnistria, Abkhazia, South Ossetia, which are fully controlled by Moscow) are already virtually in the Kremlin’s pocket. But “USSR 2.0.” project will not be at least half-complete without Kazakhstan, where experienced politician Nursultan Nazarbayev has been in power for many years. Yes, he was one of the initiators of establishing the CIS and the EEU, but at the same time he firmly blocked Moscow’s interference in Kazakhstan’s domestic affairs. Kazakhstan’s transition to the Latin alphabet, Nur-Sultan’s participation in the Organization of Turkic States and the strengthening of relations with Turkey irked the Kremlin even more. Nazarbayev was an impediment to Russia’s work on the USSR 2.0—until January 3, when protests began in Kazakhstan, apparently organized by Moscow and Tokayev, who embraced its banners. As a result, Nazarbayev was removed from the political life of Kazakhstan and the country was included in the Kremlin’s geopolitical project.

No doubt, this tactic of Moscow may be justified in the short term. A number of former Soviet republics find themselves under the Russian umbrella. The nationalist-minded part of Russian society and political elite can be happy: by the centennial of the Soviet Union, the rough outlines of a new entity are beginning to emerge. In the long term, however, this is a very dangerous and misguided path. Russia’s neighbors begin to wonder, as they watch its politics, whether they are choosing the right friends. What if tomorrow they find themselves in the place of Ukraine, Belarus, or Kazakhstan? Maybe NATO membership is the only salvation from being swallowed by Russia?  Luckily, Azerbaijan is the last country to ask itself this question, because we have a strong friend and brother in Turkey. It is only when we look at the events in Kazakhstan that we begin to understand the foresight and vision of President Ilham Aliyev, who initiated the signing of the Shusha Declaration with Turkey last summer.

In conclusion: those trying to revive “USSR 2.0” today forget two important points. First, the Soviet Union’s backbone, or rather, its foundation, was the Communist Party of the Soviet Union. Not the proverbial friendship of peoples, which in reality never existed, but specifically the communist ideology. As soon as the CPSU began to wobble at the end of 1987, so did the entire Union, and its decline was only a matter of time, literally 2 or 3 years. The CPSU is no more, and no one in the post-Soviet space is going to embrace the banners of United Russia or the CPRF. Especially in Azerbaijan, no one—at least no one of sound mind and memory—would do this. By the way, a few more words about our country. What is the difference between Azerbaijan and the Russian republics of the North Caucasus and the Volga region? Not only are we an independent state, but we also have the Azerbaijani flag flying proudly above all other flags in our country. In Dagestan, Chechnya or Tatarstan, the Russian tricolor is always higher than the national flags of these republics. Can you see the difference?

And the second point: I recall the famous quote by Russian President Vladimir Putin: “Those who do not regret the collapse of the USSR have no heart. And those who want it restored to its former form have no head. I wonder which of the Kremlin towers dreaming of restoring the USSR has lost its head. Or did we perhaps just overlook the caveat about restoring it “to its former form”?